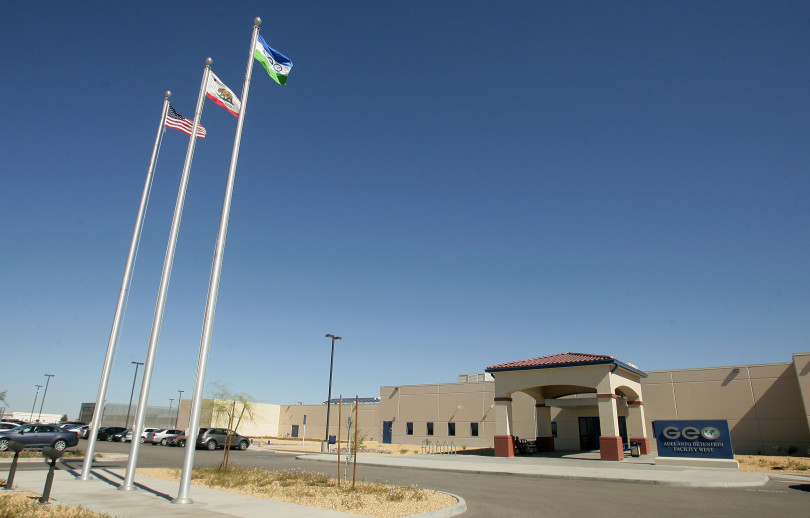 A U.S. District Court judge on Thursday, saying he was “concerned with a lack of candor and honesty,” ordered the federal government to reduce its prisoner population at the Adelanto ICE Processing Center by more than 38 percent beginning Monday.

Judge Terry J. Hatter ordered ICE to release 50 prisoners a day beginning Monday until the private prison’s population whittles down from 772 to 475.

“The Court has been concerned for some time with the lack of candor exhibited by the Government and its counsel in this case. Now, the Court is concerned with straight up dishonesty on the part of the Government’s counsel,” Hatter wrote in his 15-page order.

Hatter’s order is the latest in a lawsuit filed in April by the American Civil Liberties Union against the private prison, the Department of Homeland Security and ICE over alleged overcrowded conditions at the facility that fail to address proper social distancing and sanitation guidelines amid the novel coronavirus pandemic.

The lawsuit alleges, among other things, that bunk beds are placed only 2 1/2  to 3 feet apart, four to eight detainees are crammed into 8-by-10-foot cells, detainees share sinks, toilets, counters, and showers, showers are less than six feet apart, and six to 10 prisoners dine at the same table during meal periods.

“Eight months into the pandemic, over 700 people remain imprisoned for civil immigration violations in an overcrowded jail where basic protective measures are impossible and dozens fall ill with COVID-19 each day,” said Jessica Bansal, senior staff attorney at the ACLU SoCal. “Today’s order confirms that our Constitution does not condone such basic disregard for human lives and safety.”

The private prison, operated by The Geo Group and the largest immigration detention facility in California, has long been the target of protests by Latino and Immigrant rights groups, who allege unsafe conditions and inhumane treatment of detainees.

Things came to a head on June 7, when hundreds of protestors vandalized the prison and vehicles in its parking lot with rocks, bottles and spray paint. A week later, a detainee protest inside the prison over the suspension of telephone, television and newspaper privileges and detainees being forced to stay in their cells 23 hours a day during a lockdown led to a skirmish between guards and about 150 prisoners.

ICE reported 162 confirmed cases of COVID-19-infected detainees on Thursday; none has died from the virus.

Hatter noted that while it is rare that the court is presented with direct evidence of dishonesty, he said the government provided the court with a “blaring example” of it. And although that “blaring example” involved a minor technicality surrounding the filing of a trial brief, Hatter said it was “the straw that broke the Court’s back.”