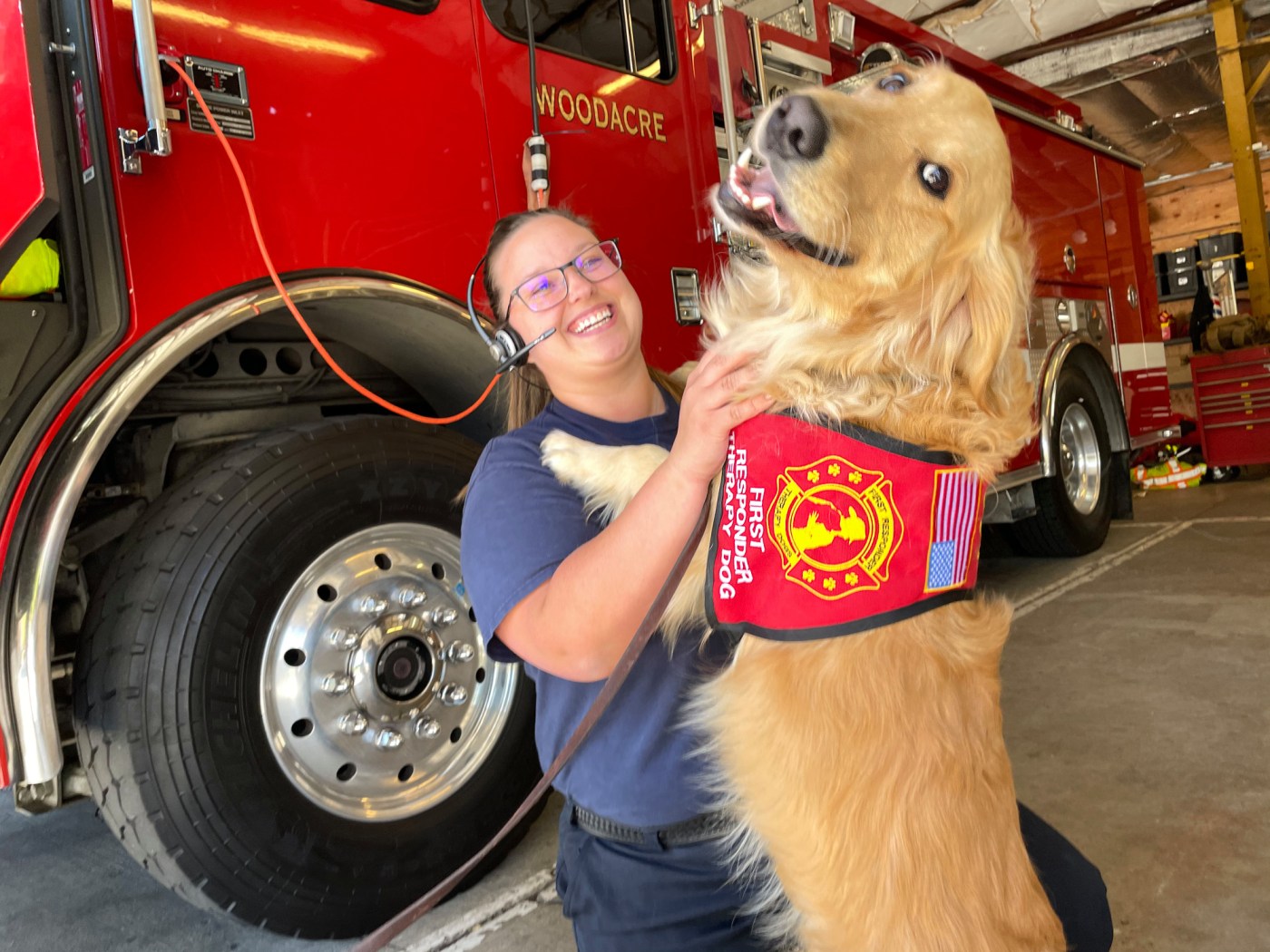 As Marin firefighters gear up for the fire season, Kerith, a 3-year-old golden retriever, is getting ready to offer them emotional support.

Kerith is a certified crisis response therapy dog who uplifts her firefighter friends with cuddles, licks and a friendly grin. She’s the star of First Responder Therapy Dogs, a Marin-based nonprofit, and has become a social media celebrity with more than 13,000 followers on her Instagram account at bit.ly/3eLwn1H. The nonprofit was founded by her handler, Heidi Carman.

In 2019, after back-to-back years of intense fire seasons, Kerith and Carman started touring base camps up and down the state to visit first responders battling wildfires.

“When I’m with her visiting firefighters, she is so happy,” Carman said. “There are the endorphins and dopamine flowing, and when I’m holding the leash, I feel really good too.”

Carman predicts that this summer is going to be busy.

“It’s been so dry with the drought, and each season seems to get progressively worse,” she said. “Unfortunately, it looks like it could be another bad one.”

Southern Marin fire Battalion Chief Jason Golden said he sees the benefit from therapy dogs for those first responders who are stationed at base camps away from home for weeks.

“That connection with a dog is a reminder of home,” he said. “Some of those guys are up 24, 36 hours, and all of the sudden they see this dog, tail wagging, it just brings a smile to their face.”

Kerith is also available to drop by local fire departments when firefighters are feeling stressed, anxious or traumatized after a dramatic call.

Hayward: They tried to help a homeless man. Now, they’re being fined.

Carman also takes Kerith to MarinHealth Medical Center weekly to visit with the paramedics, nurses and doctors at the ambulance bay in front of the emergency room.

“I think right now as we’re putting more focus on behavioral and mental health and post-traumatic injuries, anything that helps is welcome,” Morel said. “What I’ve seen is that animals play a role in that change.”

Grab your popcorn: Historic movie theater in Lafayette on track to reopen

San Jose community briefs for the week of April 16

Carman said she has enlisted two new dogs, Rocket and April, both 4-year-old yellow Labradors, and three other dogs are in training to join the crew.

More information about the nonprofit is at firstrespondertherapydogs.org.