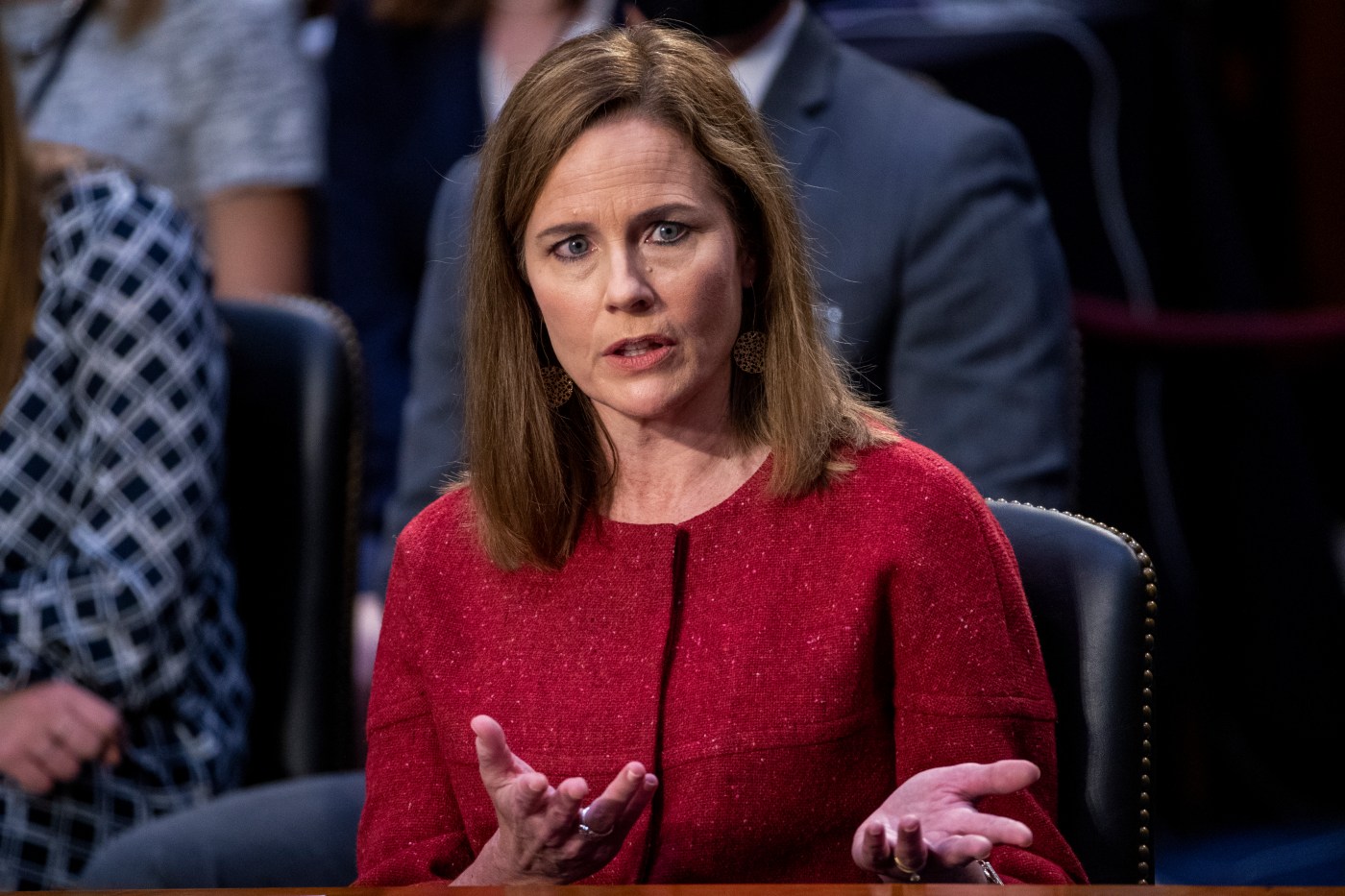 Amy Coney Barrett has been following recent precedent in her confirmation hearing before the Senate, pretending that she has never had an interesting thought in her life.

Is it illegal to intimidate voters at the polls? She didn’t want to weigh in. A president postponing an election? Hmm. She’d have to think about that.

If she had been asked about astronomy, she might have explained, “I have read things about the Earth being round. I would not say I have firm views on it.”

But for all the obfuscation, which nominees of Democratic presidents have engaged in as well, there is no hiding the essential truths that Barrett A) is very bright and B) would solidify a conservative Supreme Court majority whose judicial philosophy has been on the wrong side of many of the great issues of my lifetime.

Partly because of paralysis by legislators, partly because of racist political systems, forward-thinking judges sometimes had to step up over the last 70 years to tug the United States ahead. Those judges chipped away at Jim Crow and overturned laws against interracial marriage, against contraception, against racial and sexual discrimination.

Just this week, Bernard Cohen, the lawyer who won the interracial marriage case in the Supreme Court in 1967, died — a reminder of how recent such progress is. In that case, Richard and Mildred Loving, a white man and Black woman who married in Washington, D.C., had moved to Virginia, where the police barged into their home at 2 a.m. and arrested them in bed for violating an anti-miscegenation law. Forward-thinking justices struck down such laws — and that wasn’t about “activist judges” but about decency, humanity and the 14th Amendment.

For some working parents, only one solution to virtual school: drop their job

It was as recent as 2003 that enlightened Supreme Court judges struck down state sodomy laws that could be used to prosecute same-sex lovers. Three backward-thinking justices, including Antonin Scalia, Barrett’s mentor, would have allowed Taliban-style prosecutions of gay people for intimacy in the bedroom. (Barrett refused in the hearing Wednesday to say whether the case was rightly decided.)

It is true, as some conservatives argue, that this path toward social progress would ideally have been blazed by legislators, not judges. But it is difficult for people who are denied voting rights to protect their voting rights, and judicial passivism in these cases would have buttressed discrimination, racism, sexism and bigotry.

That brings us to another historical area where conservatives, Barrett included, have also been on the wrong side of history: access to health care.

Over the last hundred years, advanced countries have, one by one, adopted universal health care systems, with one notable exception: the United States. That’s one reason next month’s election is such a milestone, for one political party in America is trying to join the …read more