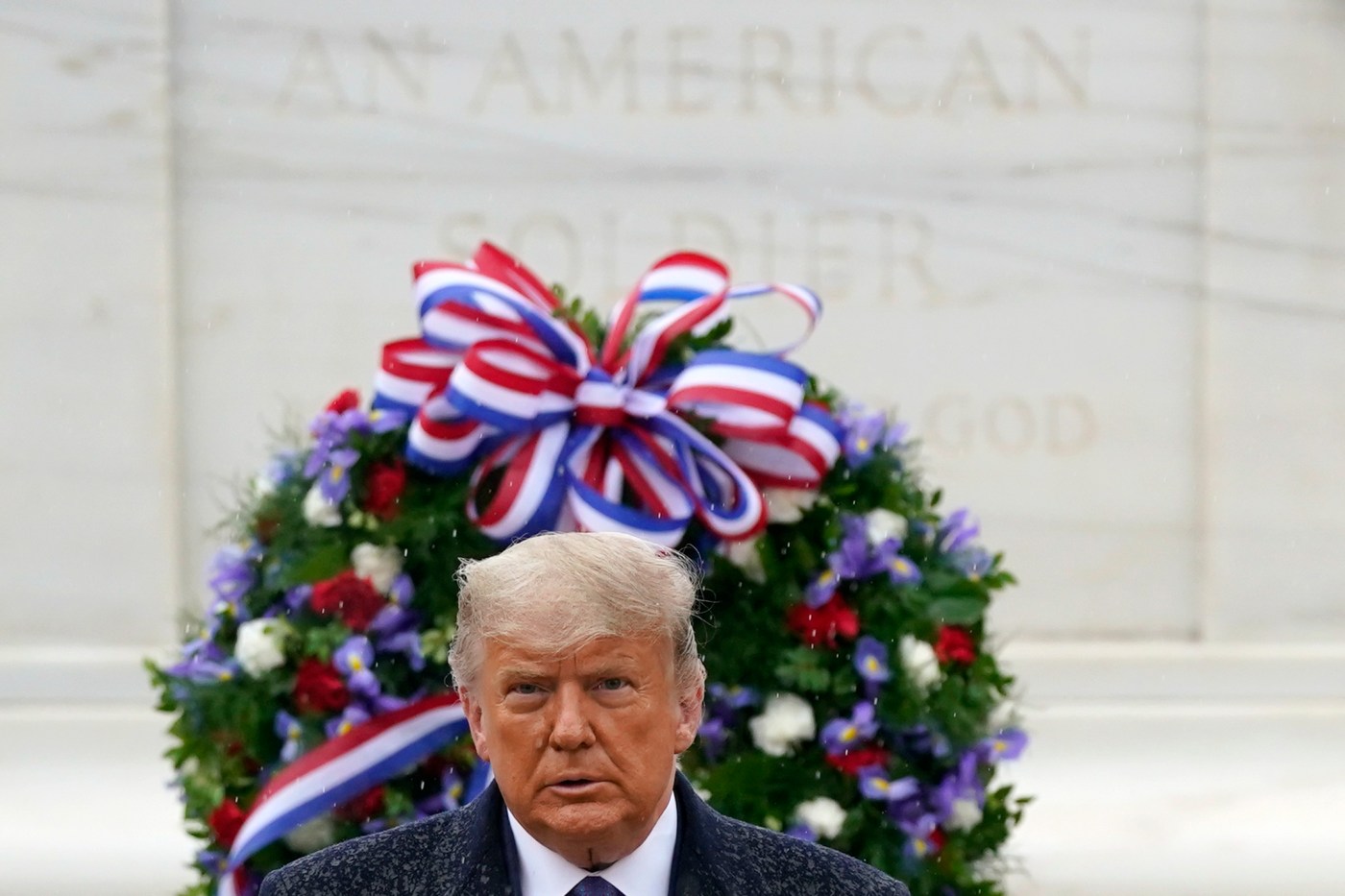 When Trump Vandalizes Our Country

As it became clear that she would lose the 2016 election and news organizations called the race for Donald Trump, Hillary Clinton spoke to her supporters.

“We must accept this result,” she declared. “Donald Trump is going to be our president. We owe him an open mind and the chance to lead.”

She did not boast that she had won 2.9 million more votes than Trump. She did not file lawsuits to try to reverse thin margins. And she did not offer evidence-free allegations of voter fraud — as Trump did, even though he had won. Rather, she buttressed the norm in American electoral politics of the loser acknowledging the winner.

This norm is as traditional as it is wrenching for the losers. In conceding the presidential race in 1952 and sharing how he felt, Adlai Stevenson recalled what Lincoln supposedly said after losing an election: “He said he felt like a little boy who had stubbed his toe in the dark. He was too old to cry, but it hurt too much to laugh.” Still, Stevenson resolutely called on his backers to support Dwight Eisenhower in the presidency.

In 2000, after the Supreme Court effectively ended Al Gore’s quest for the presidency, Gore likewise admitted his heartache but urged voters: “I call on all Americans — I particularly urge all who stood with us — to unite behind our next president.”

Trump might study the particularly eloquent speech by John McCain as he conceded to Barack Obama in 2008. McCain said: “I urge all Americans who supported me to join me in not just congratulating him but offering our next president our good will and earnest effort to find ways to come together.”

Trump’s pattern instead has been to scrape the wounds opened during campaigns, for he has been a sore loser as well as a sore winner. In 2016, when Trump lost the Iowa caucuses, he claimed that “Ted Cruz didn’t win Iowa, he stole it.”

Today Trump is not simply saying that we should wait for every vote to be counted in the 2020 election. Rather, he is fabricating election fraud and falsely claiming that he won, sowing doubts within his base about American democracy itself. A Politico/Morning Consult poll found that 70% of Republicans don’t believe the election was free and fair.

Republican officials have, with some noble exceptions, joined Trump in this dangerous charade, with Secretary of State Mike Pompeo asserting — perhaps jokingly — that “there will be a smooth transition to a second Trump administration.”

The blunt truth is that there is zero evidence of widespread fraud or impropriety, and in any case, the average statewide recount over 20 years has resulted in a shift of just 430 votes. There is no realistic chance for recounts to shift enough votes for Trump to win a second term.

Yet Trump is denying reality and impeding a lawful transition in ways that diminish the United States before the world, that make our country less governable and that risk inciting violence. This …read more