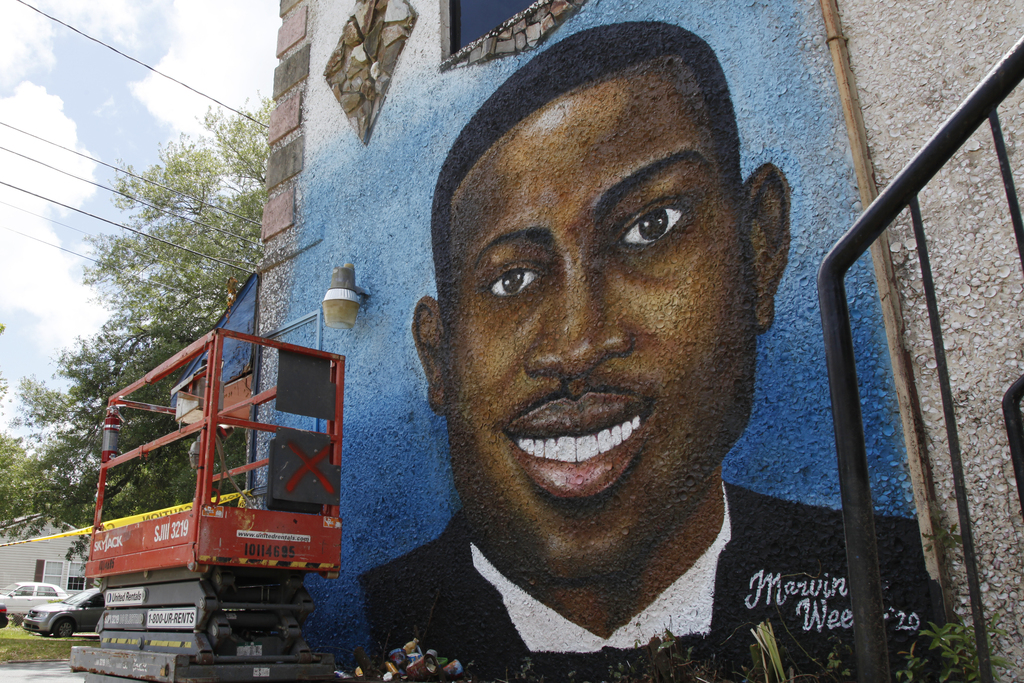 SAVANNAH, Ga. — When White men armed with guns pursued and killed Ahmaud Arbery as he ran through their neighborhood, few outside the Georgia port city of Brunswick paid much attention at first.

A year later, as three men await trial in the Feb. 23, 2020 slaying, those closest to the 25-year-old Black man sought to make sure Arbery’s death isn’t overlooked again.

Arbery’s mother filed a civil lawsuit Tuesday accusing the men charged in her son’s death and local authorities who first responded to the shooting of violating his civil rights. The complaint filed by Wanda Cooper-Jones in U.S. District Court seeks $1 million. Attorneys for the men charged with killing Arbery say they suspected he was a burglar and committed no crimes.

Members of Arbery’s family in Brunswick were expected to join a memorial procession Tuesday evening in the Satilla Shores subdivision where he fell bleeding in the street from three close-range shotgun blasts. Other relatives planned a candlelight vigil at a church in Waynesboro, where Arbery is buried in his mother’s hometown. At the Georgia state Capitol in Atlanta, Democratic lawmakers joined civil rights activists to mark the anniversary.

“It is important to remind people of the origins, when it all started,” said Jason Vaughn, Arbery’s high school football coach and an organizer of the Brunswick event. “For a long time, it was like we were yelling into the dark, and nobody was listening.”

Immediately after the shooting, police interviewed the men who chased Arbery down, and let them walk free. The first prosecutor assigned to the case saw no reason to bring charges. Pleas for justice by Arbery’s family went largely unheard as Georgia and the nation entered lockdown in the coronavirus pandemic.

Arbery had been dead for more than two months when a cellphone video of the shooting was leaked online May 5 and a national outcry erupted. The Georgia Bureau of Investigation took over the case the next day and swiftly arrested the shooter, Travis McMichael; his father, Greg McMichael; and neighbor Roddie Bryan on murder charges.

In Brunswick, the death of Arbery served as a wake-up call to many residents, both Black and White, that they need to be more active in holding elected officials accountable, said the Rev. John Perry. He served as president of the Brunswick NAACP chapter at the time of the killing. Now he’s running to be the city’s next mayor.

“Previously, we elected people into office and just trusted that they would do the right thing,” Perry said. “The failure to carry out justice in the Ahmaud situation said we needed to do more as citizens.”

In November, voters angered by Arbery’s death ousted District Attorney Jackie Johnson. Greg McMichael had worked as an investigator for Johnson, who many blamed for playing a role in the delayed arrests, an accusation she denies.

Marvel Studios & Disney+ | SUPER BOWL 2021 | Promo
A coyote attacks: ‘I gave it a punch to the nose’
SHARES
ShareTweet