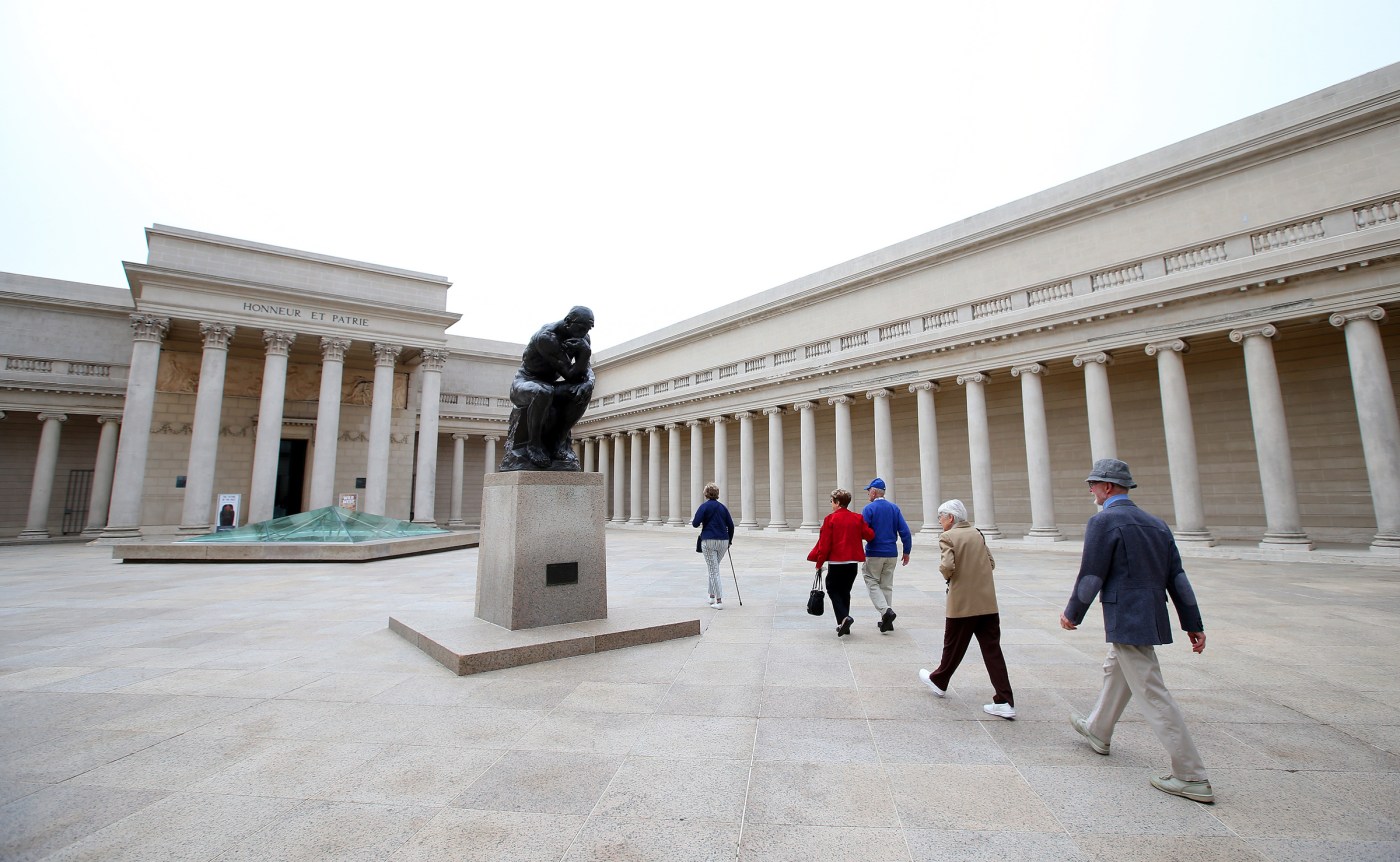 The Legion of Honor museum in San Francisco has set its reopening day for Friday, Oct. 30, with the debut of a unique conceptualized installation and film by Alexandre Singh, “A Gothic Tale,” which will run through Dec. 6.

The Fine Arts Museums of San Francisco — including the Legion and the de Young — were closed in mid March when the city ordered a mandatory lockdown and shelter-in-place because of the pandemic. The de Young Museum reopened in late September featuring the exhibit “Frida Kahlo: Appearances Can Be Deceiving.”

FAMSF members will have early access to the Legion on Oct 28-29.

“A Gothic Tale” combines Singh’s short noir dark comedy film “The Appointment” — with a mystery built on mistaken identity — with a related display of art works, all based on one of the key tropes of gothic literature, the doppelgänger. The installation was designed by Singh and art historian, Natalie Musteata.

According to a FAMSF press release, in an eerie presage to Singh’s film, “works that appear to be duplicates, such as prints of Roman tombs by Giovanni Battista Piranesi and biblical scenes by Albrecht Dürer,” will be shown against a backdrop of mirrored walls, showing works and viewers reflected endlessly in the gallery.

These works relate the founding and history of the Legion of Honor, which itself is a copy of the Palais de la Légion d’Honneur in Paris and also a funerary structure located atop a former cemetery, and built to commemorate the fallen soldiers of World War I.

According to FAMSF, Singh’s film is a playful thriller that embraces the Gothic genre, exploring doubling and mistaken identity. The protagonist of the film, Henry Salt, awakes from a nightmare to find an entry in his diary about a noon appointment he doesn’t recall making and he has no idea whom he will be meeting. When no one shows at the appointed time and place, he becomes obsessed with solving a mystery that only leads him into deeper and darker places.

Visitors to the museum also will be able explore European paintings and decorative arts collections as well as a newly installed gallery of ancient art.

Masks and social distancing will be required, and tickets must be reserved in advance.

Details: The Legion of Honor is located in Lincoln Park, 100 34th Ave., San Francisco. Admission is free on Saturdays for all Bay Area residents, beginning Oct. 31. Essential workers also can get free admission through Dec. 21. Otherwise, tickets are $15 for adults, $12 for those 65 and older, and $6 for students; admission is free for children 17 and younger; tickets.famsf.org. For more information, go to legionofhonor.org/visit-us.