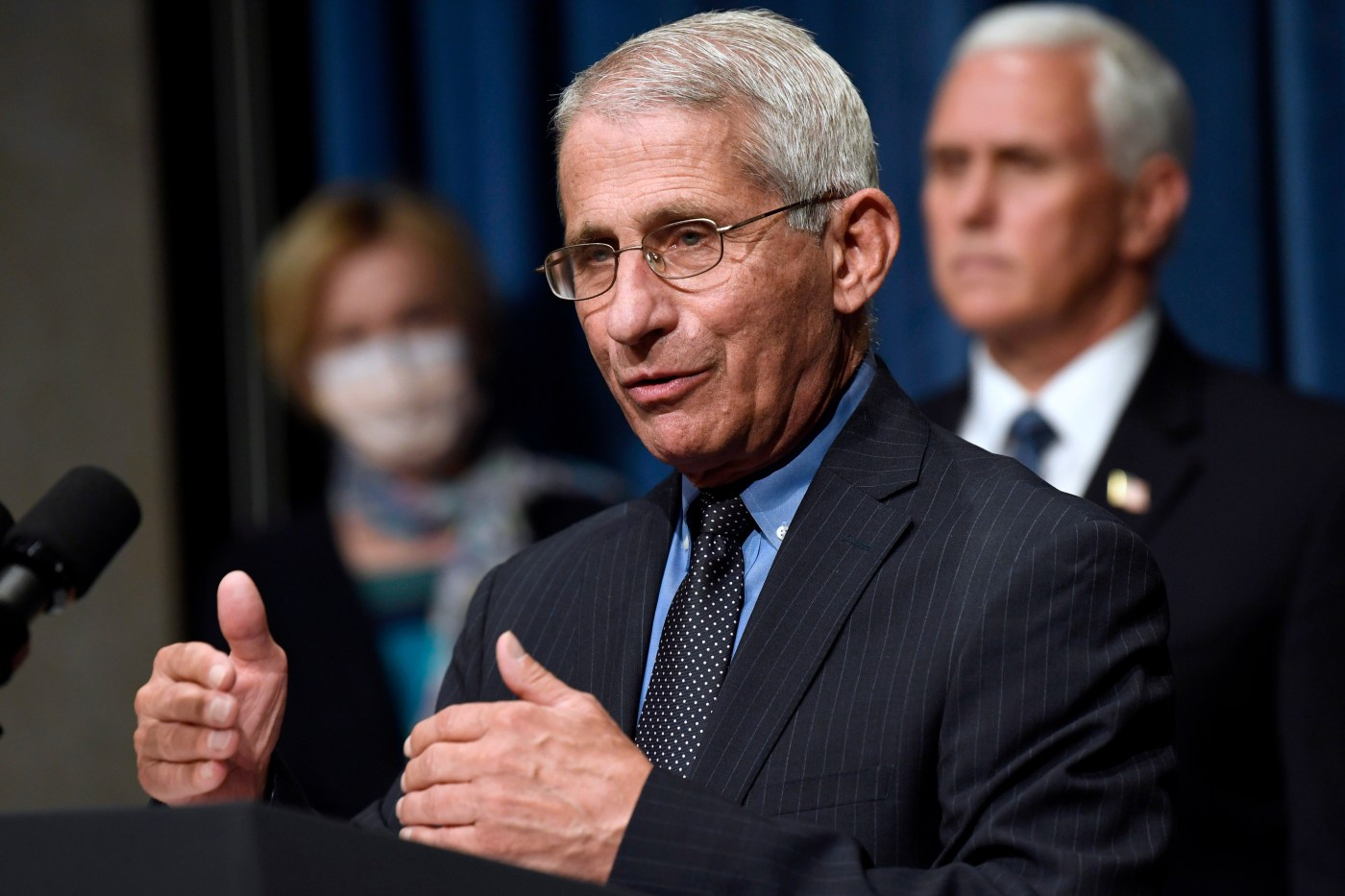 Anand Patel sadly has been drinking the Kool-Aid of the right-wing media (“Failure of Fauci, others not worthy of award,” Nov. 17).

Yes, back in March, Dr. Fauci indicated wearing medical masks was not needed. His reason was clear: Due to this administration’s absence of pandemic preparation there was minimal PPE available, and he was terrified that a rush by the general public to get masks would leave none available for health care workers.

As soon as this critical shortage was remedied Dr. Fauci stated clearly that masks were a critical strategy for flattening the curve and has continued to state that every day since then.

Dr. Fauci is a true hero for his constant stance on how to fight the pandemic and his willingness to do everything to protect the public in spite of all the attacks by those in high office.

T.A. Barbella’s Nov. 15 letter, “School official’s wife has right to express herself,” demonstrates what’s been lost these past few years: accountability and consequence.

We have not been able to hold a president accountable for what he says or how he says it. In the Las Lomitas Elementary School District case, there are grown-ups in the room saying that this isn’t OK.

We are gifted with the freedom to express ourselves. But boundaries are crossed when it becomes disrespectful and inflammatory. That brings consequences. Mehridith Philips Venverloh was expressing vile and racist views. The community held her accountable.

Her husband, school board President Jon Venverloh, put the community first and removed himself as the distraction. The community did what was necessary to get the focus back on teaching kids. And one of those lessons is that this behavior is not OK. I don’t know why it’s OK for T.A. Barbella.

The article about the hydrogen economy in the business section of the Nov. 16 edition of The Mercury News (“California tries to take lead in hydrogen economy”) is reassuring with respect to climate change. It reminds us that curbing carbon emissions is not just about solar and wind energy.

Electric cars are powered from batteries charged with electricity, much of which is generated by burning fossil fuels. We will continue to generate electricity with fossil fuels until we transition more completely to renewables.

But fueling cars, buses and trucks with hydrogen leaves no carbon footprint. Accordingly, we need both electric and hydrogen vehicles for transportation going forward.

Hydrogen fuel is another arrow in our quiver of climate change solutions. House Bill HR763, the Energy Innovation and Carbon Dividend Act, will encourage faster commercialization of new technologies like hydrogen fuels and provide new jobs to retrofit our existing fueling stations from gasoline to hydrogen.

There is nothing surprising about President Trump’s daily Twitter messages. What surprises us is the absolute kowtowing to these messages by the majority of …read more