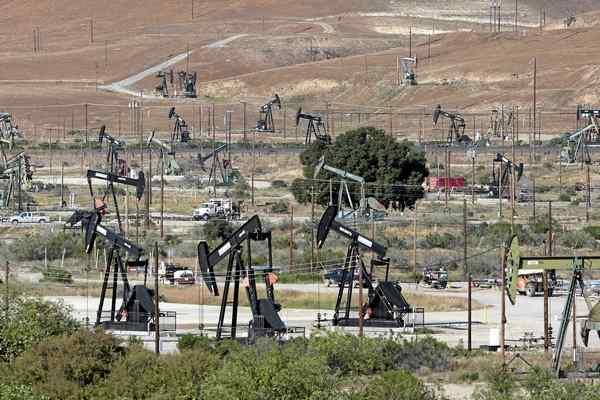 State should speed up
ban on fracking

The United States has dramatically increased natural gas production over the past decade and is a leading exporter to other countries. Gov. Gavin Newsom called for banning new fracking wells by 2024 (“Newsom bans new fracking permits,” Page A1, April 24), but the ban needs to be implemented immediately.

Using fresh water for drilling is reducing the relative humidity and drying out the environment. Water that is used to frack becomes nonpotable, while we have little rain and dried-up lakes.

Fracking companies care little about the environment, as demonstrated by Sunset Exploration threatening to frack waterfowl habitat in Suisun Marsh (“Wetlands drilling contested,” Page A1, April 12). Methane and carbon dioxide leaks during gas production cancel out any claims touting it as a “clean energy.”

Unless people are okay with living in a desert, fracking must end now.

The word ‘ghetto’ evokes images of a slum. The residents of urban slums – ghettos – live in humiliating conditions. However, I believe that, on April 20, Planning Commissioner John Stein never meant that the Eden Housing project would be a ghetto (“Official faces backlash after ‘ghetto’ comment,” Page A1, April 28).

The City Council’s Pavlovian response to a single word has created a kerfuffle that evolved into a firestorm. This has caused outrage and pain in the community. The idea of dismissing John Stein is appalling, considering his long service in city government. He obviously cares about the city and its future.

The Livermore City Council should consider engaging the community in discussions on May 3: Discuss, don’t dismiss.

Recently, we are seeing a scary outbreak in India, with the staggering number of over 400,000 cases in a day, the world’s biggest one-day jump in new infections.

Doctors and the news media in India point out that the skyrocketing cases in India are caused by a “double mutant” coronavirus variant — both more contagious and more resistant to vaccines. The rising cases also result from people’s relaxing public behavior and large rallies after the first wave.

In the United States, even though vaccines appear to be starting to curb new COVID-19 infections, we still need to remain vigilant at all times. Aggressive variants from Brazil and India have both been detected in the United States.

Wearing masks substantially reduces the risk of infection and transmission. Even though the CDC has eased face-mask guidelines for fully vaccinated people outdoors, I strongly recommend people continue to wear masks outdoors and remain vigilant.

GOP tokenism is not
the same as diversity

Letter-writer Douglas Abbott’s submission (“Examples of GOP diversity are numerous,” Page A6, April 29 ) would be comical were …read more