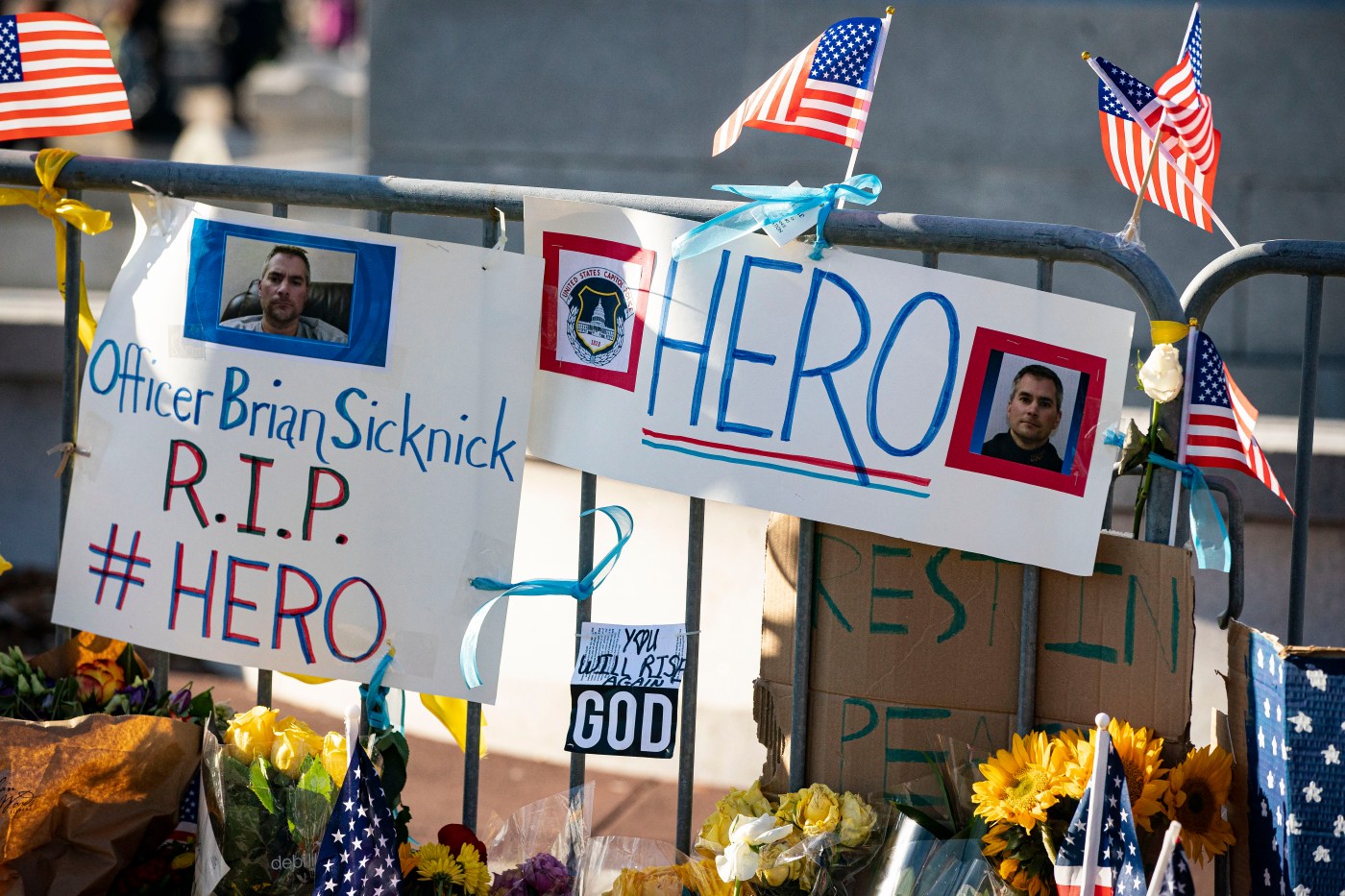 On Jan. 6, police officer Brian D. Sicknick was murdered by violent insurrectionists in the nation’s capital. The insurrection was a terrorist attack to overthrow the United States government and America’s democracy.

This is a call.

A call for every law enforcement agency to stand in solidarity with our elected members of Congress and the family members of Officer Sicknick.

A call for a press release statement from every law enforcement agency to condemn vigilantes who terrorize law-abiding citizens.

A call for arrest warrants on every insurrectionist.

And, a call for a national day of mourning for Officer Brian D. Sicknick who laid down his life defending freedom and everything we hold dear. I recommend Officer Sicknick to receive the Medal of Honor and for him to be buried at Arlington National Cemetery.

Column errs with
‘both sides’ rhetoric

In “Trump has blood on his hands after inciting mob” (Page A13, Jan. 10), Marc Thiessen condemns the deadly ransacking of the Capitol Building by President Trump’s insurrectionist mob and blames the media for spreading Trump’s lies.

He quickly pivots to also call out the media for “hyping flimsy allegations” against Trump. He notes that a recent poll that found most Americans believe much of the news is intentionally inaccurate. He suggests the ransacking will finally force an examination of conscience on all sides; like “there were good people on both sides.”

I didn’t think so then or now. A more rational explanation is that one segment of the media supports Trump with lies and distortion; a man who frequently demonstrates he is an “authoritarian willing to use violence to achieve his racial nationalist goals” to quote Paul Krugman in his article on the same page (“Appeasement got us where we are today”). The other segment of the media focuses on educating the public using facts and analysis.

Carnage in Capitol
was predictable

If you didn’t see the carnage coming last week you have clearly not been paying attention. This is exactly what Mr. Trump wanted and got.

As incapable as he is of running a business (his companies have declared bankruptcy six times) he’s even less capable of running a country.

This was the most scrutinized election in history. It’s time to believe and accept the results.

Cathy Ledbetter (“Trump’s critics ignore his accomplishments,” Letters, Page A8, Jan. 7) blames the media and Democrats for doing everything in their power to get rid of President Trump. She paints a picture of America and apple pie over the past four years. There is no mention of the divisive harm he has inflicted on this country and its citizens, or his failed response to the pandemic that has gripped our country for the past year resulting in the loss of close to 400,000 lives.

Attempts to justify his perceived “accomplishments” are completely overshadowed by the discord he has caused over the past four years, along with the unfathomable events of Jan. 6, which …read more