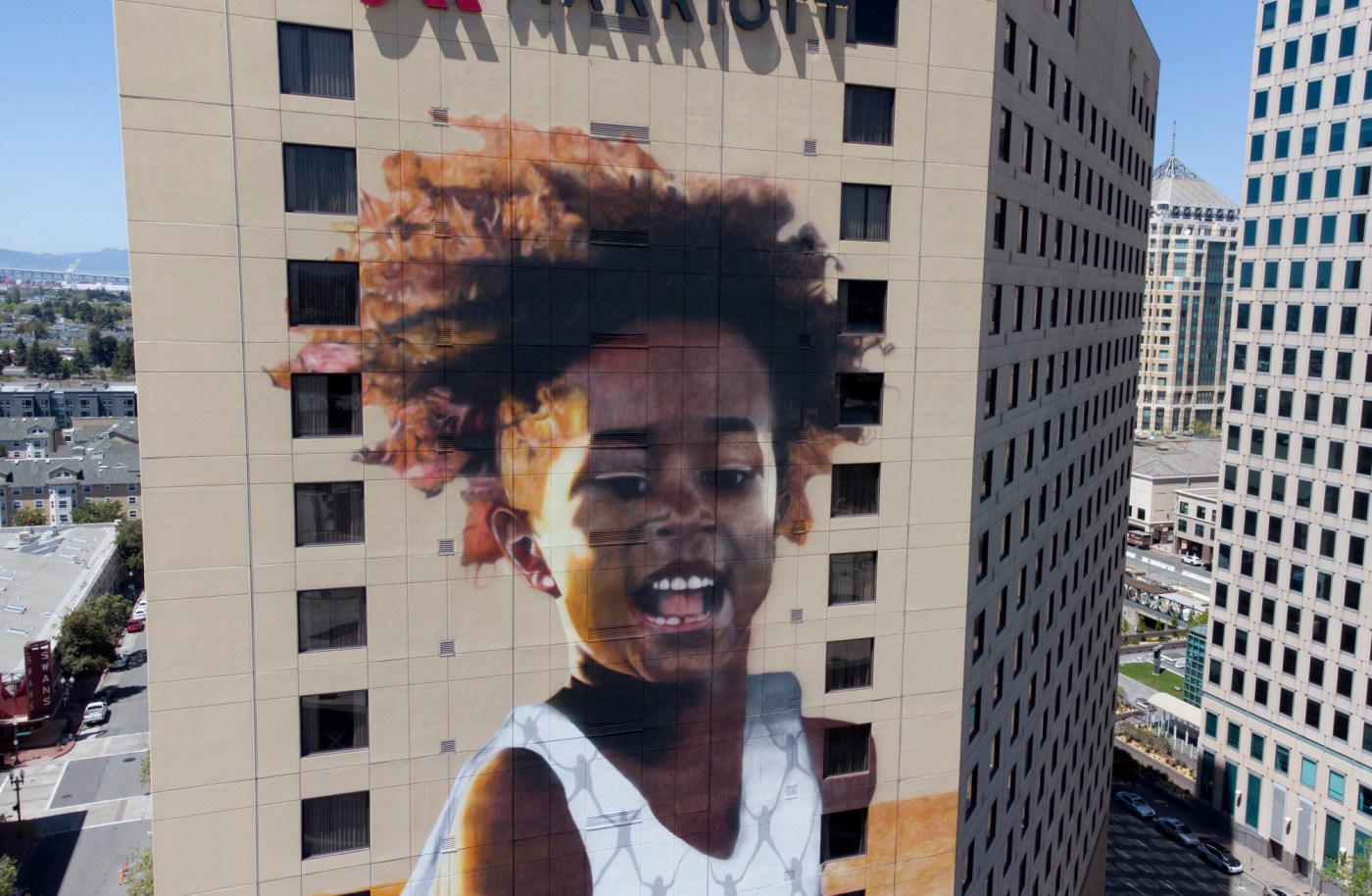 The “Zero Hunger” mural by artist Victor Ash (“Photos: A look at Oakland’s tallest mural,” May 1) caught my eye for both its impressive artistic appeal and powerful message against hunger. This extraordinary work in Oakland symbolizes the ongoing global fight against food insecurity, especially amidst the COVID-19 pandemic. It is an example of the critical role that art and artists play in spreading vital information to make a lasting impact.

In January, at the presidential inauguration, poet Amanda Gorman moved the world with her “The Hill We Climb” poem, another powerful artistic tool that united the nation through the hope and optimism she expressed.

The importance of art in our everyday lives — from raising awareness about social issues to enhancing a sense of community — cannot be belittled. It is imperative that we continue to promote art as a medium to deliver messages that will change and better the world.

Huge projects of solar in remote areas are inefficient because of losses entailed in transmission of power to point of use.

Solar projects (“Alameda County delays vote on solar panel project proposal,” Page B1, May 3) should never be placed over useful vacant land. Solar installations over parking lots create mini-solar farms that make dual use of the land, and the shade also protects cars from the sun. Also, they are in areas near power consumption which is good engineering practice.

Every sizable parking lot should have solar panels. Also, there are millions of acres of rooftops for micro-solar projects, and the buildings below use the energy as well as feed the grid.

I agree with Save Livermore Valley and the other groups that the proposed project be vacated. It’s a bad idea.

California should
ramp up desalination

Not for years but for decades now California has faced one drought crisis after another. The effects of population growth and climate change as well as other factors make action imperative now rather than later. Yet our governor and state legislators do nothing.

Sitting just off our coast is an unlimited supply of what could be fresh, drinkable water. Desalination is not the be-all-to-end-all solution but it could provide millions of acre-feet of much-needed water for Californians thirsting for a solution, albeit an expensive one.

I am writing to express my disappointment in the Livermore City Council’s treatment of John Stein at the April 26 meeting (“Official faces backlash after ‘ghetto’ comment,” Page A1, April 28 ).

I believe Stein provided valuable insight as to a possible outcome of a concentrated low-income housing project in downtown Livermore. He presented the example of a well-intentioned high-density, low-income housing project, Cabrini-Green in Chicago. Another example would be the Pruitt-Igoe project in St. Louis. Both of these well-intentioned projects turned out to be colossal failures.

As I understand it, the lesson to be learned …read more