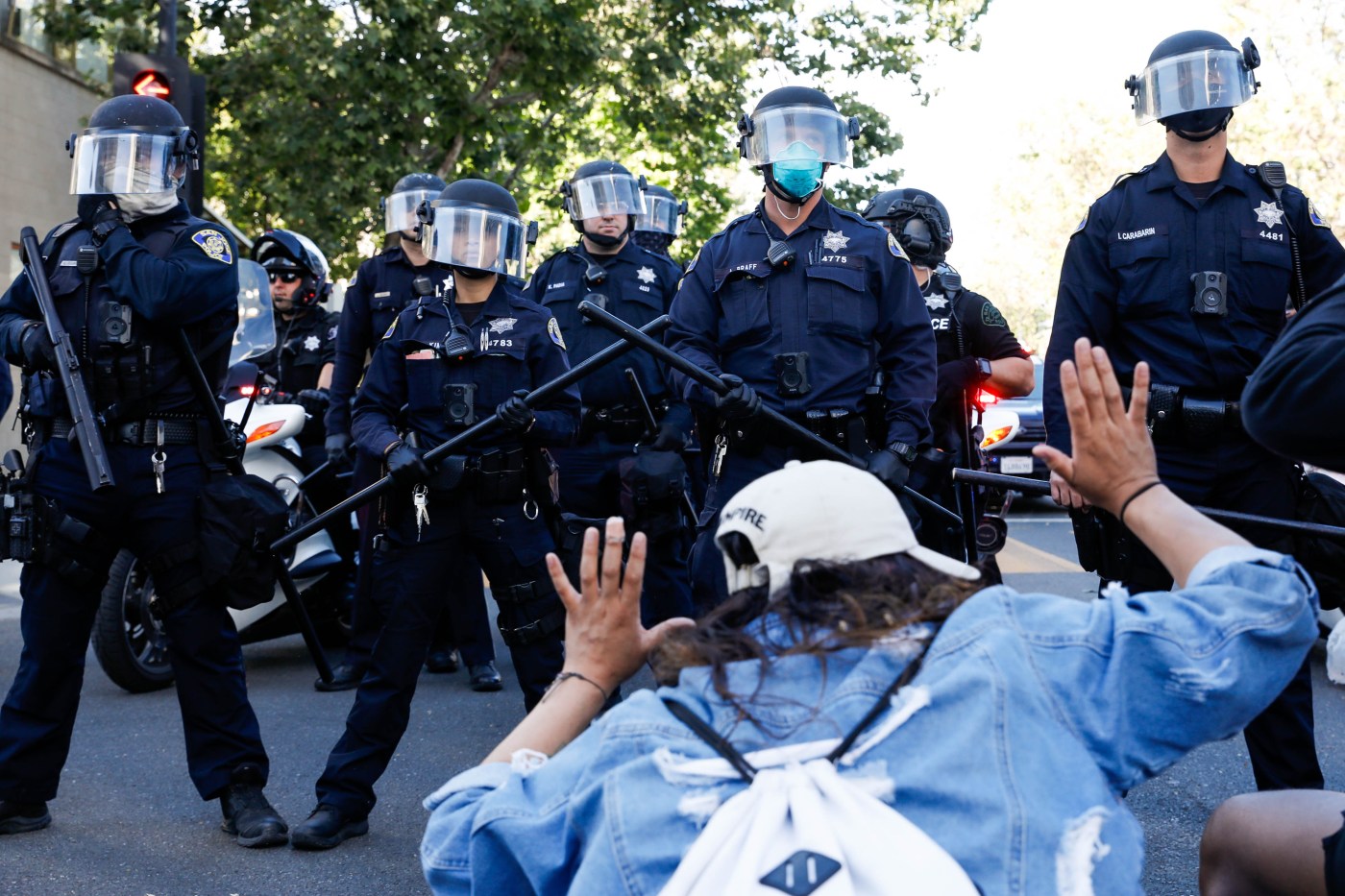 OIR Group, which serves as the police auditor for the city of Palo Alto and is contracted to provide civilian oversight for the Santa Clara County Sheriff’s Office, is leading the review and is holding a listening session via Zoom on Thursday evening.

The city commissioned the independent evaluation in the wake of the protests in late May and early June in downtown San Jose, which were marred by violent clashes between police and protesters during which police fired rubber rounds and tear gas that drew international attention to the city.

The city has been served with at least three federal civil-rights lawsuits on behalf of people who were injured or maimed by police during the summer demonstrations.

In the immediate wake of the protests, police internally restricted the use of rubber munitions for crowd control, but an outright ban proposed in the city council did not pass. Voters in November approved increasing the scope of the city’s Office of the Independent Police Auditor — which is not involved in the external review — to improve its access to data on internal police complaints and use of force, and authorized city leaders to expand the auditor’s powers.

After Oakland man dies in custody, Alameda looks at possible changes in policing

That includes a controversial effort to move police-misconduct investigations out of SJPD and into the purview of the IPA’s office.

Another city initiative that grew out of the protests, the City of San Jose Reimagining Public Safety Advisory Board — a city-community police-reform committee — was temporarily halted last week after an array of civil-rights leaders left the group to protest what they called a top-heavy process that diminished the community’s influence on any proposed reforms.

The community listening session led by OIR Group is scheduled for 6 p.m. Thursday and can be accessed via Zoom with the meeting number 933 5148 8832 and the passcode 963812. Those who want to contribute information but cannot …read more