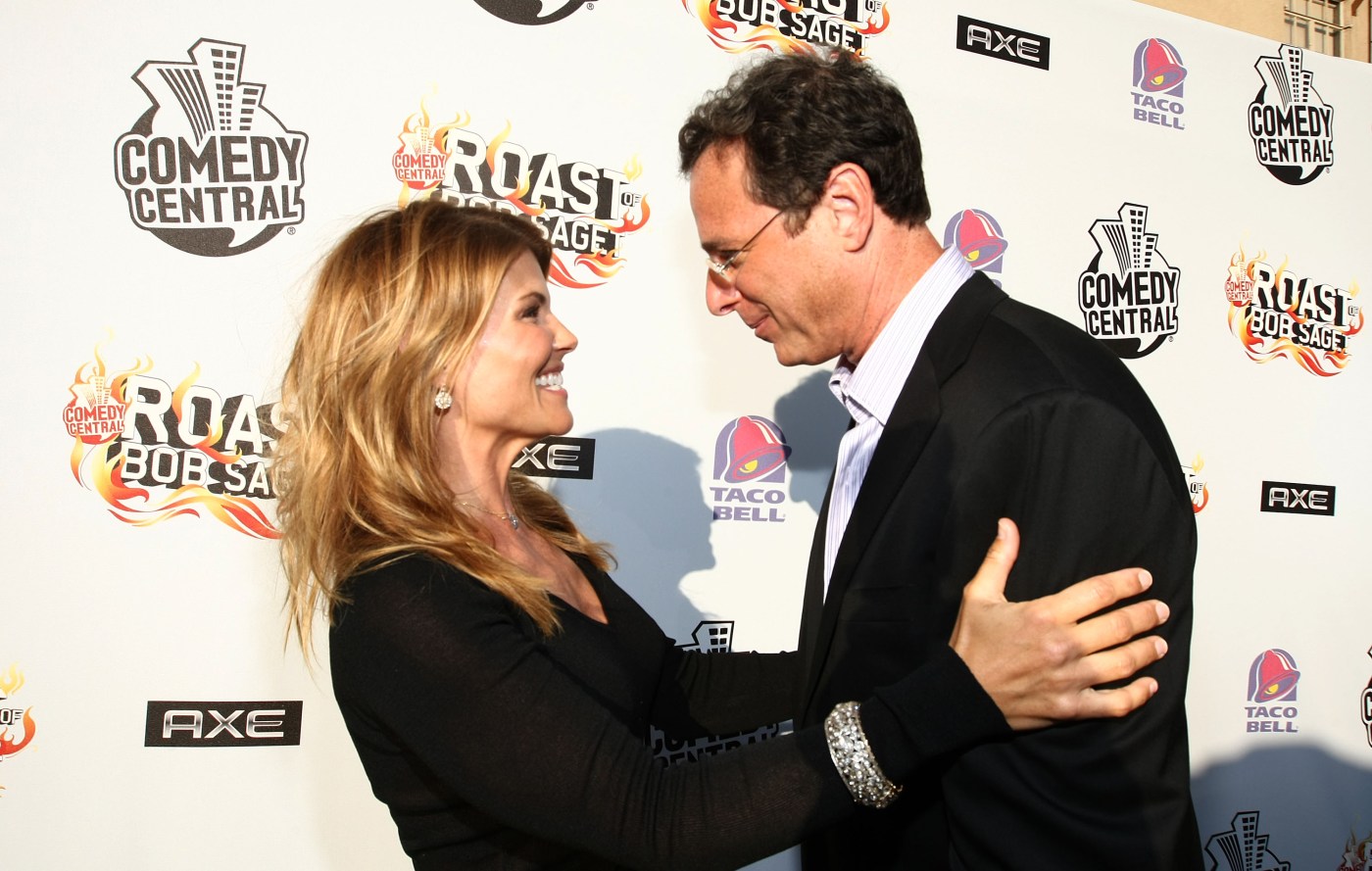 Lori Loughlin can expect to get criticized for trying to garner sympathy, anytime she says anything publicly about her regrets over her fraud conviction in the college admissions scandal or how she or her family is doing since she got out of prison.

But the disgraced TV actor wanted to pay tribute to Bob Saget, her “Full House” co-star, after learning of his sudden and unexpected death Sunday at age 65.

“Words cannot begin to express how devastated I am,” Loughlin said in a statement Monday to Us Weekly. “Bob was more than my friend; he was my family.”

“I will miss his kind heart and quick wit,” Loughlin, 57, continued. “Thank you for a lifetime of wonderful memories and laughter. I love you, Bobby.”

Loughlin clearly wanted to return the favor of Saget’s loyalty and love. The actor and comedian was one of the few Hollywood celebrities who expressed public support for Loughlin during the college admissions scandal and after she finished her two-month stint in federal prison  December 2020.

Saget also once said he expected he’d be “screwed no matter’ what he said about Loughlin since her March 2019 arrest in the Operation Varsity Blues investigation.

“I love her,” he said in a podcast interview last February, according to Us Weekly. “I’ve been asked [about her legal issues] a lot. … I just love her.”

Saget was found dead Sunday afternoon in his Florida hotel room at the Ritz-Carlton Orlando, Grande Lakes, according to a statement from the Orange County Sheriff’s Office, CNN reported. The cause of death will be determined by the medical examiner, the Sheriff’s office said, but there were no signs of foul play or drugs.

Sotomayor, Gorsuch say they are ‘warm colleagues and friends’

Saget was in Florida as part of his comedy tour, CNN reported.

Saget and Loughlin starred together in the wholesome family TV sitcom, with Saget playing widowed patriarch Danny Tanner who enlists the help of his brother-in-law Jesse Katsopolis (played John Stamos) and best friend Joey Gladstone (Dave Coulier) to help raise his three daughters in their San Francisco home. Loughlin joined the series, which ran from 1987 to 1995, as Jesse’s love interest and later wife, who was known as Aunt Becky.

Saget and Loughlin returned as recurring characters on “Fuller House,” the series’ Netflix reboot, which began in 2016 and which mostly focused on Tanner’s now adult daughters, played by Candace Cameron Bure and Jodie Sweetin, living together in Tanner’s San Francisco home.

But Loughlin was axed from the fifth season of “Fuller House,” following her arrest in the college admissions scandal. She and her husband, fashion designer Mossimo Giannulli, were accused of paying $500,000 in bribes to get their daughters, Olivia Jade and Isabella, fraudulently admitted to the University of Southern California on the false pretense of being crew team athletes.

Loughlin and her husband insisted on their innocence and vowed to fight the charges for more than a year, but finally pleaded guilty and were each sentenced to serve time in federal prison.

Saget expressed his support for Loughlin and Giannulli throughout their legal woes,