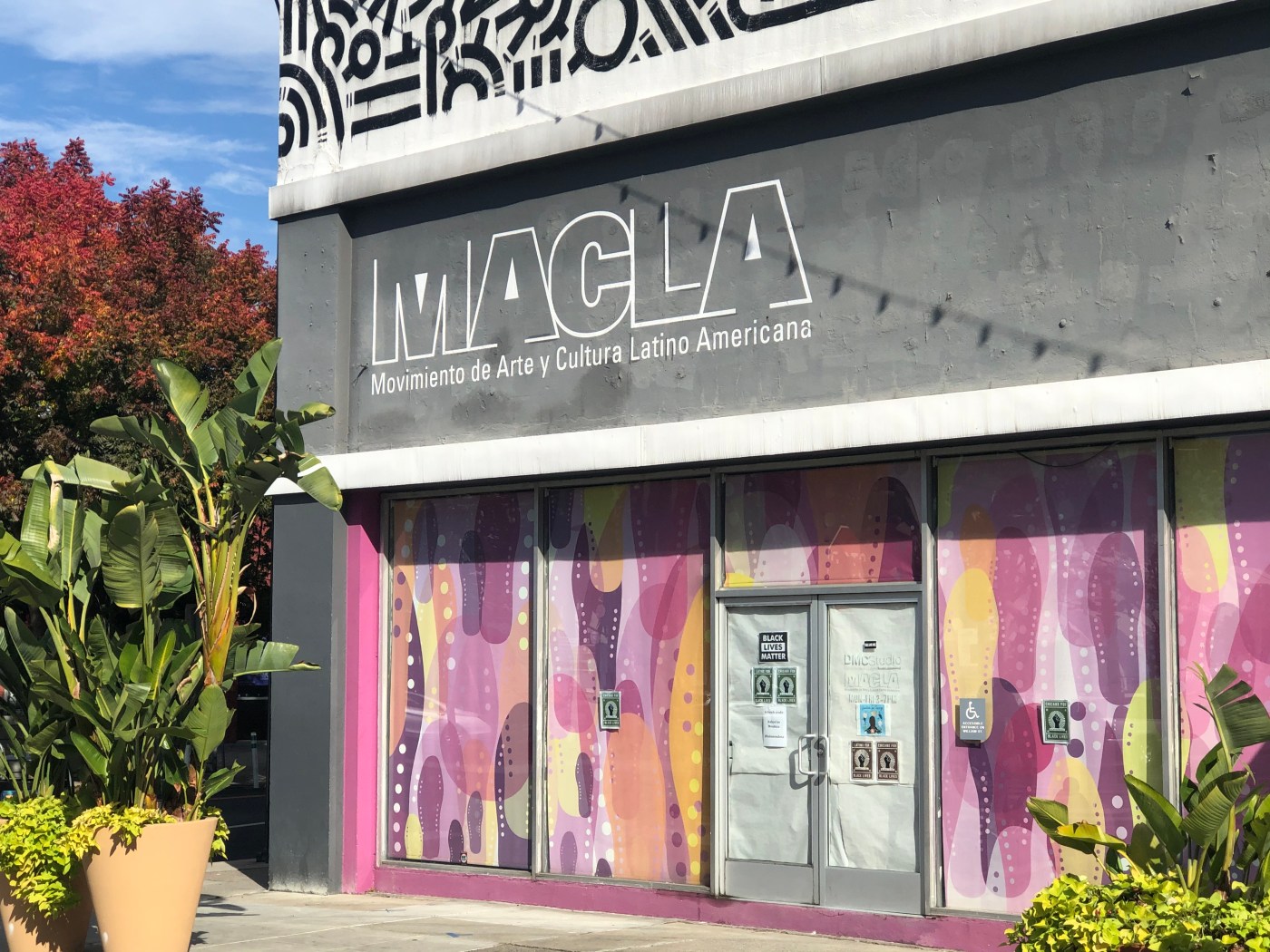 While the doors at MACLA — the Latinx art center and performance space in downtown San Jose — have been closed because of the COVID-19 pandemic, there’s been plenty of creative work going on the past few months. The online “Stories from La Sala” series brought artists and their work into homes, and the annual Latino Art Now! auction last month continued a 22-year tradition.

But its offerings will be taken to a new level with the launch of MACLA Studio, led by filmmaker and educator Tricia Creason-Valencia. It’ll be a professional production studio that is in line with MACLA’s social impact mission, providing a youth apprenticeship program with opportunities — paid opportunities — for Latinx, BIPOC and LGBTQ youth to learn video production.

Creason-Valencia has been working from home for the past few months, while MACLA remodels its youth media production studio with support from Best Buy. But don’t expect her to stay behind the scenes.

“In my new role I’ll be doing a lot of public speaking about film and the intersection of the multicultural arts community,” she said. And that kicks off Nov. 22 with an online conversation with Israeli writer and filmmaker Etgar Keret. Creason-Valencia says she’s a bit star struck — and with good reason. A regular on NPR’s “This American Life,” Keret has written several books of his short stories and directed the 2007 film “Jellyfish” with his wife, Shira Geffen, who wrote the story the film was based on.

The conversation, a co-presentation with the Jewish Community Center of Los Gatos, starts at 8 p.m. and you can purchase tickets for $20 at maclaarte.org.

A QUARTER-CENTURY OF SPORTS STARS: This is around the time the San Jose Sports Authority would have been honoring this year’s San Jose Sports Hall of Fame class. But the pandemic put those plans on ice. Still, the tradition is continuing in a way. On Nov. 24, “Valley of Champions” — a retrospective look at the first 25 years of the Hall of Fame — will air at 8 p.m. on NBC Sports Bay Area.

The special, written by former Mercury News sports scribes Daniel Brown and Mark Purdy, sounds like a great way to learn about the dozens of athletes, coaches and others who made their mark in the Santa Clara Valley.

STUDENT AID AT MENLO-ATHERTON: The African term “ubuntu” means essentially showing humanity towards others and a sense of community involvement. That focus also describes the Ubuntu Scholarship Program, a new fund that’s been established by the faculty advisors of the Menlo-Atherton High School Black Student Union to support Black seniors graduating from the school in continuing their educations.

The program, which will provide two students each year with $5,000 college scholarships, already has enough funding for the first four students, but donations are being sought to sustain it for future students. For more information on how to help, contact Sherinda Bryant at sbryant@seq.org.