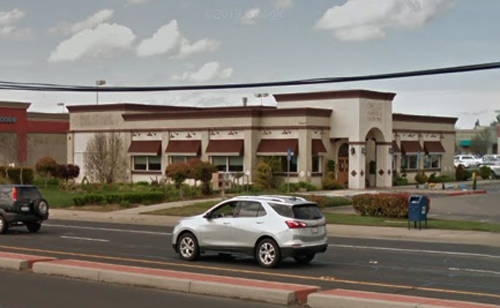 LODI, Calif. (AP) — A man was fatally stabbed by an acquaintance at a Black Bear Diner in Lodi, and the suspect was arrested after being disarmed by another restaurant patron, police said.

Witnesses told investigators that two men who were dining together shortly before 6 p.m. Friday got into an argument.

One of the men — later identified as Robert Andrino, 34, of Carmichael — pulled out a knife and stabbed the victim several times, police said.

A customer intervened and grabbed the knife from the attacker and, in doing so, was cut on his hand.

The stabbing victim, whose name has not been released, was pronounced dead at a hospital.

Andrino was taken to the San Joaquin County jail, where he was booked for investigation of murder. Police said his relationship to the victim and the motive for the attack were under investigation.

The restaurant, at a Kettleman Lane shopping center, opened late last year in a building that had previously housed a Coco’s.