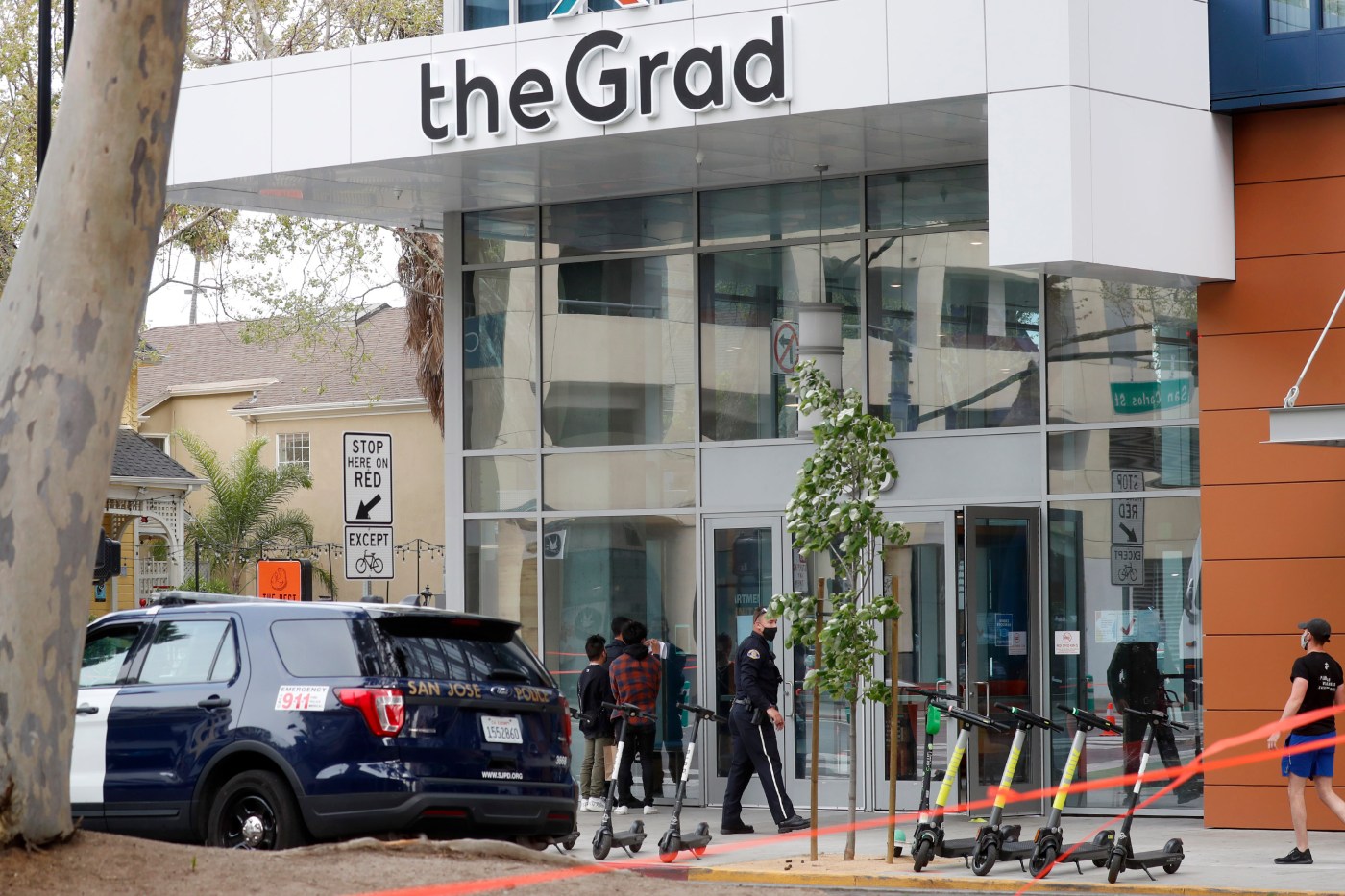 SAN JOSE – A man killed in a shooting in downtown San Jose on April 24 has been identified as 20-year-old Damion Ruffin, the Santa Clara County Medical Examiner-Coroner’s Office said Friday.

Officers were called to The Grad, a new luxury apartment complex at 88 East San Carlos St., about 11:30 a.m. for a report of a person shot, the San Jose Police Department said. They found Ruffin, a San Jose resident, suffering from at least one gunshot wound.

Ruffin was pronounced dead at the scene, marking the city’s 14th homicide of the year.

Police have not announced an arrest in the case or released any additional information including a possible motive.

In a statement Monday, San Jose State said the victim was not a student at the university. The university also said it did not own the building and that the campus community was saddened by the death.

Anyone with information related to the case can contact detectives at 408-277-5283, or leave a tip with Silicon Valley Crime Stoppers at 408-947-7867 or at svcrimestoppers.org.