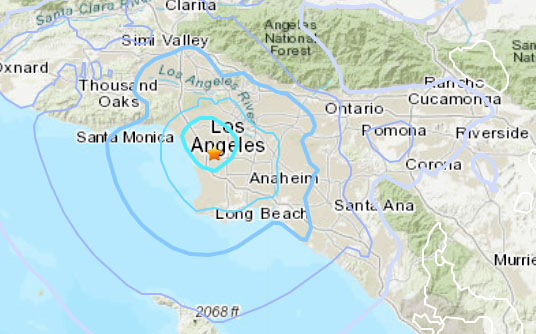 The quake, at 4:44 a.m., was centered near Hollywood Park, three miles east of Los Angeles International Airport. It was preceded at 4:15 by a 3.3 quake in the same area.

The larger quake was initially reported as 4.0 by the USGS, which revised the reading 30 minutes later.

Reports to the USGS website indicate the quakes were felt across the Los Angeles metro area, from the San Fernando Valley to northern San Diego County and as far east as San Bernardino.

Visiting the earthquake capital of California

On Sunday morning, a 3.4 quake was recorded 70 miles to the east, in Riverside County.