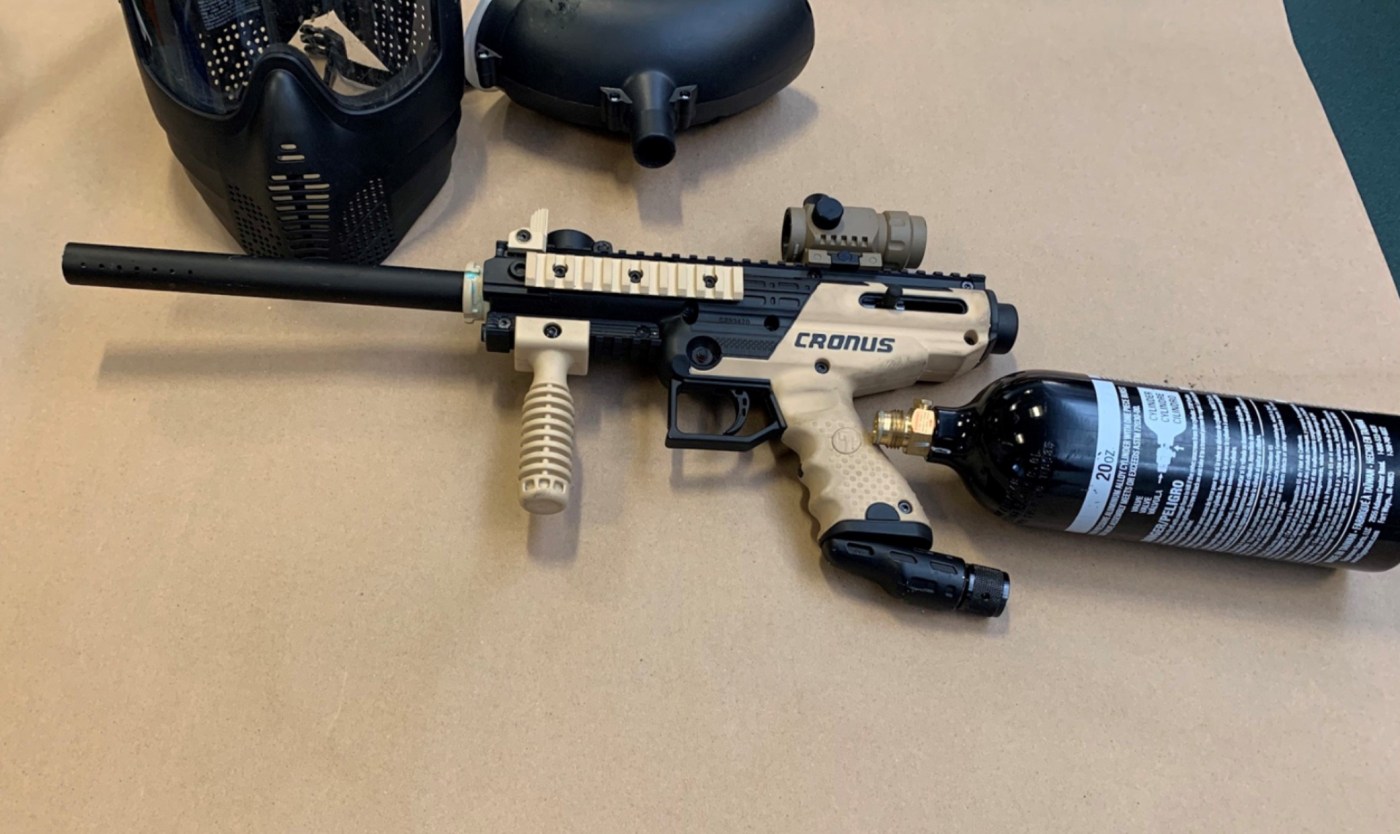 Sheriff’s deputies arrested a Marin City man on allegations he shot dozens of paintballs at a pregnant woman.

The attack happened at about 3:30 p.m. Friday in the 200 block of Drave Avenue in Marin City, according to the sheriff’s department. Medics took the 18-year-old victim to a hospital for treatment of about 30 paintball strikes to her face, abdomen, back and arms.

Sgt. Michael Brovelli said the victim, who was standing outside when the attack happened, was apparently a random target.

A description of the attacker led deputies to identify the suspect as Tyrell Dreshon Atkinson, 19. Deputies contacted him a short time later and found a semi-automatic paintball gun in his vehicle.

Atkinson was booked into the county jail on suspicion of assault likely to cause great bodily injury; negligently discharging a pellet gun; firing an air pellet gun within 500 feet of a building or street; and unlicensed driving. He was also booked on suspicion of violating his probation conditions in a prior gun assault case.

The incident was the latest in a series of about 20 paintball attacks by young adults in Marin City since last month, the sheriff’s department said. In one incident, a group of attackers pelted a 60-year-old woman about six times; in another, several paintballs struck a 34-year-old man riding a bike on Drake Avenue.

Deputies have not made any arrests in the previous incidents. The sheriff’s department said tipsters with potential information for investigators 415-479-2311.