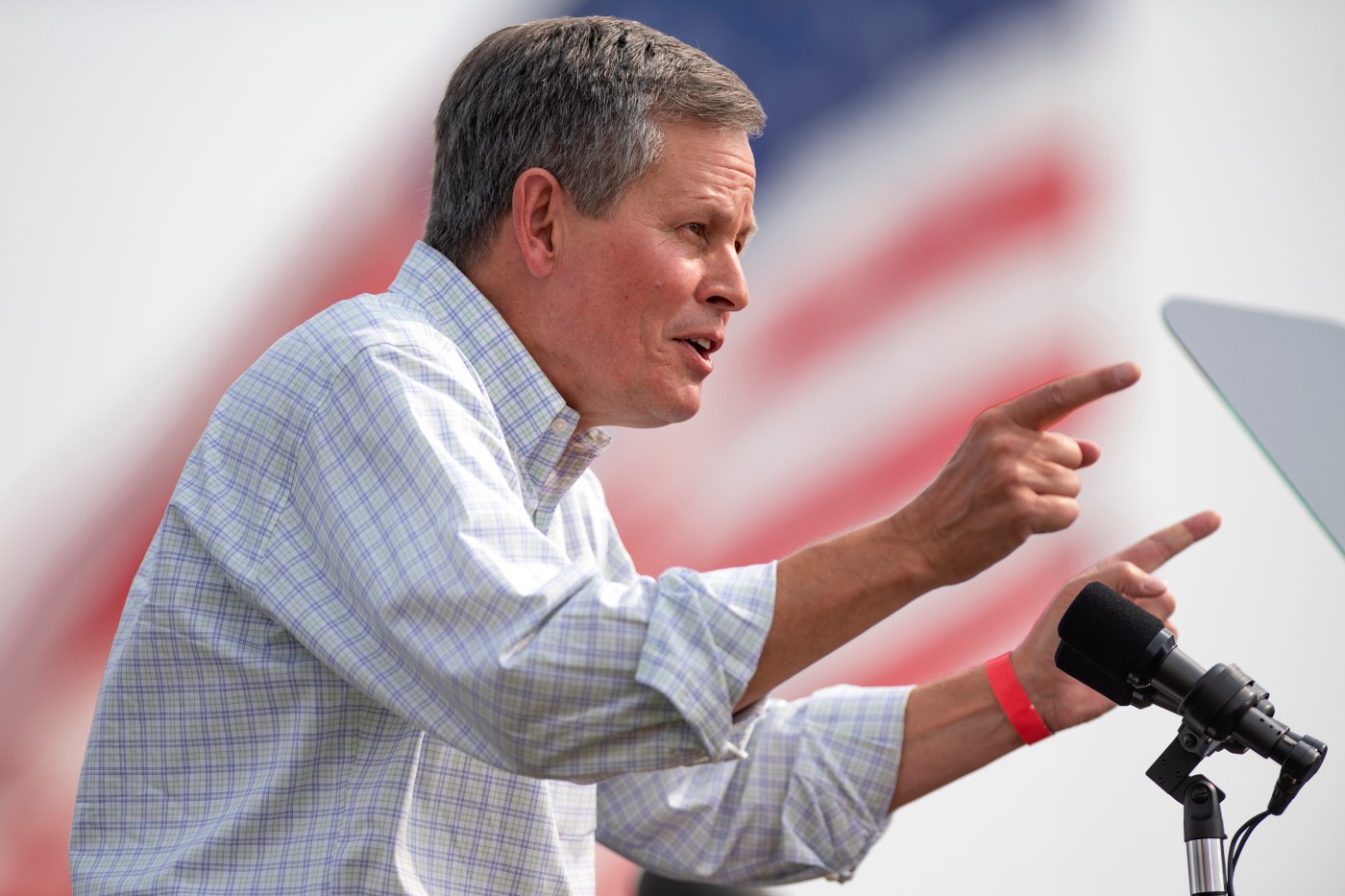 BILLINGS, Mont. — Political groups fighting for control of the U.S. Senate have poured more than $118 million into the contest between Montana’s Democratic Gov. Steve Bullock and Republican incumbent Steve Daines, a record shattering figure for the sparsely-populated state that dwarfs spending on a per-voter basis in all other Senate battleground states.

The cash deluge comes amid growing Republican worries they could lose control of the chamber, and as Democrats seek to reverse a years-long GOP surge in Montana including President Donald Trump winning the state by more than 20 percentage points in 2016.

For residents of Big Sky Country it means an unrelenting barrage of advertisements any time they turn on their computers, televisions and radios or open their mailboxes.

That’s set to persist through the final weeks of the election with another $22 million teed up for television, radio and digital ads targeting a fast-shrinking pool of undecided voters, according to data from the ad-tracking firm Kantar/CMAG.

By the time it’s over, the two campaigns and outside groups that span the political spectrum — from the NRA Victory Fund to Planned Parenthood — are expected to spend a combined $184 on advertising for each of the state’s 729,000 registered voters.

That figure does not include $6 million for mailers, door-to-door canvassing and other expenses that show up on Federal Election Commission filings from the groups.

The tally far exceeds the roughly $100 on ads per voter in Maine’s hotly-contested battle for the seat held by Sen. Susan Collins, a Republican moderate challenged by Maine House Speaker Sara Gideon.

And the Montana political ad spending is almost 10 times as much per voter being spent on ads in Colorado’s Senate contest between former Democratic Gov. John Hickenlooper and first-term Republican incumbent Sen. Cory Gardner.

Both Montana candidates are popular and familiar to the state’s voters. Bullock, a 54-year-old native of the capital, Helena, is coming off a second term as governor following two terms as Montana attorney general.

Daines, 58, grew up in Bozeman and was an executive at a high-tech company. He served one term in Congress and cruised to victory in a 2014 Senate race.

“Usually incumbents have the natural advantage. In this race there are essentially two incumbents,” said AshLee Strong, who served as a senior adviser and spokeswoman for former House Speaker Paul Ryan and now runs a Montana public relations firm.

One reason for the heavy ad spending is Montana’s sprawling size, where just 1 million residents are spread out in a state larger than Germany, said Kathleen Hall Jamieson, director of the Annenberg Public Policy Center at the University of Pennsylvania. The media market is split into different regions tied to cities such as Billings, Great Falls, Missoula and Helena.

But the main driver is the race’s competitive nature and the high stakes in the Senate. Republicans hold a slim 53-45 majority in the chamber and two independents caucus with the Democrats, meaning they need just a few …read more