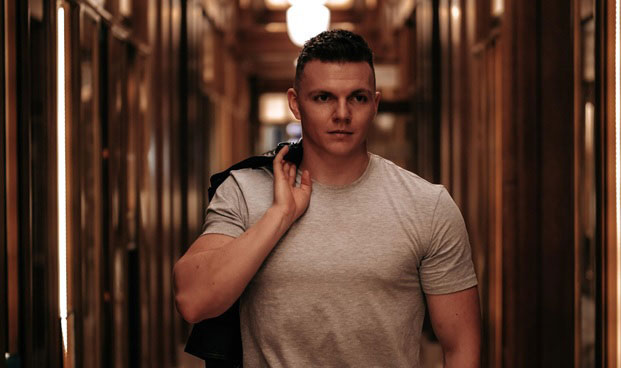 One of the most important things anyone can learn in life is to adapt. Especially if they see their dream die. For Maxime Pierre, a young football prodigy, when a traumatic injury temporarily takes away his ability to walk, he has to painfully watch his dream slip through his fingers. But he doesn’t let tragedy stop him from building the life he imagined for himself.

When Max was 15, he signed a football contract in his home country of France. But when he ruptured his ACL within the first six months of training and couldn’t recover, his dreams of playing football were over before they began. Depression and anxiety set in for this young man, as he had to fight to learn to walk again and find a new direction in life. “You know, I really felt like I was disappointing my loved ones when my dream of becoming a professional footballer went out. I had such a rage in my stomach that I could only succeed. I had no choice. I thought of success from morning to evening. I dreamed of success,” says Maxime Pierre.

This drive for success led Max to find a new path that was calling him. In 2016, he was introduced to Network Marketing and quickly saw the potential to achieve the life of his dreams. In the next two years, he joined two network marketing companies, including one in America, giving him a global reach. By 2020, Max had a network of 30,000 customers and partners worldwide. Through Network Marketing, he has earned over $1 million in commission and helped countless people learn how to follow their dreams.

Why this nutritious garden vegetable is a perennial ornamental wonder

Even through rapid growth, Max’s goal is to stay humble and willing to learn. To find opportunity in the global market, he studies other languages and seeks to continue the practices that catapulted him from the beginning. He takes a holistic approach to his overall wellness, keeping his body, mind, and spirit in balance. He trains his body every day and regularly engages in activities such as reading and meditation. “To continue to grow, I must continue to grow. The key is to continue the actions that have allowed us to get there, even to accentuate them,” says Maxime Pierre.

Max believes that, for anyone, the most important part of growing is to embrace the learning process. It’s the only way to overcome and to prevent yourself from staying stagnant. To help others, Max also offers financial education and guidance. Persevering through trials isn’t easy, but it’s worth it. This 24-year-old millionaire is living proof that, with determination, anything is possible.

The news and editorial staffs of the Bay Area News Group had no role in this post’s preparation.