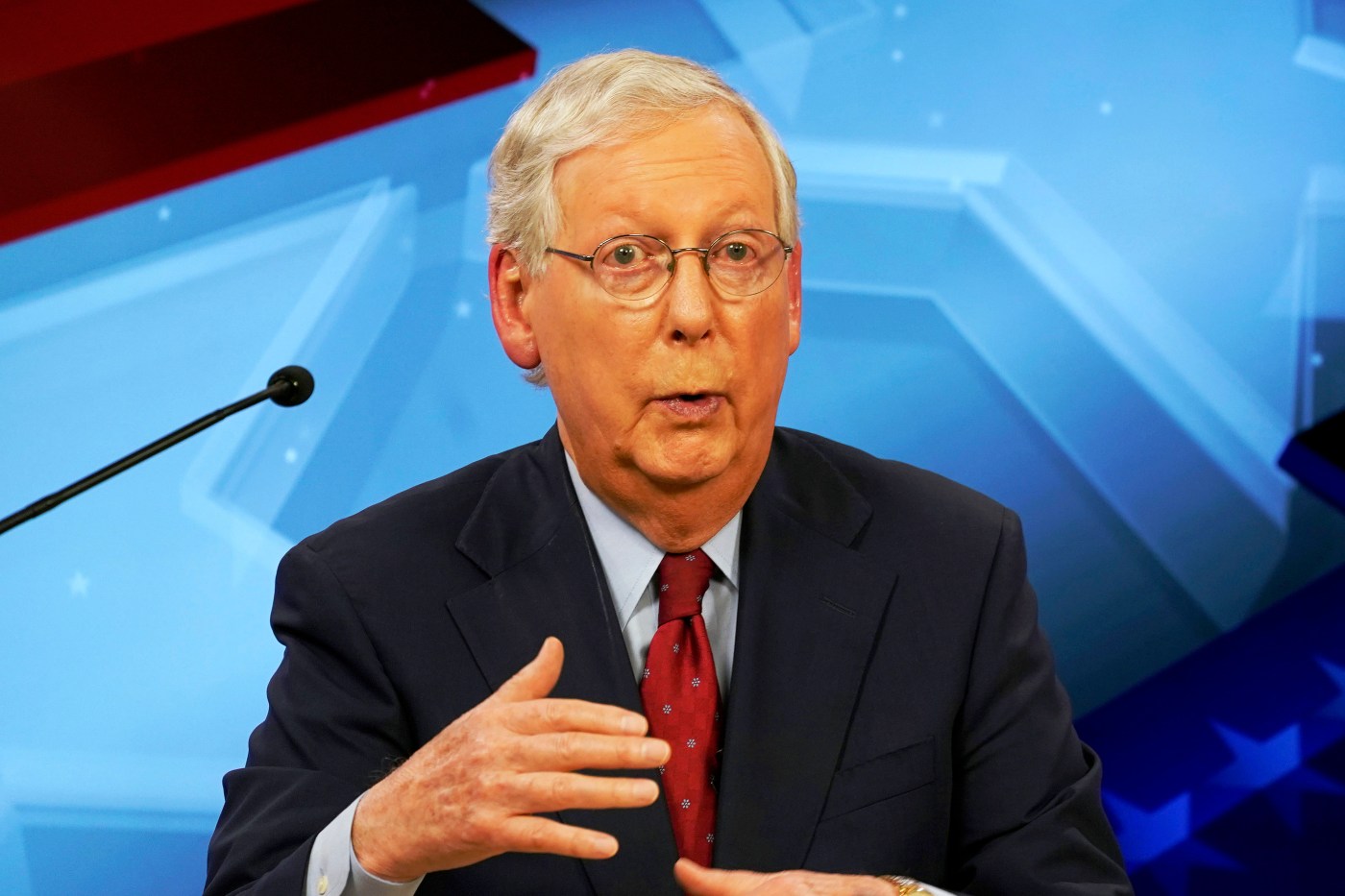 The Kentucky Republican says the first item of Senate business when the chamber returns next Monday will be a procedural vote on a scaled-back aid bill. Democrats filibustered a GOP-drafted aid bill last month and recent talks on a larger deal between Treasury Secretary Steven Mnuchin and House Speaker Nancy Pelosi, D-Calif., fell apart this past weekend, probably for good.

“Democrats have spent months blocking policies they do not even oppose. They say anything short of their multi-trillion-dollar wish list, jammed with non-COVID-related demands, is ‘piecemeal’ and not worth doing,” McConnell said in a statement. “And she has worked hard to ensure that nothing is what American families get.”

McConnell’s move appears unlikely to work. The COVID relief debate appears to have gone back to a phase in which the participants have largely given up and are devoting time and effort to political positioning ahead of the election rather than negotiations and compromise.

President Donald Trump continues to agitate for “stimulus,” saying that Capitol Hill Republicans should “go big” rather than the limited approach they’ve been advocating.

Opinion polls show that additional coronavirus relief is a higher priority for most voters than quickly approving Trump’s nomination of Appeals Court Judge Amy Coney Barrett to the Supreme Court. While many Republicans take a skeptical view of the need for more virus relief like special unemployment benefits or direct payments to most taxpayers, some GOP senators in difficult re-election races are eager for more aid.

Opinion: Santa Clarans must decide if they want to be managed by an NFL owner

Under Senate rules, McConnell can call for a re-vote on the September legislation, which was filibustered by Democrats as insufficient. It also doesn’t satisfy Trump, in part because it did not provide for another round of $1,200 direct payments that would go out under his name.

For her part, Pelosi issued a statement again criticizing Trump for caring chiefly about the direct payments.

“A fly on the wall or wherever else it might land in the Oval Office tells me that the President only wants his name on a check to go out before Election Day and for the market to go up,” Pelosi said in a letter to her colleagues.

She defended her hardline position on a Tuesday conference call with fellow Democrats, claiming Democrats have more leverage than ever. But the risk of emerging empty-handed until next year appears very real.

To recap, talks on the latest potential round of COVID relief began in July, collapsed in August, and were revived last month. Last week alone saw Trump cause the talks to collapse on Tuesday, only to revive them heading into the weekend. They then cratered again on Saturday after Trump’s latest $1.8 trillion proposal took heavy fire from both Democrats and Trump’s GOP allies.

Republicans are back to offering smaller, targeted aid that …read more