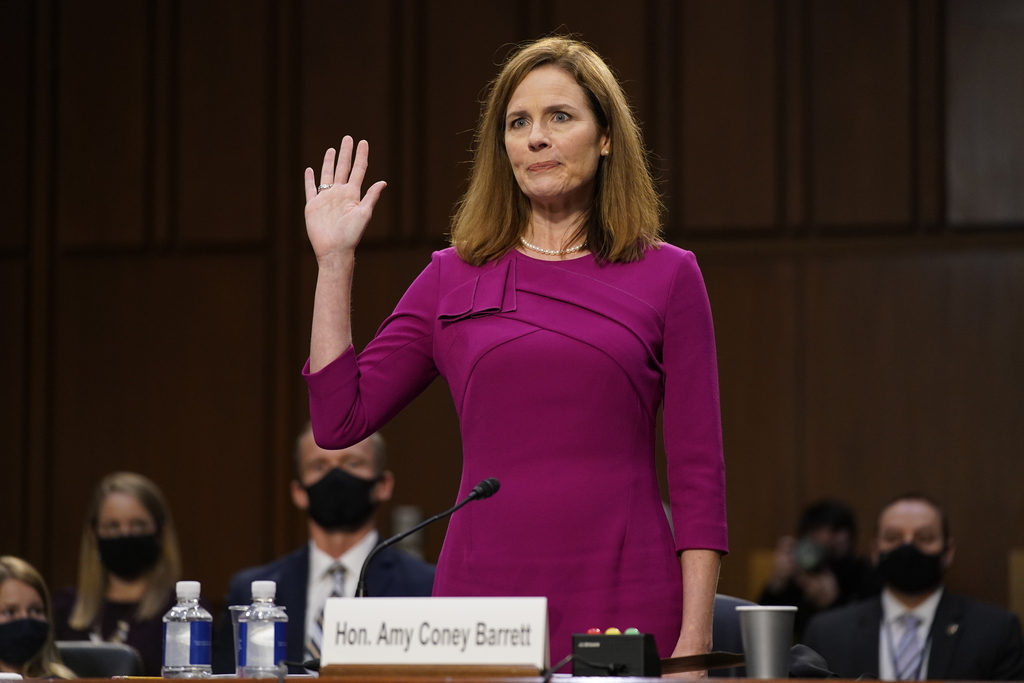 If the 2020 presidential election goes to the Supreme Court, as happened just 20 years ago, whether Amy Coney Barrett helps Donald Trump get a second term is totally up to her.

Refusing to vote on a case before the Supreme Court because of a conflict of interest (in this case that Trump nominated her just as he is running for reelection after promising he would expect his nominee to support him) is not governed by any ethics code. The justice himself or herself decides whether to recuse or rule.

Twenty years ago, Amy Coney Barrett worked to get George W. Bush elected over Al Gore, who won the popular vote by half a million votes but lost the presidency when the Supreme Court stopped the Florida recount in a 5-4 decision. Thus, one Supreme Court justice decided Bush would be president based on 500 disputed Florida votes.

Ironically, Chief Justice John Roberts and Justice Brett Kavanaugh also worked for Republicans to help Bush win his case against Gore. Thus, three members of the current court will have agreed that Bush v. Gore was decided correctly. In addition to Kavanaugh, Trump named Neil Gorsuch to the court.

Barrett, who likely will be confirmed to fill Justice Ruth Bader Ginsburg’s seat on the nation’s highest court before the election on a strict party-line vote, was chosen by Trump from a list provided by the Federalist Society. That group was founded in 1982 to push forward the selection of judges who are conservative and promise to vote the way they think the writers of the Constitution intended 233 years ago. Such judges are called textualists or originalists.

Barrett considers herself such a judge. That is code for anti-progressivism.

Barrett’s mentor, former Justice Antonin Scalia, once wrote that married couples had no constitutional right of privacy to buy and use contraception without government restrictions. He was overruled in Griswold v. Connecticut. Barrett refuses to say what she thinks.

She also said she refuses to discuss her belief widely expressed in the past that Roe v. Wade, legalizing abortion, is a “barbaric legacy” wrongly decided in 1973.

She also has said she refuses to discuss a previously expressed opinion that John Roberts was wrong when he held the Affordable Care Act to be constitutional. This Supreme Court will hear arguments to abolish the ACA on Nov. 10, a week after the election.

She has not questioned the 2013 gutting of the Voting Rights Act of 1965 on grounds it no longer needs to be enforced as written to prevent voter suppression because the days when it was needed are gone. Tell that to people trying to vote who must stand in line for 11 hours, may produce a gun license but …read more