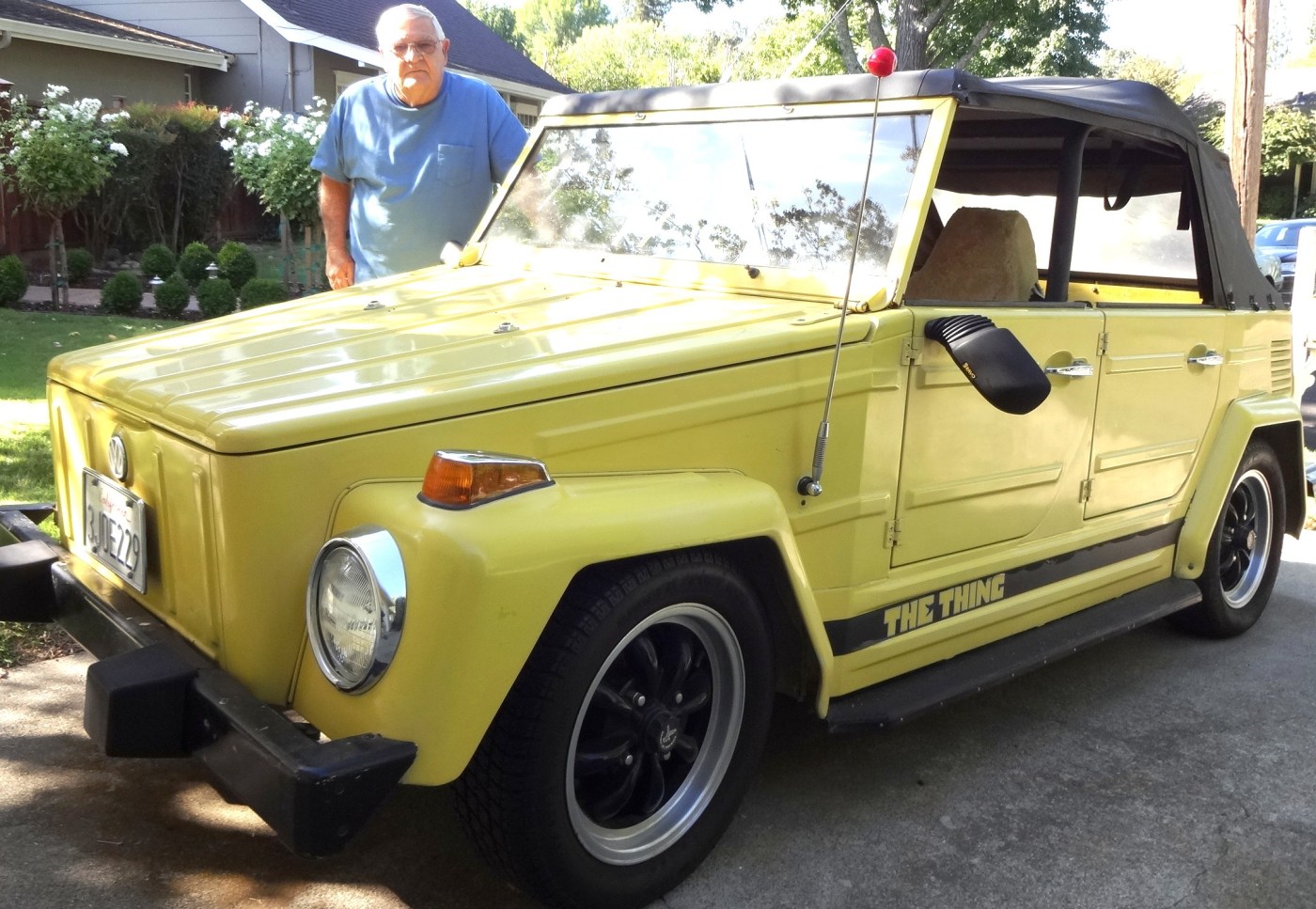 Editor’s note: David Krumboltz’s regular column is on hiatus until further notice due to the COVID-19 pandemic. In its place, we’re running some of Dave’s favorite past columns. This one originally ran in October 2017.

Me & My Car: ’51 Frazer Manhattan convertible one of just 139 built

Looking at the picture, one might wonder, “What is that thing?” That thing is a Thing, a Volkswagen model called the Thing.

It’s a goofy-looking vehicle that originated in the Nazi military that was known as a Kubelwagen. “Kubel” means “bucket,” so it would be a “bucket wagon.” It was sort of like a Jeep but bigger and with only rear-wheel drive. It had four removable doors, and the front and back doors could be exchanged. The rear seats could be folded down for extra cargo space, but it was one very basic set of wheels.

The Thing looks like a kit car some kid assembled in his backyard after responding to an ad with a coupon in Popular Mechanics magazine. The sides look like corrugated aluminum. It’s called a convertible, as the top does come down, but as this issue’s vehicle owner stated, it is pretty much a two-person job. It has side curtains, not glass windows, and if you want to clean the inside, bring the hose over.

He has always had a fondness for the Thing and even tried, unsuccessfully, to get his kids interested in one instead of a VW Bug. He thought it would be a great knock-about car and talked about the Thing frequently to others.

“I mentioned it to one of the fellows I worked with who had relatives in Modesto. He came home from visiting these relatives and said, ‘I saw your Thing.’ ”

Shortly thereafter, Andres was off to Modesto to see the vehicle and bought it for $3,000 (he thinks), which would be about $6,500 today.

Very little additional work was required by Andres after purchase. The former owner, a mechanically inclined junk yard dealer, had it in good shape and had even chromed the engine. Andres did add a roll bar, improved the seating, lined it with carpet to reduce the road noise and bought aftermarket glass side windows.

It was considered an off-road vehicle, but not in the same category as rugged four-wheel drive vehicles. But the styling of the Thing, with the top down, the doors off and the windshield folded down, made it a pretty good-looking dune buggy.