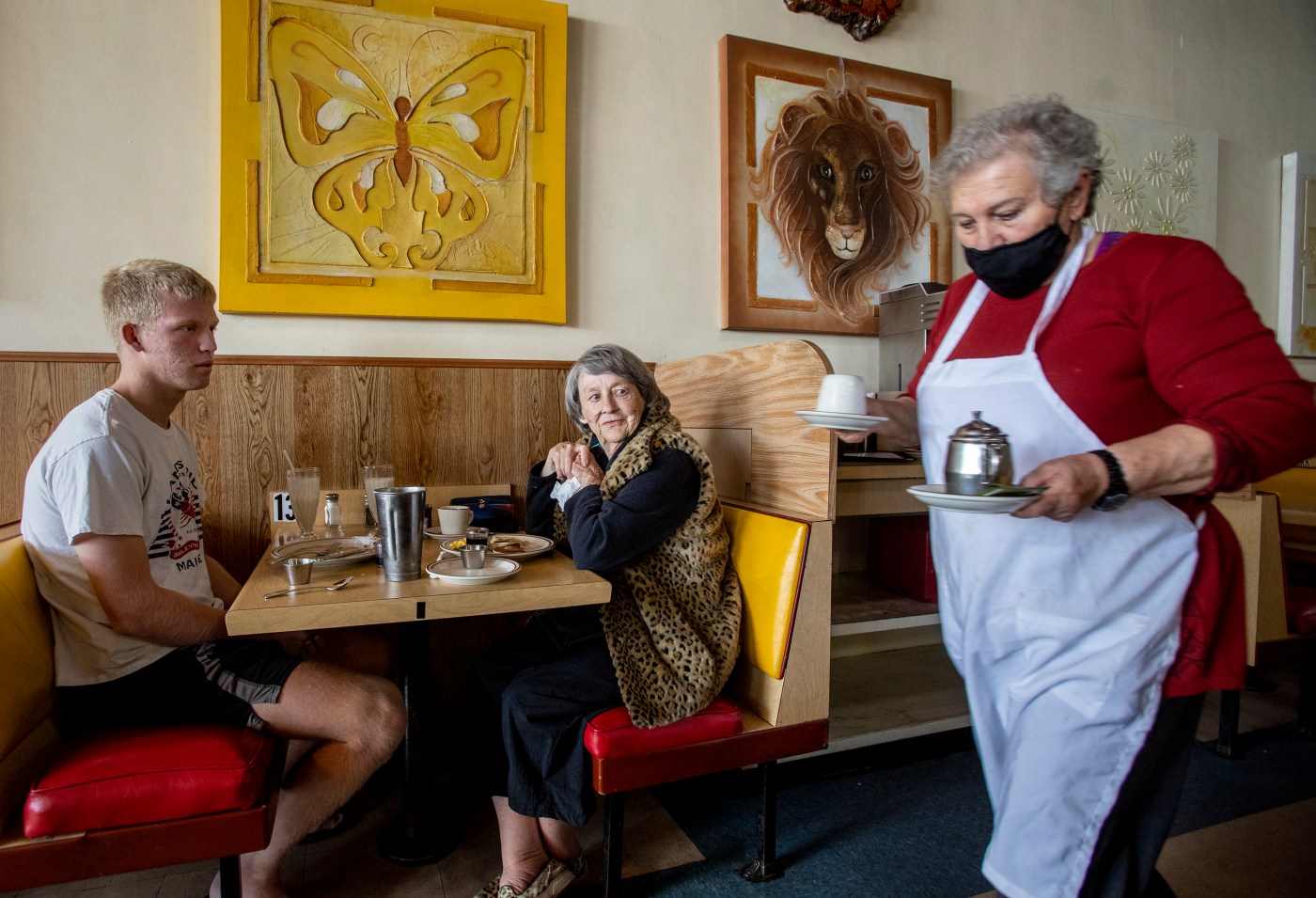 MENLO PARK — When Nicki Poulus bought Ann’s Coffee Shop downtown, she never thought she’d end up on the grill flipping pancakes herself in a desperate attempt to feed her customers.

After announcing last week that the Santa Cruz Avenue diner was closing after 75 years, Poulus said her cook abandoned her just two weeks before a final farewell luncheon slated for April 19.

Already struggling to keep the diner open even through its scheduled shuttering, the 73-year-old Poulus is now scrambling around the kitchen trying to cook food for nostalgic crowds looking to say goodbye to the 1950s style eatery. She said she might call it quits earlier than she thought.

“With the way it went yesterday and today, I don’t know if (the luncheon) is going to happen anymore,” Poulus said Wednesday. “I can’t handle it with no help.”

Since 1946, Ann’s Coffee Shop on Santa Cruz Avenue smack-dab in the middle of Menlo Park has been serving up hot coffee, fluffy pancakes and homemade pies to everyone from GIs returning from the war, to the new Peninsula suburbanites of the 50s and 60s, CEOs of major companies and even former Speaker of the House of Representatives John Boehner.

Owned and operated by Poulus since 2008, the diner had been doing well with lines out the door, wait lists and a busy-bee staff of 10 — a testament to the vitality of founder Ann Gilbert’s original recipes from the 40s. The diner felt like the “celebrity place” that Poulus thought of it as until the coronavirus pandemic started shutting down indoor dining in March 2020.

‘I thought I was dying’: Rocker Ted Nugent, who once dismissed COVID-19, sickened by virus

Since then, Ann’s has looked like a ghost town with a few loyal customers coming in but little in the way of revenue or new customers. To save money, Poulus’ staff shrunk from 10 to 3, and after making a deal with the owner of the building, Ann’s was paying half the rent.

But none of it was enough to stave off the changing landscape of the city —  along with the building next door, the coffee shop’s building was sold by owner Allen Aldrich for redevelopment. Poulus said she can’t afford to move to a new location, and she probably couldn’t afford the new, higher rents that would come with a new space.

“I was hoping it would run for 100 years because it’s a landmark and very loved by people here,” Poulus said. “This place is going to be missed. There’s nothing like it.”

A mainstay for Menlo Park’s long-time residents, Ann’s first started down the street on Santa Cruz Avenue before moving to its current location in 1962. As it witnessed the Peninsula’s population grow, the shop remained true to its values of serving homestyle fan favorites enjoyed by generations and never franchising or changing much.

The decor, furnishings and even lightbulbs are all original, and the Menlo Park Historical Society is trying to save its iconic sign. There’s a fading signed picture of 49ers quarterback Y.A. Tittle on the wall and a Redwood burl clock with a picture of …read more