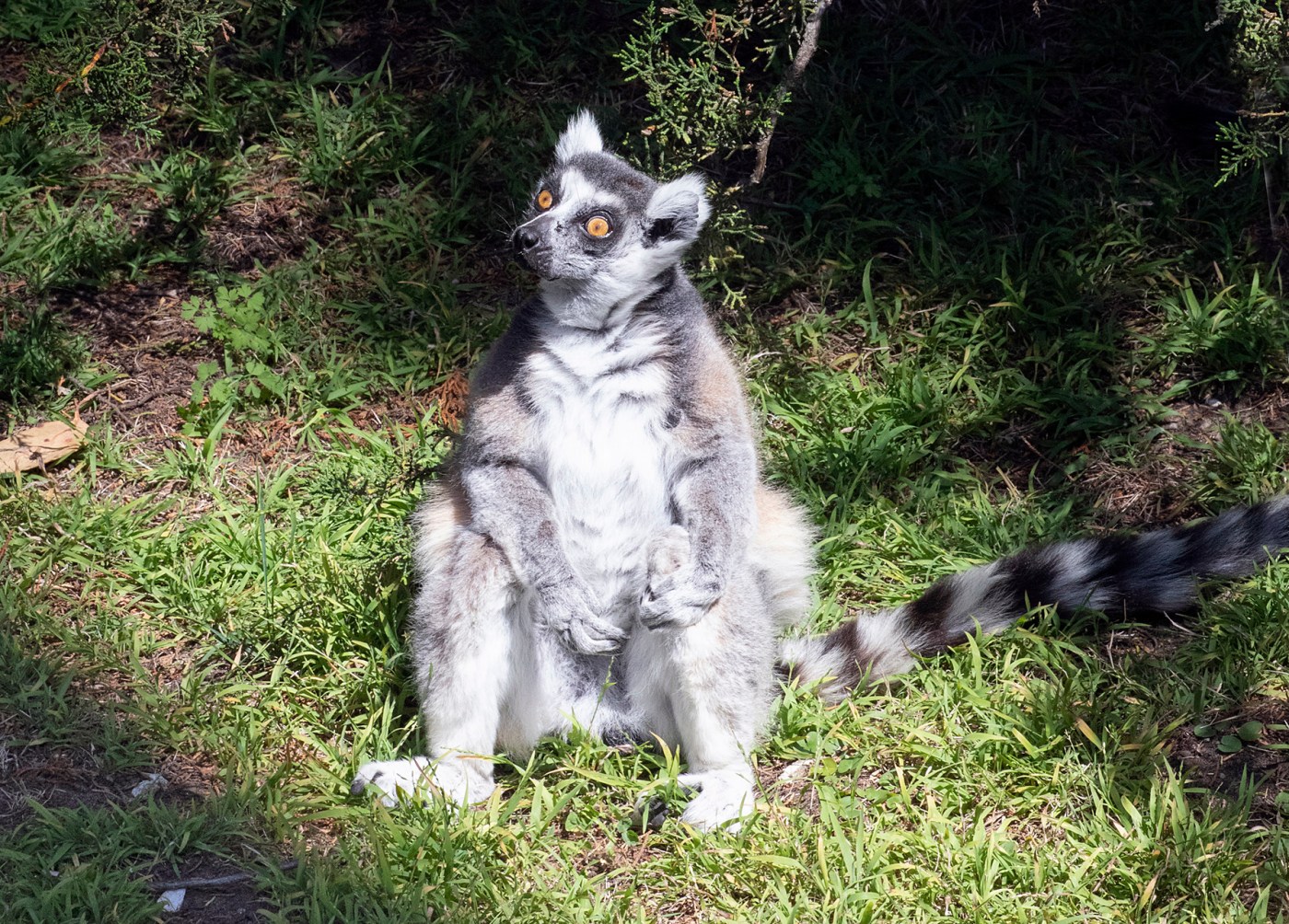 In a tweet, the Daly City Police Department said it received word about 5 p.m. that the lemur, named Maki, was in the playground area of Hope Lutheran Church at 55 San Fernando Ave.

“We contained him until staff from the zoo took him back home,” police said. “We are grateful Maki is home safely!”

We found Maki, the stolen lemur from @sfzoo!! Around 5pm, we got a report he was in the playground area of the Hope Lutheran Church. We contained him until staff from the zoo took him back home. Here is Officer Haas with Maki.

We are grateful Maki is home safely! pic.twitter.com/U5rB2RnIxC

It wasn’t immediately clear how the 21-year-old primate ended up in Daly City. The church and the zoo are 5½ miles apart.

Maki was discovered missing from the Lipman Family Lemur Forest habitat Wednesday morning. In a news release announcing his disappearance, the zoo said the San Francisco Police Department was investigating a possible break-in at the habitat.

Ring-tailed lemurs are native only to the island of Madagascar just off the coast of Africa and are banned as pets in California.