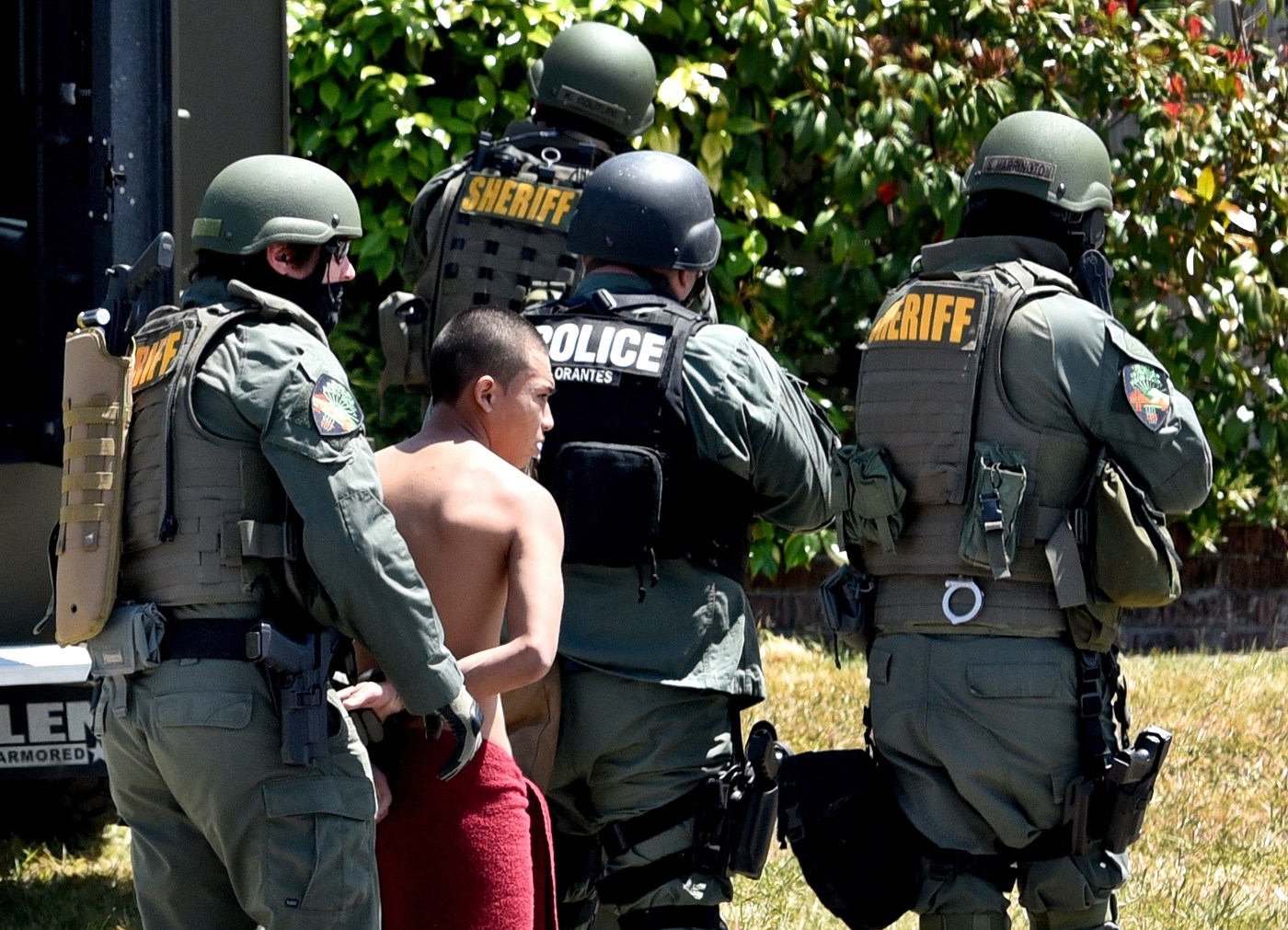 The trial of a former Novato High School student charged with a grisly gang homicide ended in a mistrial after the jury deadlocked.

Juan Carlos Martinez Henriquez, 21, is charged with one count of murder, one count of attempted murder and two counts of aggravated mayhem in the 2016 attack.

The trial followed extended litigation on whether Martinez Henriquez, who was still a minor when the slaying occurred, could be prosecuted as an adult. A judge ruled he could.

The defense asserted that Martinez Henriquez ran away before the homicide happened.

District Attorney Lori Frugoli declined to release the jury’s vote count but said, “We are confident in our decision to retry the case.”

“We thank those who appeared for jury service and the commitment of those who diligently served as jurors during COVID-19,” she said. “We are prepared to retry this very serious case in the near future.”

A second defendant, Edenilson Misael Alfaro, an alleged leader in the MS-13 gang, is still awaiting trial. MS-13 is a Latin American organization notorious for murder, torture and dismemberment.

The crimes occurred in May 2016 at the waterfall near the end of Fairway Drive in Novato. Martinez Henriquez and the two victims were all students at Novato High School.

The prosecution alleges the defendants killed Edwin Guerra, 17, in a gang-related ambush. Guerra was hacked with a machete and shot, and he still had a slight pulse when police reached him, the prosecution said.

How the Trump campaign lost its cash advantage

The second victim, also 17, was shot in the head and stabbed repeatedly. He said he feigned death until he could escape.

The trial started in early September and ended with the mistrial on Wednesday. Dozens of prosecution and defense witnesses testified, including the surviving victim.

Six other suspects were charged in the case. Three have pleaded guilty to being accessories. Another had his charges dismissed for insufficient evidence but pleaded guilty to a gang recruitment felony. The remaining two are fugitives.

Alfaro, 26, could face the death penalty. Martinez Henriquez could face the lesser sentence of 25 years in prison because of his age when the crimes happened.

Alfaro also has homicide cases pending in Washington state and Maryland, along with a separate Marin County charge of trying to arrange the murder of an accomplice who cooperated with investigators.