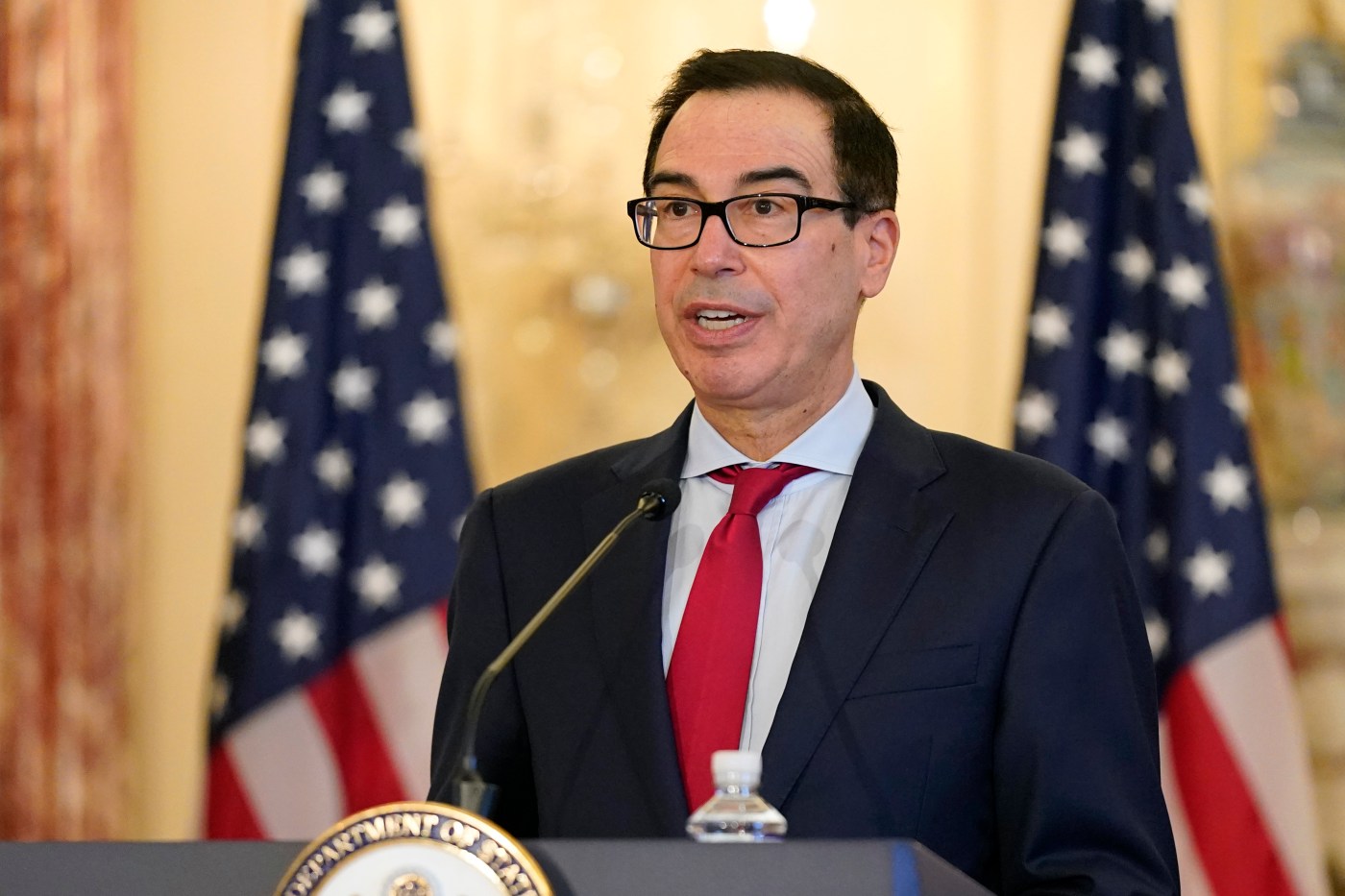 WASHINGTON — Treasury Secretary Steven Mnuchin denied that he is attempting to limit the choices President-elect Joe Biden will have to promote an economic recovery by ending several emergency loan programs being run by the Federal Reserve.

Mnuchin said his decision was based on the fact that the programs were not being heavily utilized. He said Friday that Congress could make better use of the money by re-allocating it in another direction to support grants to small businesses and extended unemployment assistance.

However, critics saw politics at play in Mnuchin’s decision, saying the action would deprive the incoming administration of critical support the Fed might need to prop up the economy as coronavirus infections spike nationwide.

“There can be no doubt, the Trump administration and their congressional toadies are actively trying to tank the U.S economy,” Sen. Sherrod Brown, D-Ohio, said in a prepared statement Friday. “For months, they have refused to take the steps necessary to support workers, small businesses and restaurants. As the result, the only tool at our disposal has been these facilities.”

Mnuchin on Thursday had written Federal Reserve Chairman Jerome Powell announcing his decision not to extend some of the Fed’s emergency loan programs, which had been operating with support from the Treasury Department. The decision will end the Fed’s corporate credit, municipal lending and Main Street Lending programs as of Dec. 31.

The decision drew a rare rebuke from the Fed, which said in a brief statement Thursday that the central bank “would prefer that the full suite of emergency facilities established during the coronavirus pandemic continue to serve their important role as a backstop for our still-strained and vulnerable economy.”

The U.S. Chamber of Commerce also criticized the move. “A surprise termination of the Federal Reserve’s emergency liquidity program, including the Main Street Lending Program, prematurely and unnecessarily ties the hands of the incoming administration and closes the door on important liquidity options for businesses at a time when they need them most,” said Neil Bradley, the chamber’s executive vice president, in a prepared statement.

“While the backstop measure have been little used so far, the deteriorating health and economic backdrop could shine a bright light on the Fed’s diminished recession-fighting arsenal and prompt an adverse market reaction,” said Gregory Daco, chief U.S. economist at Oxford Economics.

Under law, the loan facilities required the support of the Treasury Department, which serves as a backstop for the initial losses the programs might incur.

In his letter to Powell, Mnuchin said that he is requesting that the Fed return to Treasury the unused funds appropriated by Congress.

He said this would allow Congress to re-appropriate $455 billion to other coronavirus programs. Republicans and Democrats have been deadlocked …read more