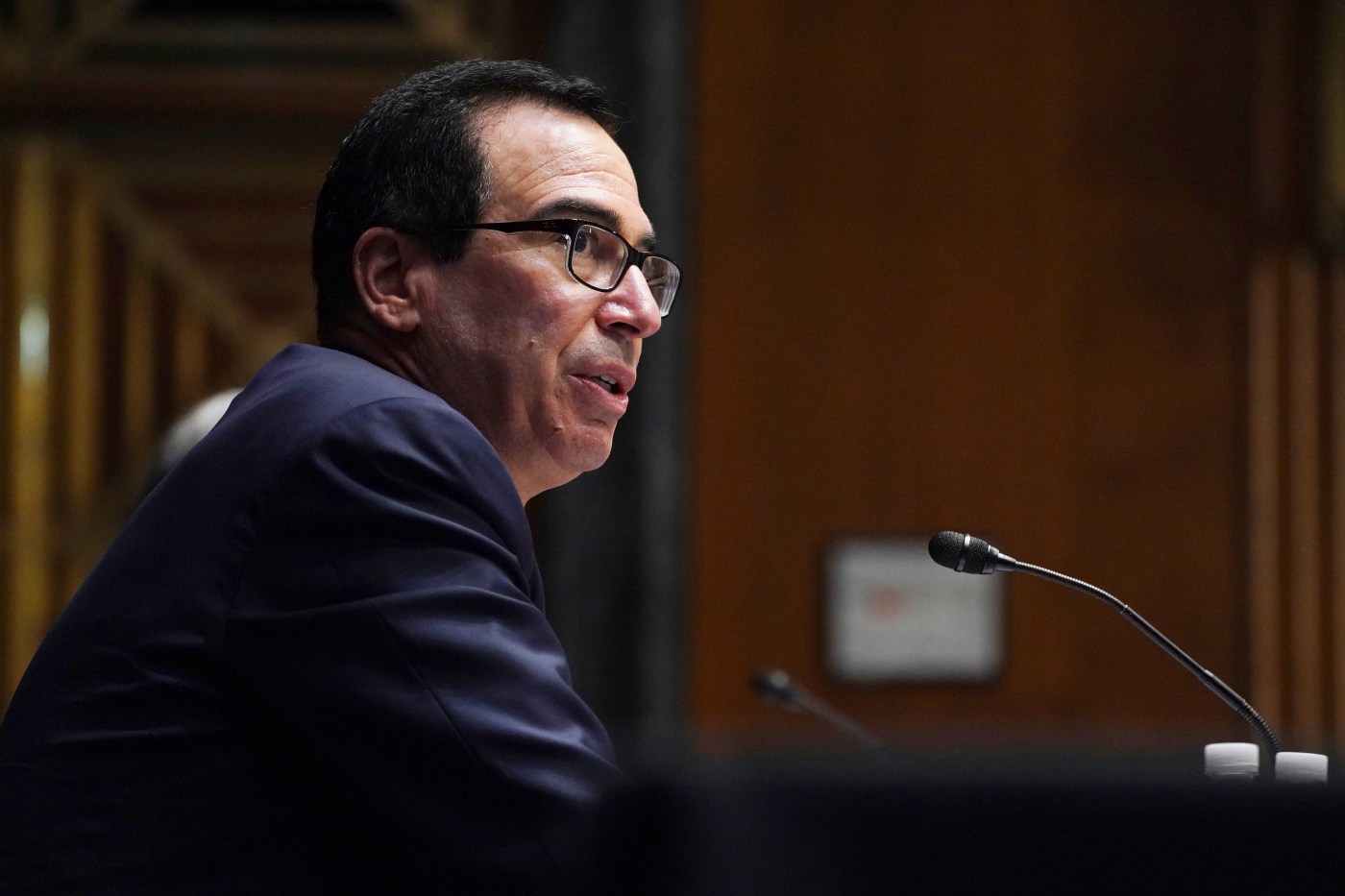 WASHINGTON – U.S. Treasury Secretary Steve Mnuchin on Wednesday said he and House of Representatives Speaker Nancy Pelosi were “far apart” on some details of another coronavirus relief package, and that an agreement would be hard to reach before the Nov. 3 election.

The White House as well as Democrats and Republicans in Congress are under mounting pressure to hammer out a bipartisan fiscal stimulus deal to help Americans weather a pandemic that has killed nearly 216,000 people and damaged the economy.

But the two sides are divided over several priorities. Meanwhile Senate Republicans are resisting as too expensive a $1.8 trillion offer that Mnuchin proposed last week. Pelosi says it’s insufficient and is calling for a $2.2 trillion aid package.

Mnuchin, who spoke with the California Democrat on Wednesday, acknowledged the two were still “far apart” on some issues and said politics were “part of the reality.”

“I’d say at this point, getting something done before the election and executing on that would be difficult just given where we are and the level of detail, but we’re going to try to continue to work through these issues,” Mnuchin said at the Milken Institute Global Conference in Washington.

Drew Hammill, deputy chief of staff for Pelosi, described the talks on Wednesday as productive, but added that the Trump administration’s lack of a national strategic testing plan remained a “major area of disagreement.”

“In response to proposals sent over the weekend, the two spent time seeking clarification on language, which was productive,” Hammill said on Twitter. He added that Pelosi and Mnuchin spoke for about an hour.

They will speak again on Thursday and staff would continue to “exchange paper,” Hammill said.

Mnuchin said he did not agree with Pelosi’s “all-or-nothing” approach to a deal. He said there’s some $300 billion unspent from previous coronavirus aid packages that could be “repurposed” by Congress immediately.

On Tuesday, Senate Majority Leader Mitch McConnell, the top Republican in Congress, announced that the Senate would vote next week on a slimmed down $500 billion COVID-19 bill. Democrats blocked a similar proposal last month.

Congress passed about $3 trillion in coronavirus aid, including help for the unemployed, in March.