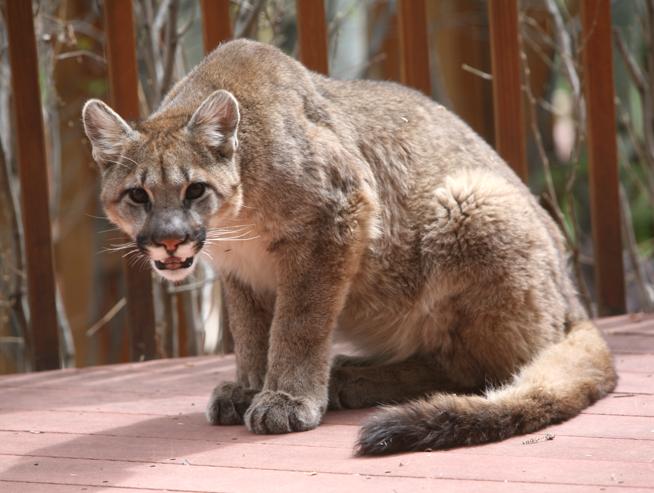 A mountain lion was fatally shot by a sheriff’s deputy after the animal followed a family on a recreational trail east of Placerville.

The couple called 911 on Monday afternoon to report that the lion had been following them for about 10 minutes on the paved portion of the El Dorado Trail. They had two children in a stroller and two large dogs.

The lion did not retreat when yelled at by trail users.

A deputy who responded to the call also yelled at the lion, with no effect. The animal “started walking toward the deputy instead of running away as a normal healthy mountain lion would,” said a report from the El Dorado County sheriff’s office.

The deputy fired a warning shot into the ground and, when the animal kept approaching, shot it from 10 to 15 yards away.

The lion’s body was taken by California wildlife officials for further study.

Mountain lions rarely attack humans. There have been seven fatal attacks in the United States since 1994. The only one in Northern California was on a trail near Auburn about 20 miles from the site of Monday’s incident.

Two 6-year-old children were scratched and bitten in attacks on South Bay trails — last year at Rancho San Antonio and in 2014 at Picchetti Ranch. The animals in those cases, both around 70 pounds, were captured and killed.

Manatee spotted in Florida river with ‘Trump’ etched into its back