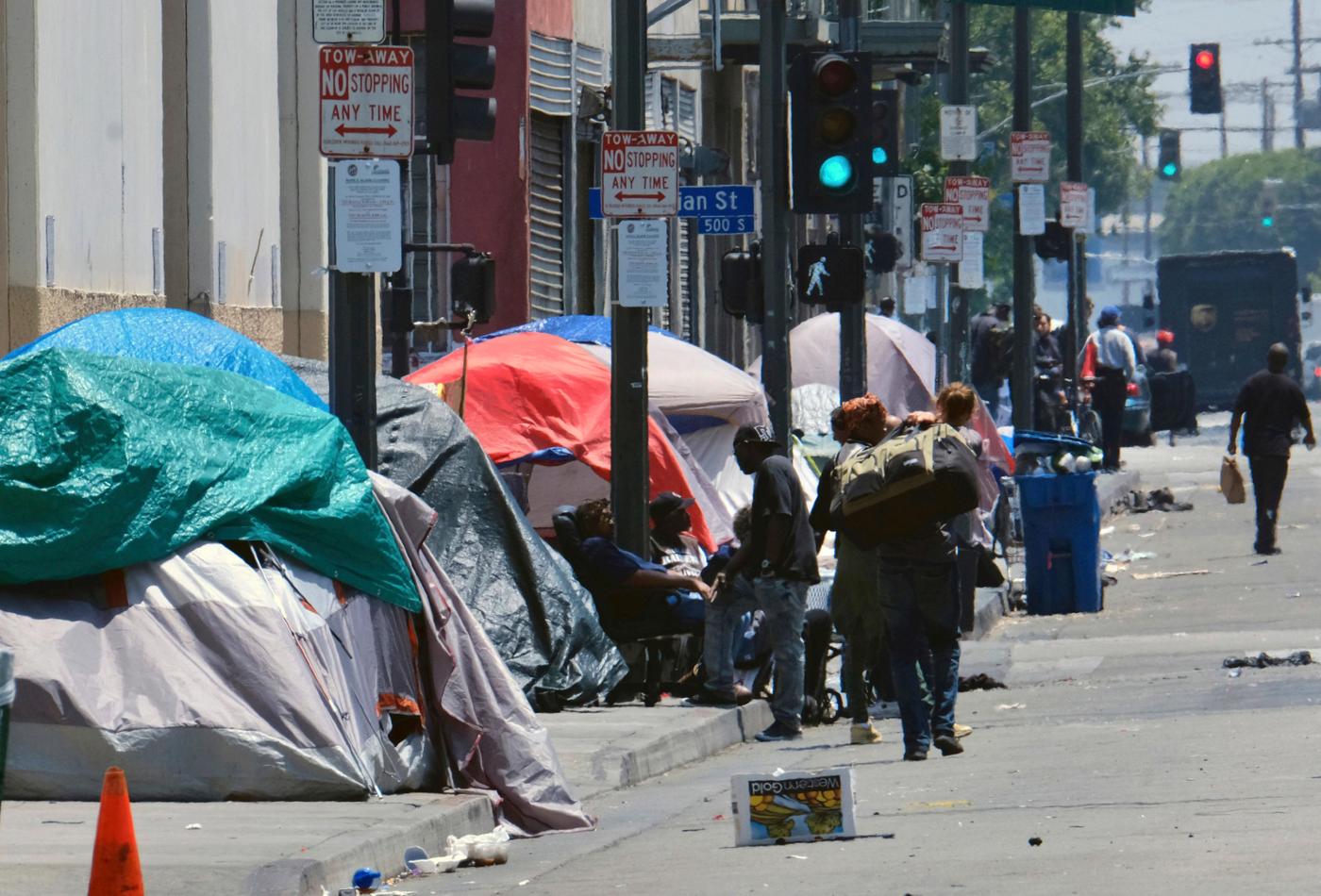 Assembly Bill 71, known as the “Bring California Home Act,” would raise tax rates on businesses with annual profits of more than $5 million. The state would use that money to prevent families from falling into homelessness, expand emergency shelters, create more affordable housing and fund services including employment support for unhoused people.

As California’s homelessness crisis continues to grow, and experts worry the COVID-decimated economy will force many more people onto the streets, proponents of the new bill say AB 71 gives the state a fighting chance at changing that narrative. At least 151,000 Californians have no place to call home.

“AB 71 is the first proposal that is comprehensive enough and at scale to actually permanently end homelessness,” Oakland Mayor Libby Schaaf, whose city is struggling with an explosion of tent and vehicle encampments, said during a media briefing Wednesday.

For years, California has been attempting to solve the crisis piecemeal, without a long-term strategy. When Gov. Gavin Newsom proposed his 2021 budget last week, offering $1.75 billion in new investments for homeless housing and services, experts in the field applauded the one-time grants, but criticized the budget’s failure to establish a permanent funding source.

Last year, a group of legislators tried and failed to pass AB 3300, which would have funneled an annual $2 billion in general funds toward solving the state’s homelessness crisis.

“We know that there is a coalition that wants to do this, but each year if we have to fight a budget battle with insufficient dollars and insecure dollars, not knowing where they come from, it makes this work close to impossible,” said Los Angeles Mayor Eric Garcetti.

AB 71, co-sponsored by Assemblymembers David Chiu (D-San Francisco), Luz Rivas (D-Arleta) and Richard Bloom (D-Santa Monica), would change that. The bill would increase corporate tax rates for large businesses from 8.84% to 9.6% — bringing them back to where they were in 1980. For financial institutions, tax rates would increase from 10.84% to 11.6%. It also would increase taxes on profits companies earn overseas, which were reduced by President Donald Trump’s 2017 tax cuts.

The changes would impact all large corporations that do business in California — not just those headquartered here.

Housing California estimates the tax increases would affect about 2,285 companies.

“We don’t want to do something that would chase business out of California,” Garcetti said, pointing out that having encampments on their doorstep is worse for businesses than increased taxes. “This is thoughtfully done so we can see businesses thrive.”

Every year, the money from AB 71 will help an estimated 28,000 people on the brink of homelessness stay housed, 25,000 unhoused people and families access safe emergency shelter and 43,000 people move into permanent housing, according to the lawmakers. It could help another 50,000 homeless people reach job training and other services.