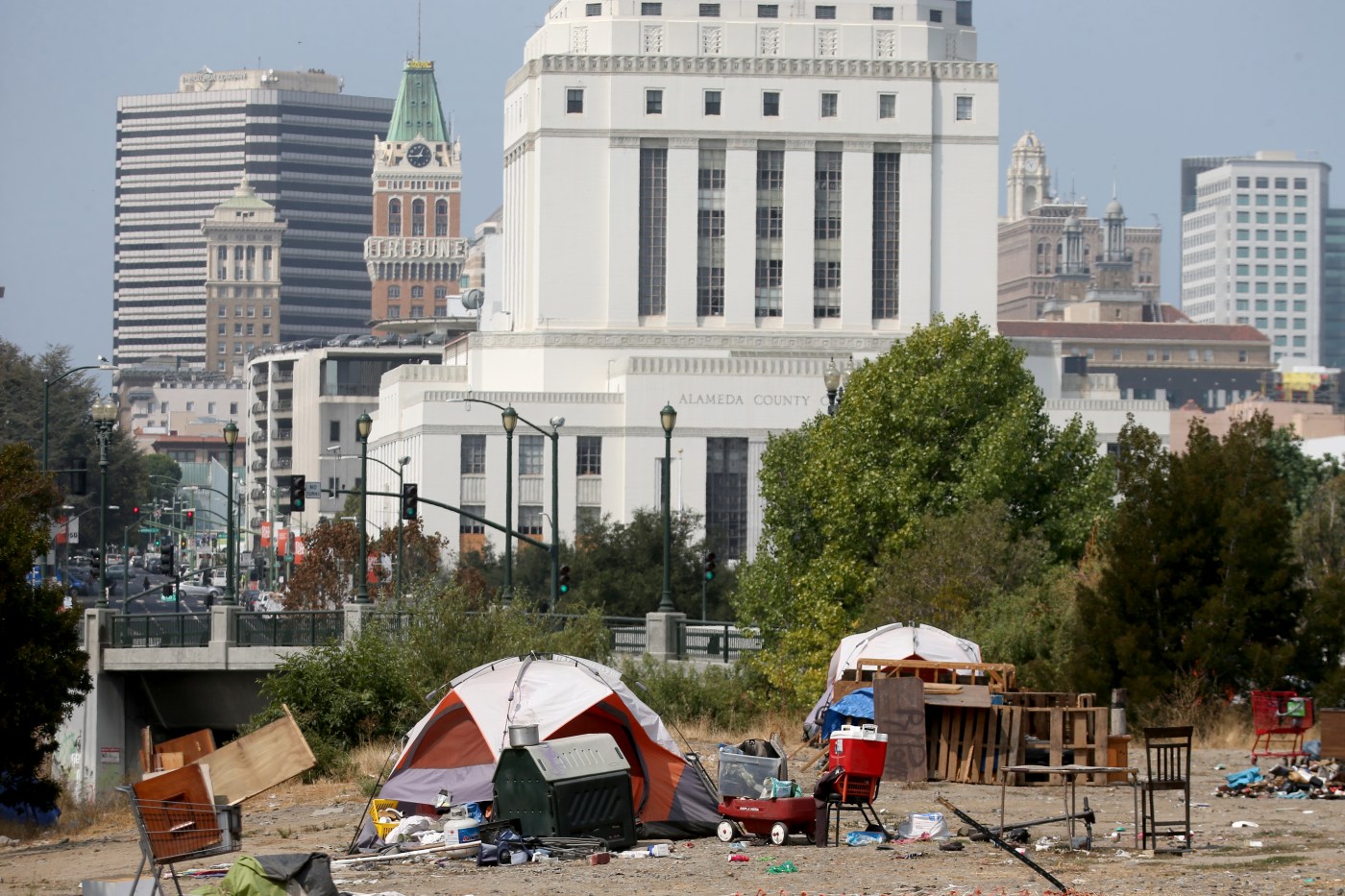 The number of unhoused people asking for help skyrocketed in some Bay Area counties during the pandemic, according to a first-in-the-nation data set released Wednesday.

The new online dashboard, which marks the first time anyone has broadly tracked the number of people seeking homeless services throughout an entire state, provides an early glimpse of how the pandemic has impacted the Bay Area’s most vulnerable residents.

In Alameda County, 9,008 people sought help last year — up 23% from the year before. In San Francisco, 10,634 people accessed services — up 40% from 2019. Santa Clara and Contra Costa counties saw more moderate increases of 9% and 6%, respectively. San Mateo County did not submit its data in time to be included in the platform’s launch.

“You can’t fix what you can’t measure,” Gov. Gavin Newsom wrote in a news release, “and having a statewide data system will help us determine what’s working and what isn’t, important insight we can use to create accountability and strengthen our response going forward.”

The new publicly available online portal, called the Homeless Data Integration System, paints a statewide picture of who is using homelessness services, and whether those services are helping them get housing. The data comes from California’s 44 individual “continuums of care” — county-based networks that administer homelessness services to their local residents, and include county, city and nonprofit stakeholders.

Last year, 248,130 unhoused people connected with service providers throughout California. Of those, 37%, or 91,626 people, had secured permanent housing by the end of the year — a number Deputy Secretary for Homelessness Ali Sutton called “really heartening.”

Los Gatos: Ex-cop sues over 2019 ouster after violent past surfaced

But 47% still were awaiting housing when 2020 ended, making it clear how much further the state has to go to make a dent in its homelessness crisis. And 16% had fallen off the grid entirely — they stopped interacting with service providers and the state lost track of them.

Newsom will be looking at those numbers when he revises his proposed budget next month, said Jason Elliott, senior counselor to the governor. Elliott is hopeful programs like Homekey — the state initiative that helps counties and cities turn hotels and other buildings into homeless housing — will help house that 47% of people who haven’t yet been helped.

But it offers a new, more all-encompassing look at one of the state’s biggest problems. And the data may be even more meaningful this year because many counties suspended their biannual homeless census — known as the “point in time count” — due to COVID-19 concerns.

Those counts tally the number of people outside or in shelters over a handful of nights in January, providing a snapshot of the crisis. In 2019, the last time most counties tallied their unsheltered populations as well …read more