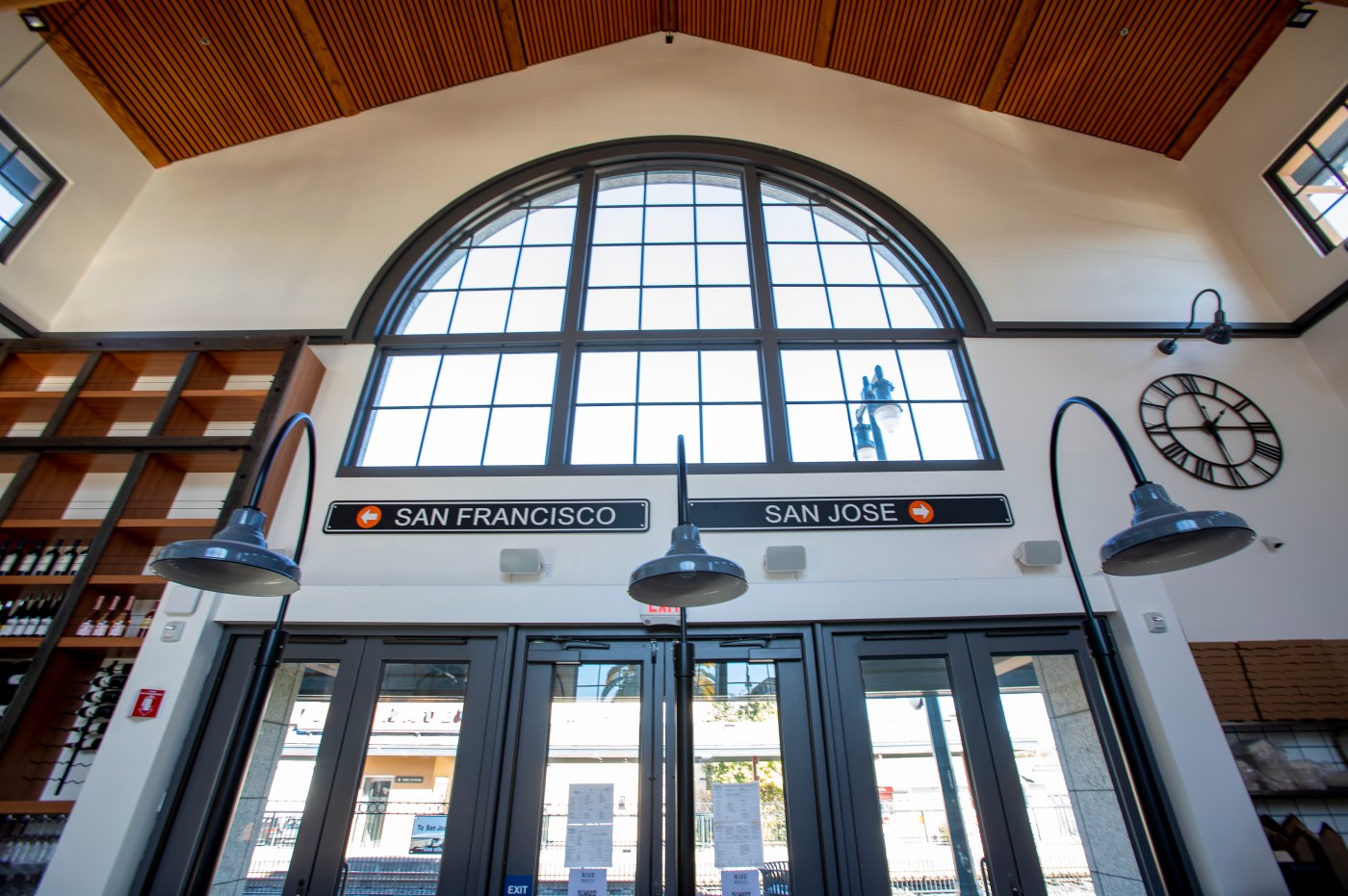 Four years after founding Rise Pizzeria in Burlingame, restaurateur Omid Zahedi has opened his second, much larger concept on the Peninsula, Rise Woodfire.

For this venture he’s imported two wood-fired pizza ovens from Naples and a wood-fired rotisserie from Texas to turn out what he calls “elevated comfort food” — spitfire-roasted prime rib, firewood oven-roasted salmon, slow-roasted rotisserie chicken and, of course, blistered-crust pizzas.

And it’s all being created in a prominent location, the historic downtown San Mateo train station. Zahedi took over the space that formerly had housed the Melting Pot and embarked on a full renovation that includes an Italian-made mural and plenty of decorative tile and Italian marble.

For alfresco dining, Rise offers a large heated patio with a full bar. When indoor dining resumes, the restaurant will be able to serve a total of 200 people.

Zahedi grew up in the fast-food pizza business — his Iranian immigrant father opened pizzerias after coming to this country — but chose the financial services field for his career. Years later, he developed a passion for “the new wave of fine pizza” and built a brick oven on a trailer to practice on family, friends and serve at charity events. Once the recipes were perfected, he and wife Susan Payrovi started looking for restaurant spaces.

So far, San Mateo customers are making best sellers of the Funghi pizza (with portobellos and four cheeses) and the Calabrese (drizzled with raw honey), along with the rotisserie chicken, which comes with your choice of sides and sauce.

The pizza menu ventures further into creative territory with a Brussels Sprouts and Smoked Pancetta combo, Medjool Date with Chevre, and Artichoke and Spinach.

And then there are the other pies that Rise bakes. “Pies rotate, but the blueberry pie is amazing and not very sweet,” Zahedi said. “We use organic blueberries in that one.”

The lineup of specialty cocktails includes the appropriately named Lovely Loco Motive, made with your choice of Ketel One vodka or Tanqueray gin, white peach puree, lemon and Earl Grey bitters, and the Golden Spike, a George Dickel Rye Whiskey number with maraschino cherry …read more