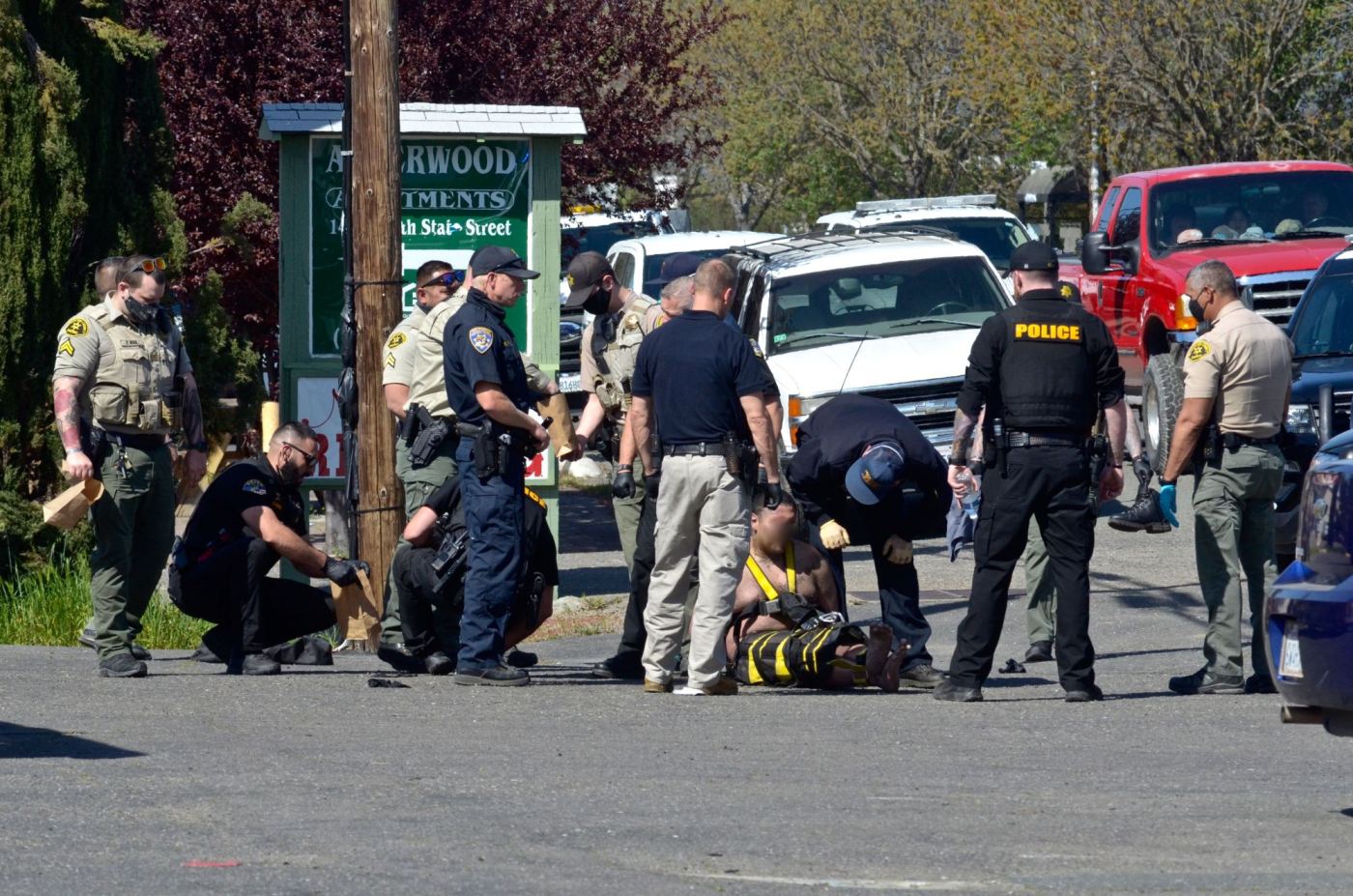 A Ukiah man reported to be “running in and out of the road” while naked Thursday afternoon was taken into custody after being Tased three times and pepper sprayed, the Ukiah Police Department reported.

According to the UPD, an officer near the 1400 block of South State Street responded to the area when the Mendocino County Sheriff’s Office was dispatched to a report of a naked man in the roadway around 2:45 p.m. April 1.

MSCO Capt. Greg Van Patten said the Sheriff’s Office was notified of “multiple 911 callers reporting that a naked man was running in and out of the roadway” in the area of South State Street and Laws Avenue Thursday afternoon, and deputies responded.

“By the time our deputies arrived, the use of force situation had concluded, and deputies began administering medical assistance to the suspect, such as providing cold water and ice packs,” said Van Patten, describing the handcuffed suspect, identified as Ukiah resident Gerardo Magdaleno by the UPD, as appearing to be at risk of overheating.

Personnel from the Ukiah Valley Fire Authority also responded to the scene to render medical aid to Magdaleno before he was transported to Adventist Health Ukiah Valley for treatment prior to being booked into Mendocino County Jail.

Magdaleno was arrested on suspicion of resisting arrest, possession of drug paraphernalia and violating his probation.

Van Patten said that Magdaleno was booked into jail after being treated at AHUV, but several hours later he was taken back to the hospital. When asked whether jail staff were concerned about Magdaleno’s health due to his mental status or possible injuries, Van Patten said only that he was transported back to the hospital “due to concerns regarding his physical condition.”

Van Patten said he could provide no specifics regarding any injuries Magdaleno had suffered, or whether he was being held for a mental health evaluation.

At least one witness to the arrest took video of the incident, which appears to show officers punching the suspect while he was lying on the ground after being Tased. When asked to address the video and whether it shows potential use of …read more