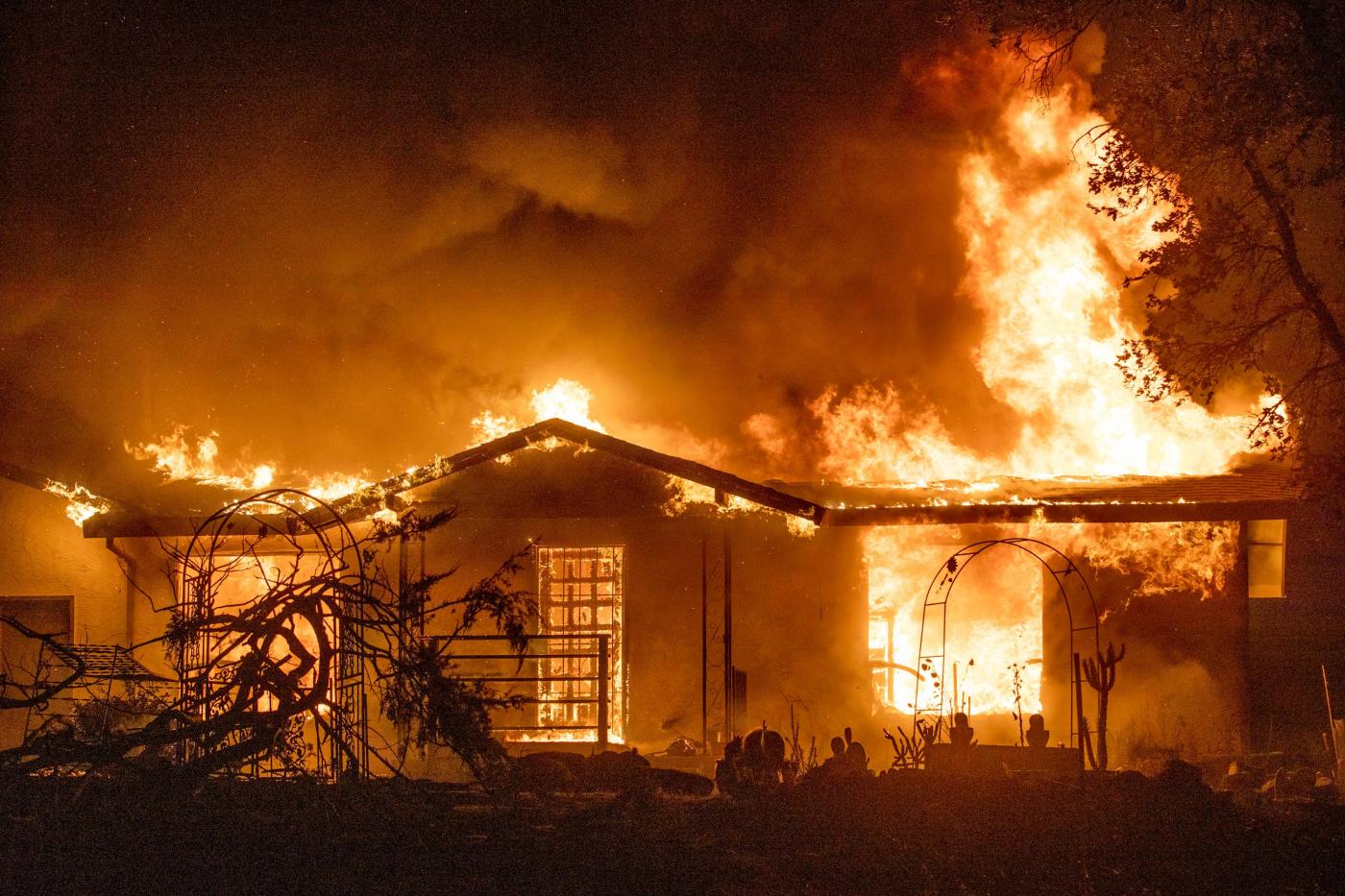 Both the 56,338-acre Zogg Fire in Shasta County and the 67,484-acre Glass fire in Napa and Sonoma counties have reached more than 90% containment, according to fire officials. Crews expect to fully contain the Zogg fire by late Monday.

“It couldn’t come too soon — particularly with the higher winds coming into that area,” said Gov. Gavin Newsom during a press briefing.

Both fires broke out Sept. 27 and have since torn through more than 100,000 acres combined, destroying more than 1,500 structures and killing four people in total. The Glass fire in particular devastated parts of California’s famed wine country, damaging more than 20 wineries throughout the region, including Spring Mountain, which had avoided previous fires until this year.

State investigators are meanwhile looking into whether PG&E’s equipment may have sparked the Zogg fire, and last week seized equipment near the blaze, the utility said in a regulatory filing.

As of this weekend, firefighters reported significant progress in containing the blazes. Evacuation orders have been lifted across parts of Napa County, and Cal Fire officials said in a Monday morning update that “little fire activity” has been reported throughout the day.

Crews are hoping to start mopping up before winds pick up again this weekend, Newsom said. Gusts of up to 30-40 mph — and potentially 50 mph in some of the highest peaks of the East Bay hills, Santa Cruz mountains and North Bay mountains — prompted both a Public Safety Power Shutoff warning from utility PG&E and a National Weather Service fire weather watch for the region.

The August Complex fire — which has burned more than 1 million acres across seven counties — has meanwhile hit 75% containment, while the smaller Creek fire in Fresno and Madera counties is at 55% in light of “stubborn” fire conditions, the governor said.

“I want to remind people of the importance of being even more vigilant in these dry and hot conditions where we begin to see this winds pick up,” Newsom added. “Please maintain your vigilance. Please take very seriously those evacuation orders.”

Rain in the forecast? Meteorologists, firefighters watching with anticipation

Burned mountain lion cub being cared for at Oakland Zoo

As famous wineries burn around them, not-so-typical Napa Valley couple fights all night to save home