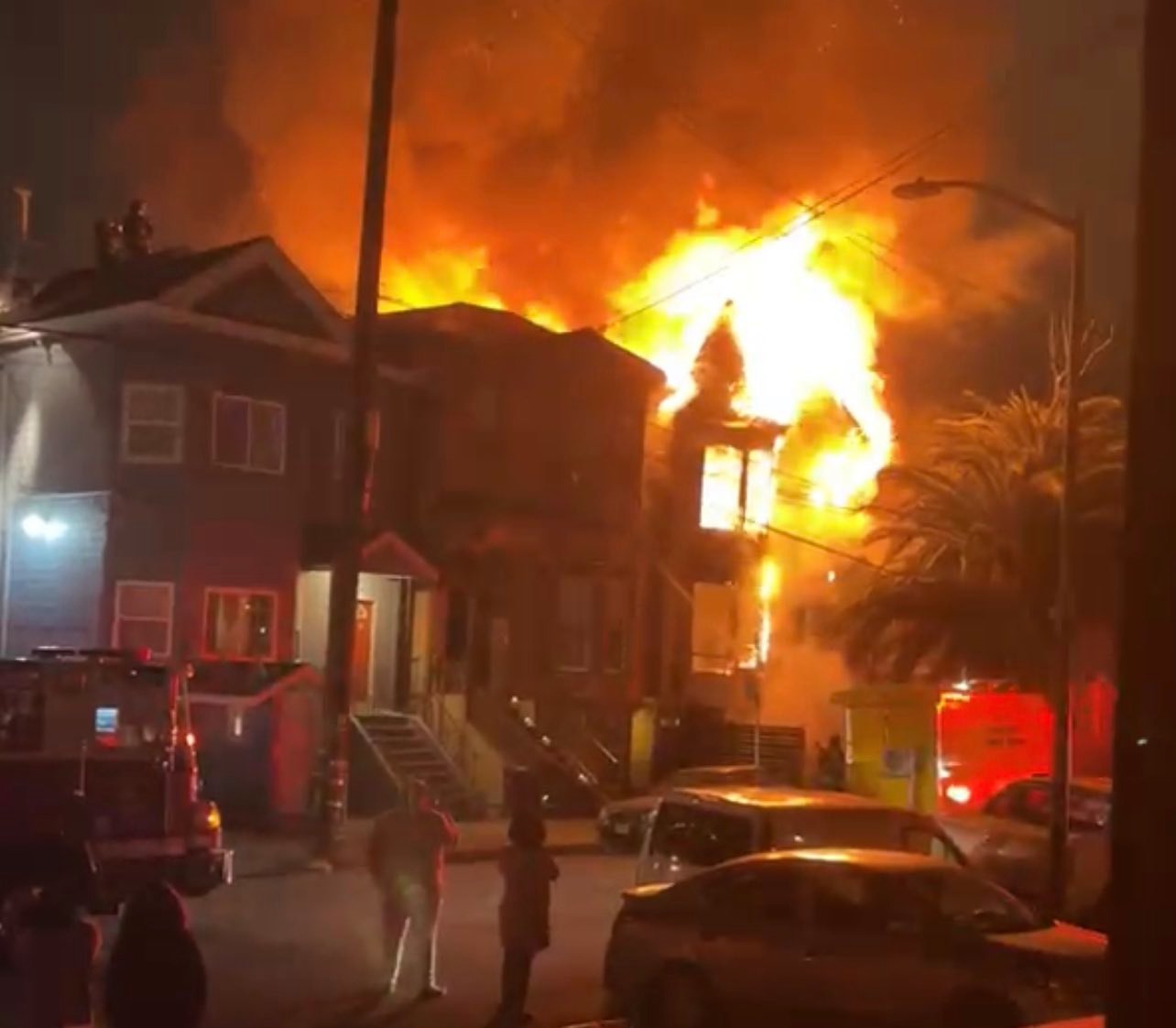 OAKLAND — Firefighters were at the scene of a three-alarm fire that appeared set to leave a residence with moderate to severe damage, authorities said Tuesday.

At 10:07 p.m., multiple engines and trucks responded to reports of flames in the 800 block of 20th Street in the city’s Ralph Bunche neighborhood, an Oakland Fire Department dispatcher said.

When firefighters arrived, they found a large blaze and called a second alarm before establishing a water supply to battle the flames. Soon after, crews called a third alarm and pulled firefighters back in order to help protected nearby buildings.

There were no immediate reports of a cause, injuries or displaced residents.