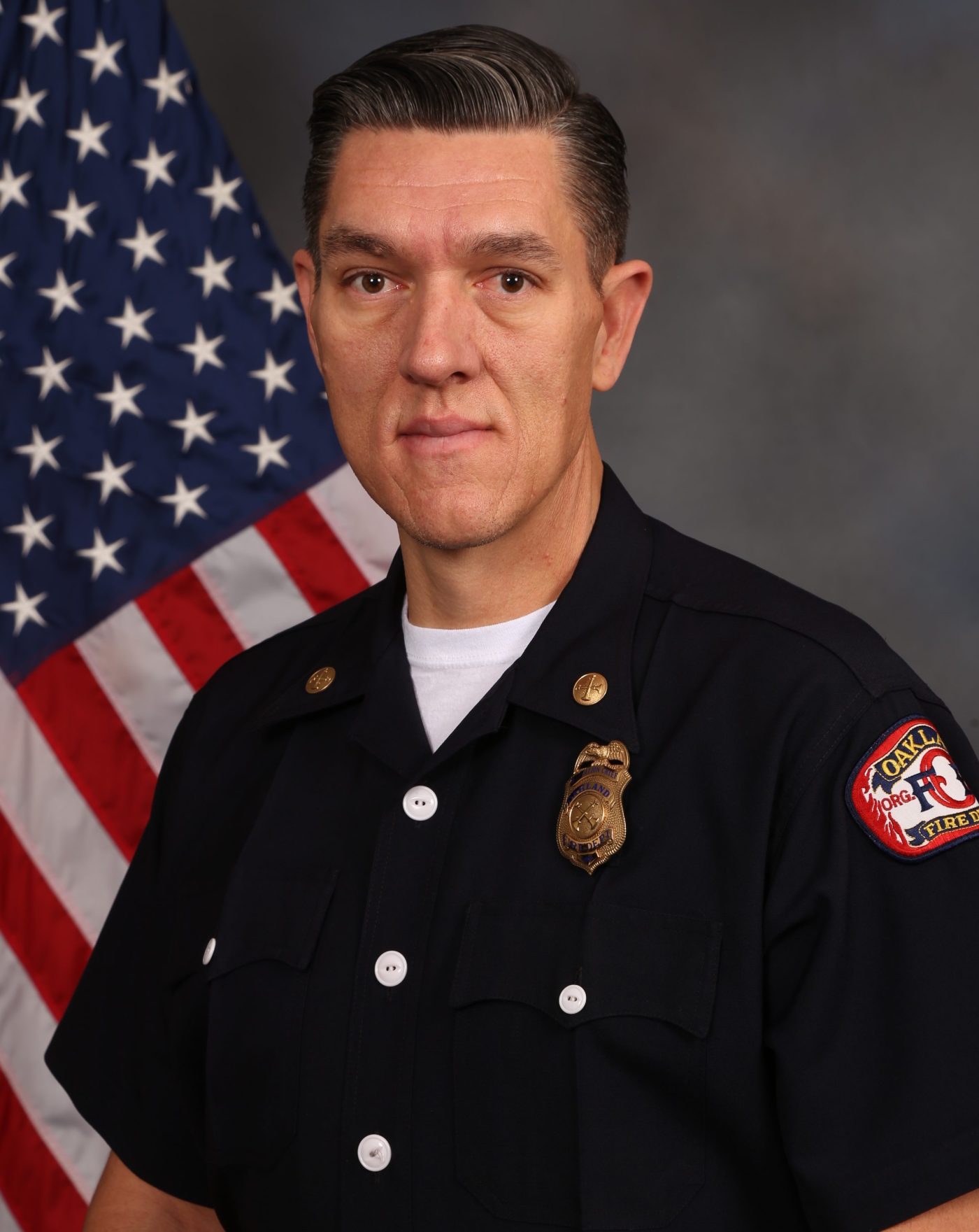 OAKLAND — Oakland Fire Department personnel will escort the body of late interim Assistant Fire Chief Sean Laffan to a chapel in an informal procession Wednesday that will be the first of perhaps many subdued life-honoring activities created by the COVID-19 pandemic, officials said.

The escort will begin at 4 p.m., when Laffan’s body leaves Summit Medical Center and is driven to Chapel of the Chimes in Oakland in the 400 block of Piedmont Avenue.

Laffan died Monday night after collapsing in an office inside the department’s Frank Ogawa Plaza location. Rescue workers rushed him to Summit Medical Center in Oakland, where he died from cardiac arrest a little more than five hours after collapsing, fire spokesman Michael Hunt said.

Laffan had been elevated to the role of interim assistant chief in June and had been part of the department since 2000. He left behind his parents, his wife, Sabrina, and sons Caeden, Connor and Cooper. Caeden Laffan is a probationary firefighter within the department.

Fire spokesman Michael Hunt said the department was downplaying the event as a procession, because they didn’t want to pressure other departments into attending a more formal event. Alameda County, like most other counties in the state, went into the Purple Tier this week because of COVID-19’s most recent outbreak, and big gatherings have been discouraged.

The route from the hospital will go past locations of significant for Laffan and his family, including stations where he spent much of his career.

The department has not announced any further plans to celebrate Laffan’s life, but Hunt said those are being planned and will be “based on the needs and wishes” of Laffan’s family.

Outbreak: Hospitalizations hit another record in the US