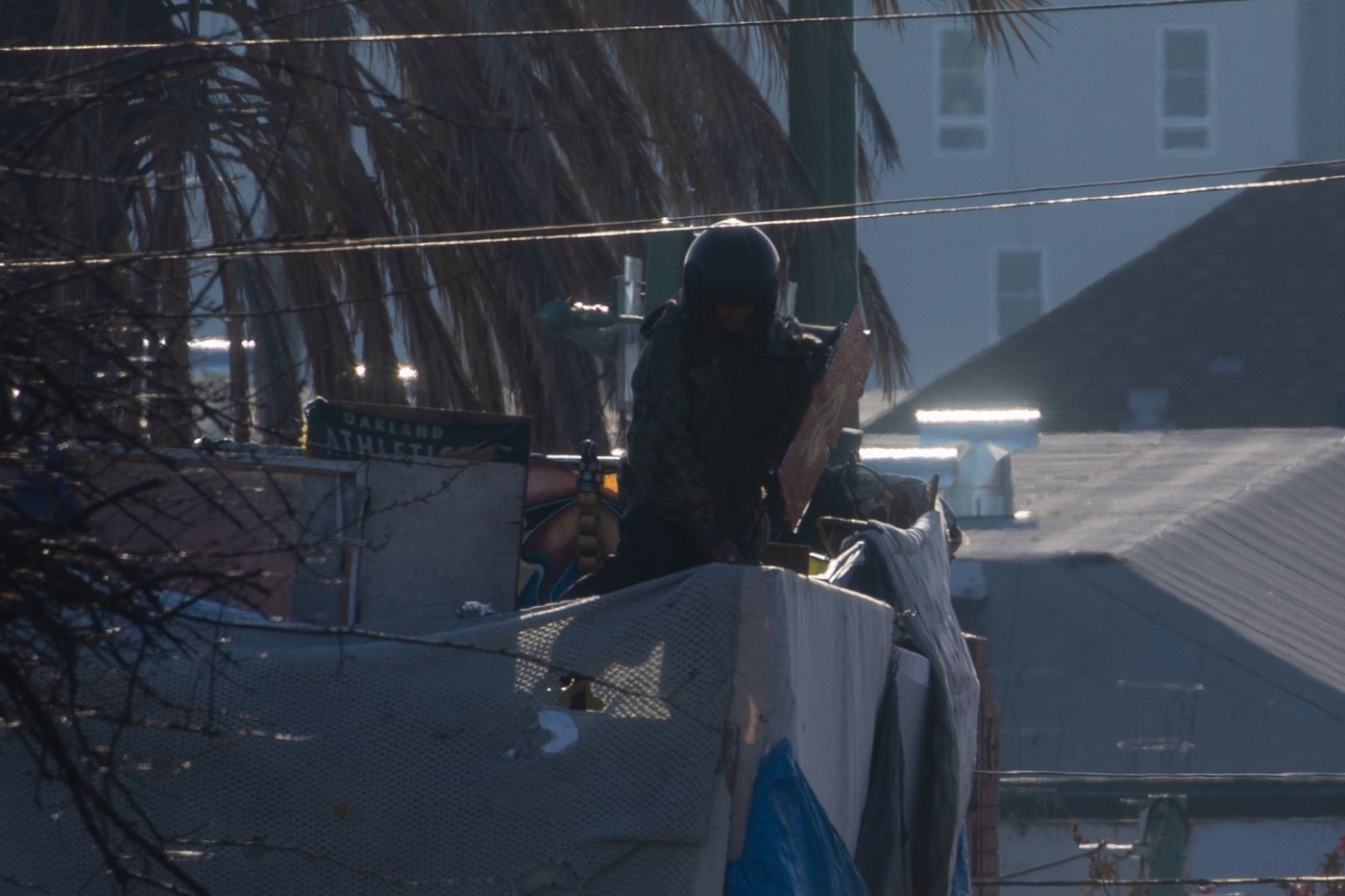 OAKLAND — A 42-year-old man admitted to beating and stabbing a man to death after police arrested him at the end of an hours-long standoff, according to recently-filed court records.

Trung T. Tran, who also goes by Tran T. Tran, was charged Thursday with murdering Xuan Dong Vo, 52, of Oakland, in a crime that police allege came at the peak of a verbal dispute between the two. According to an Oakland police probable cause statement, Tran admitted to detectives that he beat Vo with a crowbar and a hammer, then stabbed him once in the neck.

Tran allegedly told police that he felt disrespected by Vo and that Vo initiated the physical confrontation by shoving him. The incident occurred a little before 10 p.m. on the 1200 block of 7th Avenue in Oakland.

“Tran state he struck (Vo) in the head with the hammer and crowbar, which were attached to his arm,” Oakland police Det. Wencelslao Garcia wrote in the probable cause statement. He later added that after Vo fell to the ground, “Tran stated he had to end it, so he ‘executed’ the victim by pulling out and knife (sic) from his person and stabbed the victim once in the neck.”

Tran’s account was corroborated by other witnesses, police said.

Tran was arrested two days later at the same location, but he used buckets, tarps, and other items to barricade himself in the RV for hours. Police eventually convinced him to surrender. During the standoff, Tran allegedly brandished what turned out to be a replica rifle.

Investigators reportedly noticed dried blood around the entrance to the RV, but the police probable cause statement doesn’t say if DNA from the blood was matched to anyone.

Tran is being held without bail at Santa Rita Jail in Dublin. His first court appearance was Thursday morning, but he has not yet entered a plea, according to court records.