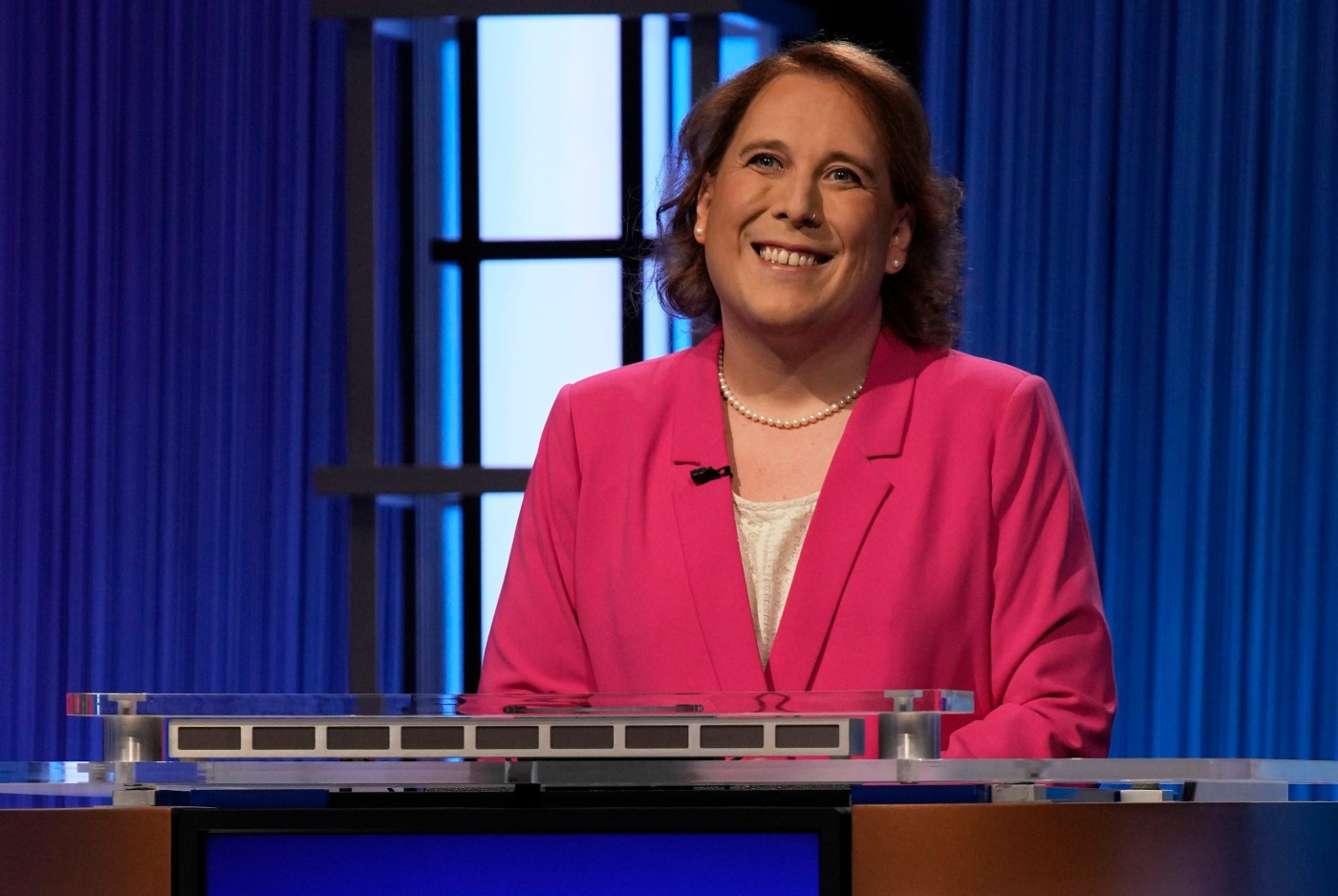 Amy Schneider’s winning streak on “Jeopardy!” continued Thursday when she reached another milestone: A victory in her 32nd straight game, which put her in a third-place tie with past champion James Holzhauer for the most number of consecutive games won.

Amy Schneider is now tied with James Holzhauer at 32 games and #3 on the all-time consecutive wins list! pic.twitter.com/UdeUKXEHqt

The Oakland resident, 42, could, of course, break that tie on Friday night and continue on her path of “Jeopardy!” glory. On Thursday, she took home the win with $32,800, bringing her total to $1,101,600 and becoming the highest earning female contestant in “Jeopardy!” history.

Schneider was far ahead of her competition for most of the game Thursday, and won with the correct Final Jeopardy answer: “What is the guillotine?”

The question, in the category of the “Words of Victor Hugo,” was: “This ‘object ‘ is the ultimate expression of law, and its name is vengeance; it is not neutral, nor does it allow us to remain neutral.’”

As the first transgender “Jeopardy!” contestant to qualify for the Tournament of Champions, Schneider has captivated audiences with her gameplay since first appearing on the show on Nov. 17.

The engineering manager also has gained fans with her active Twitter feed. She talks about her personal life and, somewhat modestly, about being an icon for the LGBTQ community. Schneider has also exchanged congratulations with past “Jeopardy!” contestants, writes threads breaking down each game and reveals her techniques for absorbing a seemingly infinite number facts about history, science or pop culture.

Her latest game thread, though, is from Tuesday night’s game. She admitted she has fallen behind in posting because she was sick last week from an unspecified illness. She also was recovering from the trauma of being robbed at gunpoint in Oakland on Jan. 2, losing her phone and ID.

Post-game thoughts (1/11/22):
Sorry this got delayed! I overestimated how recovered I was from last week’s illness, I’ve still been fairly fatigued the last few days. Anyway, on to the game!

In the thread for Tuesday’s game, she kicked herself for her wrong Final Jeopardy answer. The question, in the category of “Broadway Musicals,” was: “Each in a show that ran more than two years, Ethel Merman and Sarah Jessica Parker played 2 different characters with this first name.”

Schneider answered: “What is Rose?” — perhaps thinking of the fact that Merman won acclaim for playing domineering stage mother “Mama” Rose Hovick in the original Broadway version of “Gypsy” in the late 1950s.

The correct answer was: “What is Annie?” Merman played Annie Oakley in “Annie Get Your Gun” in the 1940s, while Parker, as a young teen, played the titular role of “Annie” in the late 1970s.

Schneider wondered on Twitter why she had forgotten that Parker was a child star on Broadway and why she talked herself out of the correct answer. She also noted how she went into Final Jeopardy with $42,000, …read more