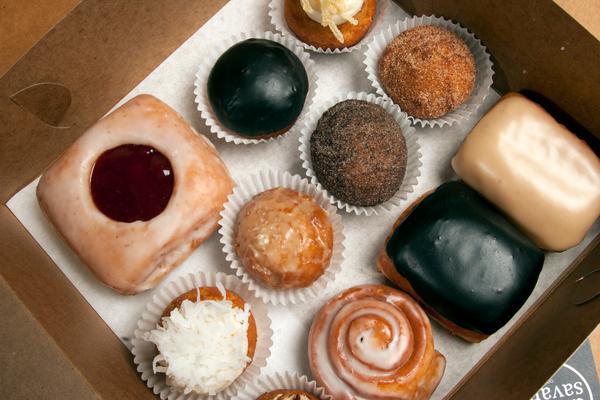 When it first opened in 2012, Oakland’s Donut Savant was a trailblazing example of the Bay Area’s gourmet doughnut possibilities: Tiny, hot-from-the-fryer versions of heavenly maple bars, apple fritters and other sweet treats that were made with top-notch ingredients and small enough that you could try a few different flavors in one sitting. Did we mention they cost a buck or so each?

The beloved shop remained in its Broadway Avenue digs until October 2019, when owner and head baker Laurel Davis announced via Instagram that Donut Savant was vacating the building, ahead of demolition. The property owner planned to develop the site into a 39-story mixed-use project. But don’t worry, she promised, a new location in East Oakland had been secured.

Sunnyvale community briefs for the week of Nov. 13

Olio nuovo: How to use and where to find season’s freshest, boldest olive oil

Now, a little more than a year later, Davis has kept true to her promise to keep frying. As first reported by Eater SF, the new Donut Savant opened on Nov. 12 in the former King’s Coffee Shop in Allendale, between the Fruitvale and Laurel districts. And according to the menu, you’ll find all of your favorites there, from the “cron’t,” a croissant-doughnut hybrid, to chocolate bombs and glazed bars.

For more food and drink coverage
follow us on Flipboard.
…read more