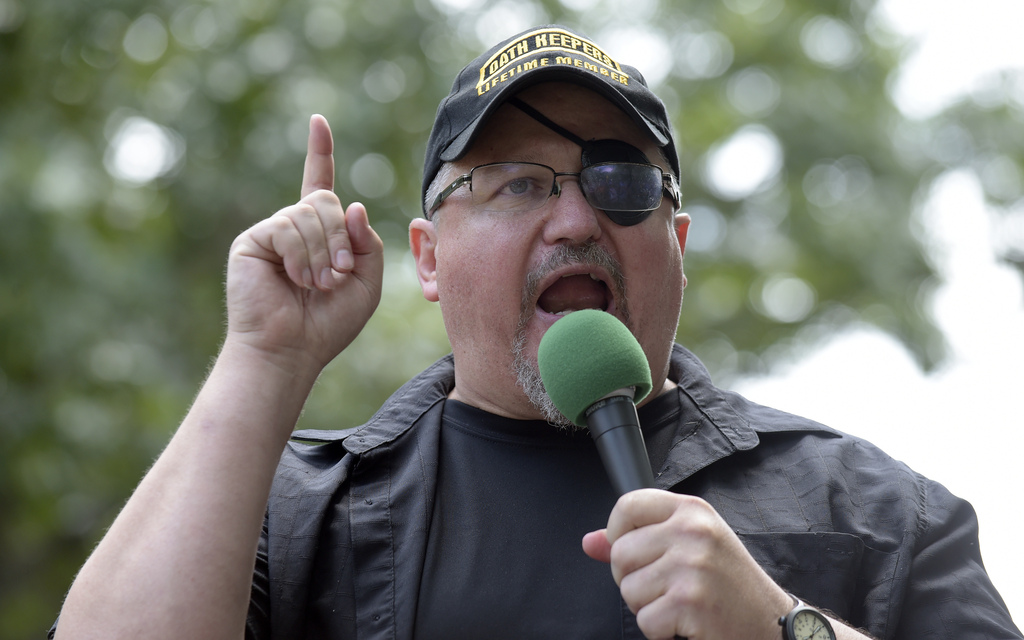 WASHINGTON — Stewart Rhodes, the founder and leader of the far-right Oath Keepers militia group, has been arrested and charged with seditious conspiracy in the attack on the U.S. Capitol, authorities said Thursday.

Ten other people also were charged with seditious conspiracy in connection with the attack on Jan. 6, 2021, when authorities said members of the extremist group came to Washington intent on stopping the certification of President Joe Biden’s victory.

These are the first charges of seditious conspiracy that the Justice Department has brought in connection with the attack led by supporters of former President Donald Trump.

Rhodes, 56, of Granbury, Texas, and Edward Vallejo, 63, of Phoenix, Arizona, were arrested on Thursday. The others who were charged were already facing criminal charges related to the attack. Rhodes is the highest-ranking member of an extremist group to be arrested in the deadly siege.

The arrest of Rhodes and the others is a serious escalation of the accusations against the thousands of rioters who stormed the Capitol. And the charges answer in part a growing chorus of Republicans who have publicly questioned the seriousness of the Jan. 6 insurrection, arguing that since no one had been charged yet with sedition or treason, it could not have been so violent.

Rhodes did not enter the Capitol building on Jan. 6 but is accused of helping put into motion the violence that disrupted the certification of the vote. The Oath Keepers case is the largest conspiracy case federal authorities have brought so far over Jan. 6, when rioters stormed past police barriers and smashed windows, injuring dozens of officers and sending lawmakers running.

To beat the Interstate 5 blues, try this pleasant detour: Roadshow

The indictment against Rhodes alleges Oath Keepers formed two teams, or “stacks,” that entered the Capitol. The first “stack” split up inside the building to separately go after the House and Senate. The second “stack” confronted officers inside the Capitol Rotunda, the indictment said. Outside Washington, the indictment alleges, the Oath Keepers had stationed two “quick reaction forces” that had guns “in support of their plot to stop the lawful transfer of power.”

“He has been subject to a lot of suspicion to why he wasn’t indicted,” so far in the Jan. 6 riot, Moseley said. “I don’t know if this is in response to those discussions, but we do think it’s unfortunate. It’s an unusual situation.”

Moseley said Rhodes was supposed to testify before the House committee investigating the Jan. 6 insurrection in a deposition but it got called off. He was talking to Rhodes on the phone about the committee when Rhodes was contacted by the FBI.

Rhodes has said in interviews with right-wing hosts that there was no plan to storm the Capitol and that the members who did so went rogue. But he has continued to push the lie that the 2020 election was stolen, while posts on the Oath Keepers website have depicted the group as …read more