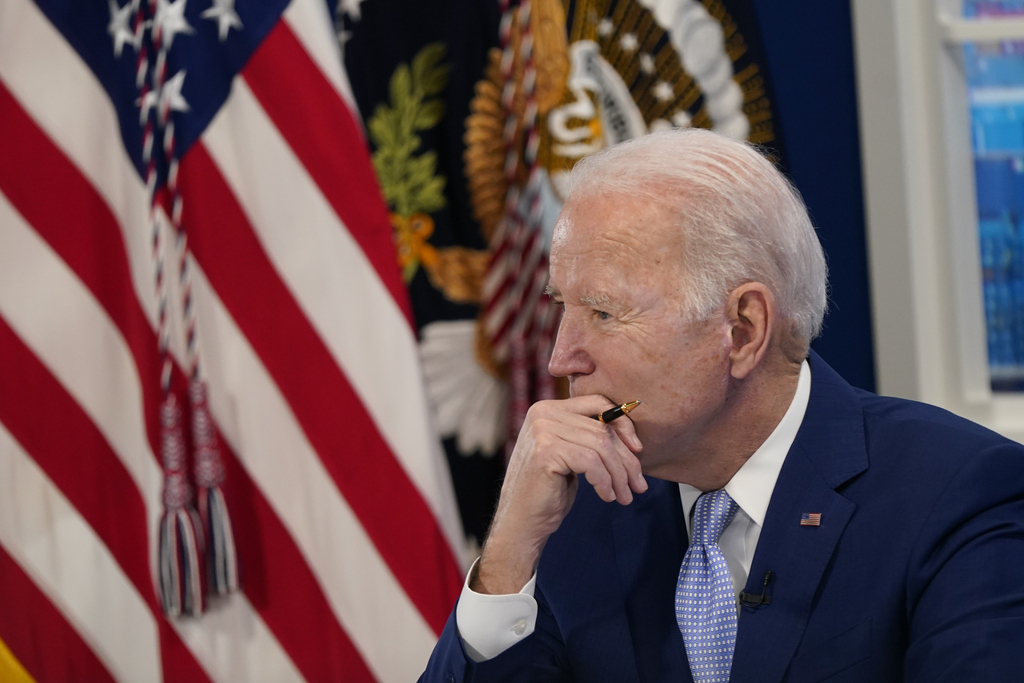 As usual, Democrats are fighting among themselves — this time about what to do with the Senate filibuster.

Most would like to simply eliminate it, but that is not going to happen in a 50-50 Senate that includes Sens. Joe Manchin III of West Virginia and Kyrsten Sinema of Arizona, two Democrats who are uncomfortable with rule changes. So Democratic officeholders and strategists have talked about trying to “carve out” an exception to protect voting rights. But even that now seems a heavy lift.

The irony here is that while some Democrats worry that carving out an exception to the filibuster might set a bad precedent, the imbalance in the three Senate classes, which I wrote about in May, may give Republicans a chance at a filibuster-proof majority during the 2024 elections, when the Senate map strongly favors the GOP.

Of course, when I noted that, President Joe Biden’s job approval was sitting in the low-to-mid 50s, while his disapproval was about 10 points lower.

Now, those numbers have reversed, and there are more questions about the sitting president’s ability to deliver on his promised “Build Back Better” plan, his ability to make headway against the coronavirus, his ability to work with Republicans in a bipartisan fashion and his ability to return things “back to normal” — all goals he articulated during the presidential campaign and subsequently.

Empty supermarket shelves are not exactly a good look for the president and his economic team.

So, circumstances look dramatically more challenging for the Democrats now than they did last spring.

My longtime friend Charlie Cook was, of course, exactly right when he wrote recently that Senate races are more idiosyncratic than House races and that “House and Senate results are hardly synchronized.”

Historically, the quality of Senate candidates are better, many Senate challengers raise enough cash to run competitive campaigns, and outcomes depend on which combinations of states are having Senate contests in a particular year.

Still, Senate “wave elections” are not unheard of.

In 1986, Democrats gained a mere six House seats, adding to their already huge majority. After the midterm elections, Democrats held 258 seats to the GOP’s 177.

But in the Senate, Democrats won eight seats, taking them from 47 seats to 55 seats and the majority. While House Democrats already held so many seats that they had few opportunities left during President Ronald Reagan’s second midterm election, Senate Democrats had plenty of opportunities, especially since Reagan had dragged into the Senate so many mediocre GOP nominees in 1980.

As the midterms approached in 2006, my colleague Nathan L. Gonzales and I were discussing how to rate the Virginia Senate contest between Republican incumbent George Allen and Democratic challenger Jim Webb.

Almost every reputable poll we saw during the summer and early fall showed the more affable Allen ahead, but the race was clearly closing by October.

We rated the race “Lean Democratic,” which, in turn, put us in the position of arguing the Senate was more likely than not to flip.

Webb ended up winning by four-tenths of a percentage point.

This cycle, each party …read more