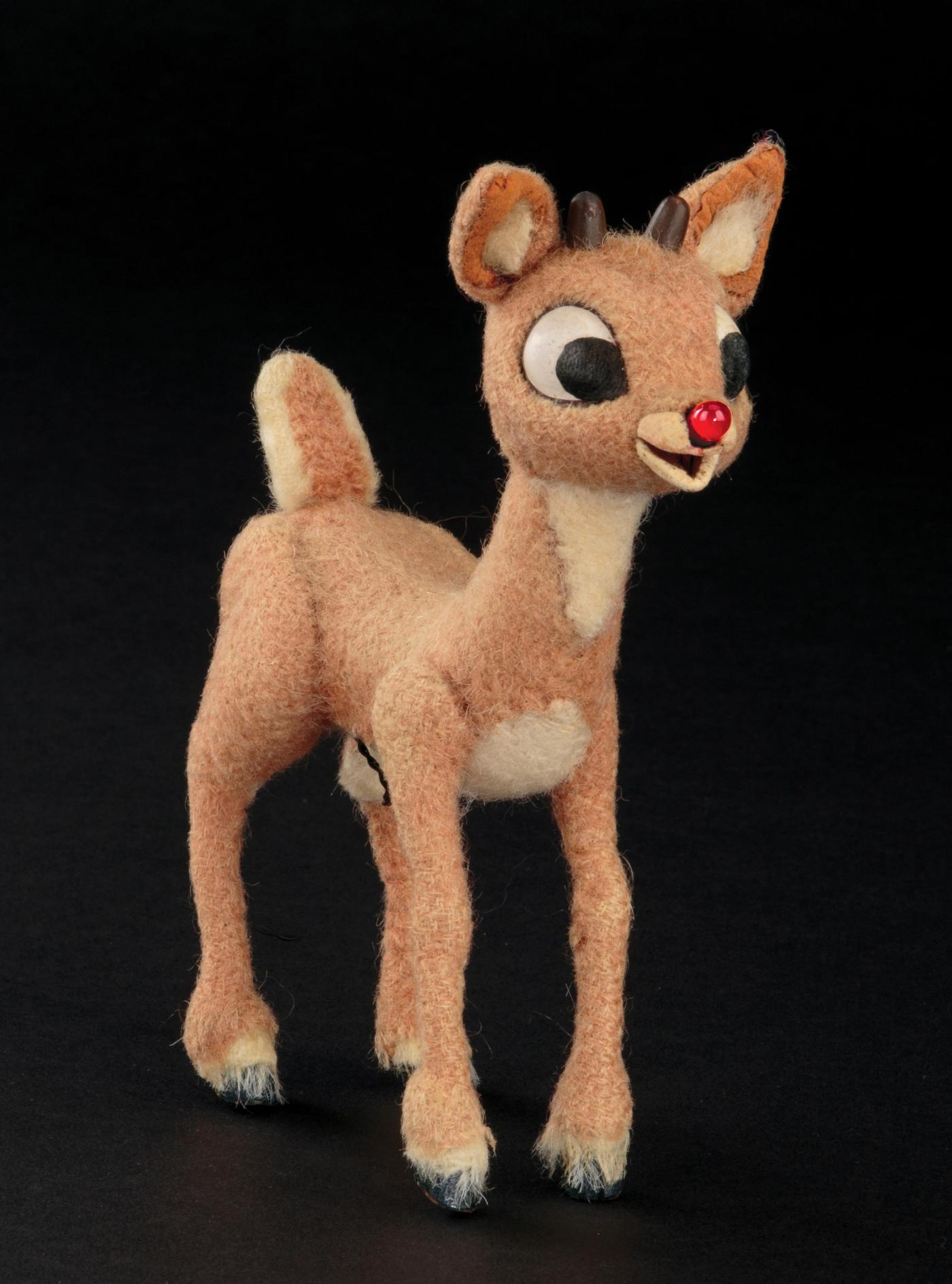 By ANDREW DALTON | The Associated Press

LOS ANGELES  — Rudolph and his still-shiny nose are getting a new home, and it’s bound to be a lot nicer than the Island of Misfit Toys.

The soaring reindeer and Santa Claus figures who starred in in the perennially beloved stop-motion animation Christmas special “Rudolph the Red Nosed Reindeer” are going up for auction.

Auction house Profiles in History announced Thursday that a 6-inch-tall Rudolph and 11-inch-tall Santa used to animate the 1964 TV special are being sold together in the auction that starts Nov. 13 and are expected to fetch between $150,000 and $250,000.

Collector Peter Lutrario of Staten Island, New York, thought they might be the only items he would never sell, but when he recently turned 65 he thought about having something to leave for his children and grandchildren.

“I always said I would die with the dolls,” he told The Associated Press. “I’m just putting the family first.”

The figures were made by Japanese puppet maker Ichiro Komuro and used for the filming of the show at Tadaito Mochinaga’s MOM Productions in Tokyo.

They’re made of wood, wire, cloth and leather. Rudolph’s nose, after some minimal maintenance through the years, still lights up. The realistic bristles of Santa’s beard are made from yak hair.

Lutrario, who bought them about 15 years ago after seeing them appraised on “Antiques Roadshow” on PBS, says that even after well over five decades you can manipulate them as the original animators did.

“They’re still malleable,” he said, “and it’s very detailed. Not only can you move the arms, the legs, the head, you can move the fingers, the thumbs.

The show, produced by the company that would become Rankin/Bass Animated Entertainment, first aired Dec. 6, 1964 on NBC in the United States. It’s been a TV staple ever since with its tale, based on the 1939 song, of a year when Christmas was almost canceled, the misfit reindeer who saved it, an elf with dreams of being a dentist, and an island full of cast-away toys.

Jeopardy ends with a rare surprise for host Trebek

Video: Moderator Susan Page has funny reaction to VP debate skit on SNL — and that fly

The figures would make their to the New York offices of Arthur Rankin Jr. and Jules Bass. Rankin later gave them to his secretary, who gave them to her nephew, who owned them until Lutrario bought them in 2005.