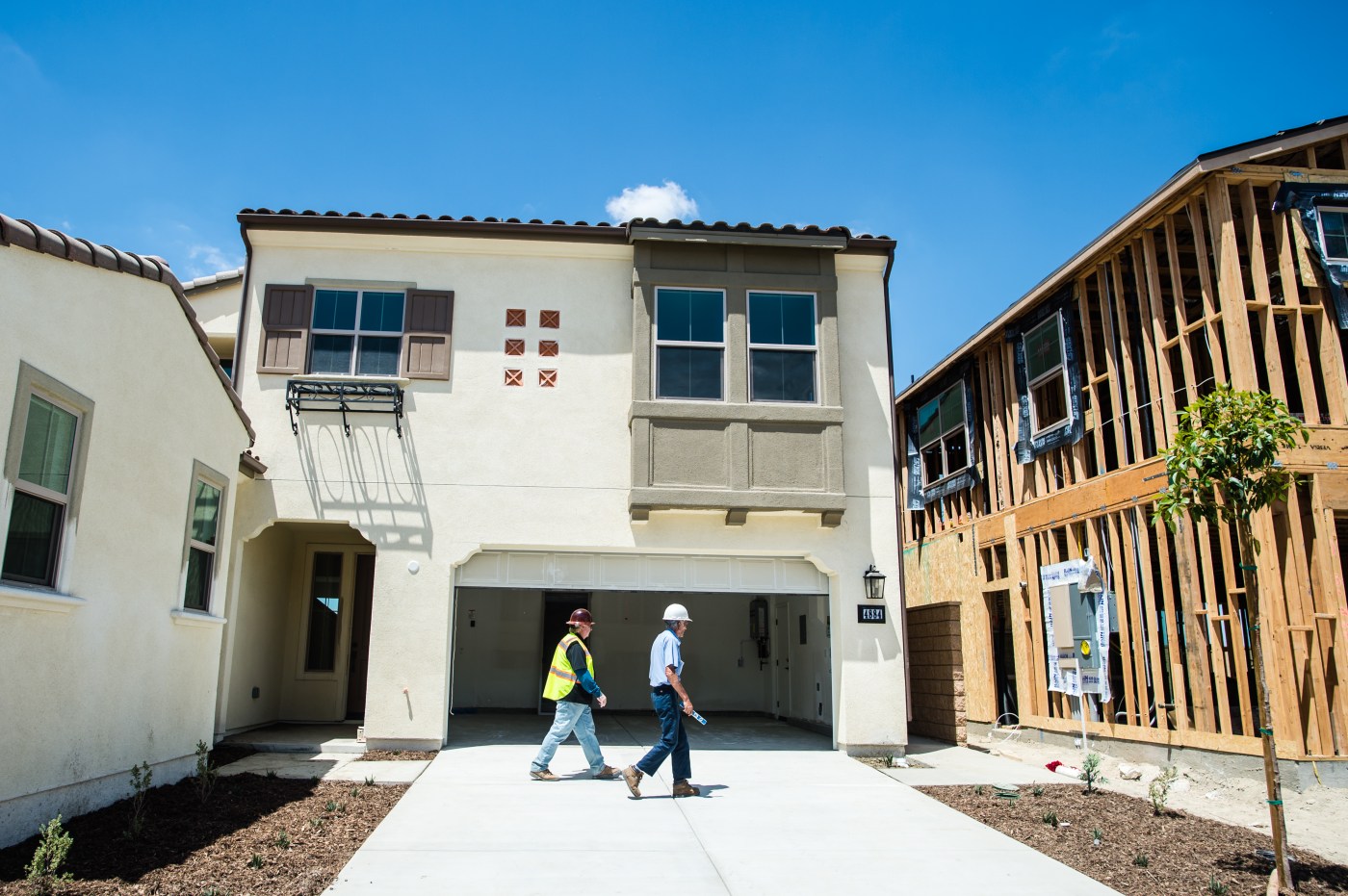 Building homes, not apartments, is housing’s sweet spot in this pandemic era.

Homebuilders across California filed 17,042 permits this summer for single-family homes — the second-busiest quarter since 2007, according to U.S. Census Bureau stats compiled by the St. Louis Fed. My trusty spreadsheet says that pace is a 42% surge from the spring’s pandemic-induced chill and up 18% from a year ago.

It’s all part of a widespread and curious coronavirus impact on housing. Amid the pandemic, house seekers share a growing desire for more living space. As the economy emerged from a springtime lockdown, we saw house hunters, lured by historically low mortgage rates, push California homebuying to levels not seen since before the Great Recession.

That thirst for ownership ran into significant challenges. Many owners have been unwilling to sell in a pandemic. Builders had been cautious with construction, even years after the last bubble burst. The resulting inventory shortage meant California’s median selling price hit record highs in June through September.

All these market forces mean builders have literally been overrun with house hunters, according to data from new-home sales tracker Zonda.

In September, builders across the U.S. signed 47% more new home sales contracts than a year earlier. In California, that buying binge was 88% in Riverside and San Bernardino counties; 58% in the San Francisco market; 66% in Sacramento; 44% in Los Angeles and Orange counties; and 42% in San Diego. It was up just 6% in the San Jose area.

“Mortgage rates are literally turning back time,” says Ali Wolf, Zonda’s chief economist, noting that low financing rates mean a typical house payment is roughly at 2015 levels despite price hikes. “This is good for buyers for now, but the strong demand is driving home prices up, and threatens affordability in the future, especially when mortgage rates start to tick up.”

This sales surge requires more new homes to complete orders. That explains why, nationwide, 276,700 single one-family permits were filed in the third quarter — the busiest three-month period in 13 years and up 29% from the spring. The third quarter’s building binge is also 29% higher than the average pace of the previous six years.

Now, let’s contrast all that new home expansion with development plans for multifamily housing, largely apartments but with some ownership condominiums, too.

The pandemic’s economic pain disproportionally slammed the lower-paid renter class. Landlords have struggled to collect rents and keep units occupied. So property owners can barely raise rents — and in many cases have to offer discounts in order to lure in tenants.

We’re in the worst rental market since the Great Recession, which doesn’t get developers excited about building more apartments.

In California, 10,974 permits were filed this summer for multifamily units. Yes, that’s up 15% from the depressed spring, but it’s down 15% from the previous six year’s pace.

The drop is loosely in line with national patterns: U.S. multifamily permits were up 7% from the spring and flat compared with the six-year average.