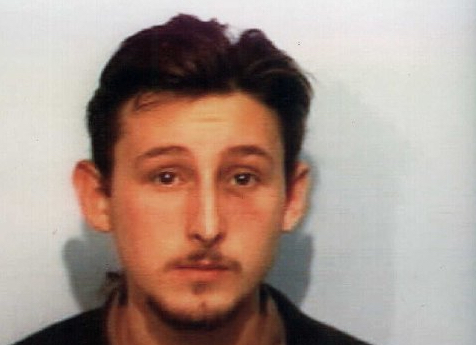 VACAVILLE — Gabriel “Snoop” Roberson, the East Contra Costa native who’s serving life for a murder conviction that gained a special notoriety after frequent references in popular underground rap songs, has been denied parole for the next 10 years.

Not only that, but the 44-year-old Roberson hardly sat down for his November 2020 parole hearing before he was kicked out during a heated back-and-forth with presiding parole commissioner Arthur Anderson, according to a transcript obtained Monday. As he was led away by a prison guard, Roberson called the proceeding “kangaroo court” and told Anderson, “you’re a clown,” the transcript says.

The exchange started when Roberson maintained his innocence in the 1994 quintuple shooting that left 26-year-old Jorge Franco dead. Roberson was 17 at the time, but was tried as an adult. Because of a prior home invasion robbery conviction, he’s been in prison since his 18th birthday, a decade of which he spent in solitary confinement in the notorious Pelican Bay State Prison.

“I’m suitable because I never even committed the crime I’m in here for,” Roberson said when asked why he deserves freedom.

“Okay, well that has nothing to do with why you’re here in prison,” Anderson replied.

“The fact that I didn’t commit the crime has nothing to do with why I’m in prison?” Roberson asked.

“No, it has nothing to do with this hearing…We’re not here to retry the case,” Anderson says, later adding, “The law says you’re guilty.”

“I don’t care what the law says,” Roberson retorted. “I’m not guilty.”

“Well, look, let me tell you something, Mr. Roberson, don’t get argumentative with me, I’m the wrong guy,” Anderson shot back, later adding, “I’ll throw you out of this hearing.”

Woman killed in I-580 crash after car veered off roadway, flipped over

A few moments later, Roberson was gone. Anderson later cited the “clown” remark as evidence Roberson was unsuitable for parole.

“Mr. Roberson obviously cannot control his anger,” Anderson said. “He flared up and became very angry at the start of the hearing and was very confrontational, disruptive, and totally disrespectful. Calling the commissioner names…We’re concerned that if he had a conflict with a stranger in society, that he didn’t like, it can result to violence.”

Commissioners also noted that Roberson didn’t have support letters, hadn’t vocalized plans after prison, and didn’t take anger management or other self-help programs in prison. Roberson’s attorney told commissioners his client likely believed the denial of parole would be a foregone conclusion but argued Roberson’s lack of violence in prison was evidence he would do well on the outside.

Roberson was convicted of murdering Franco and four attempted murder counts, after an earlier mistrial. The prosecutor, then-deputy district attorney John Cope, said at the time the case hinged on identification of Roberson as a shooter by a victim who admitted he had several beers that night.