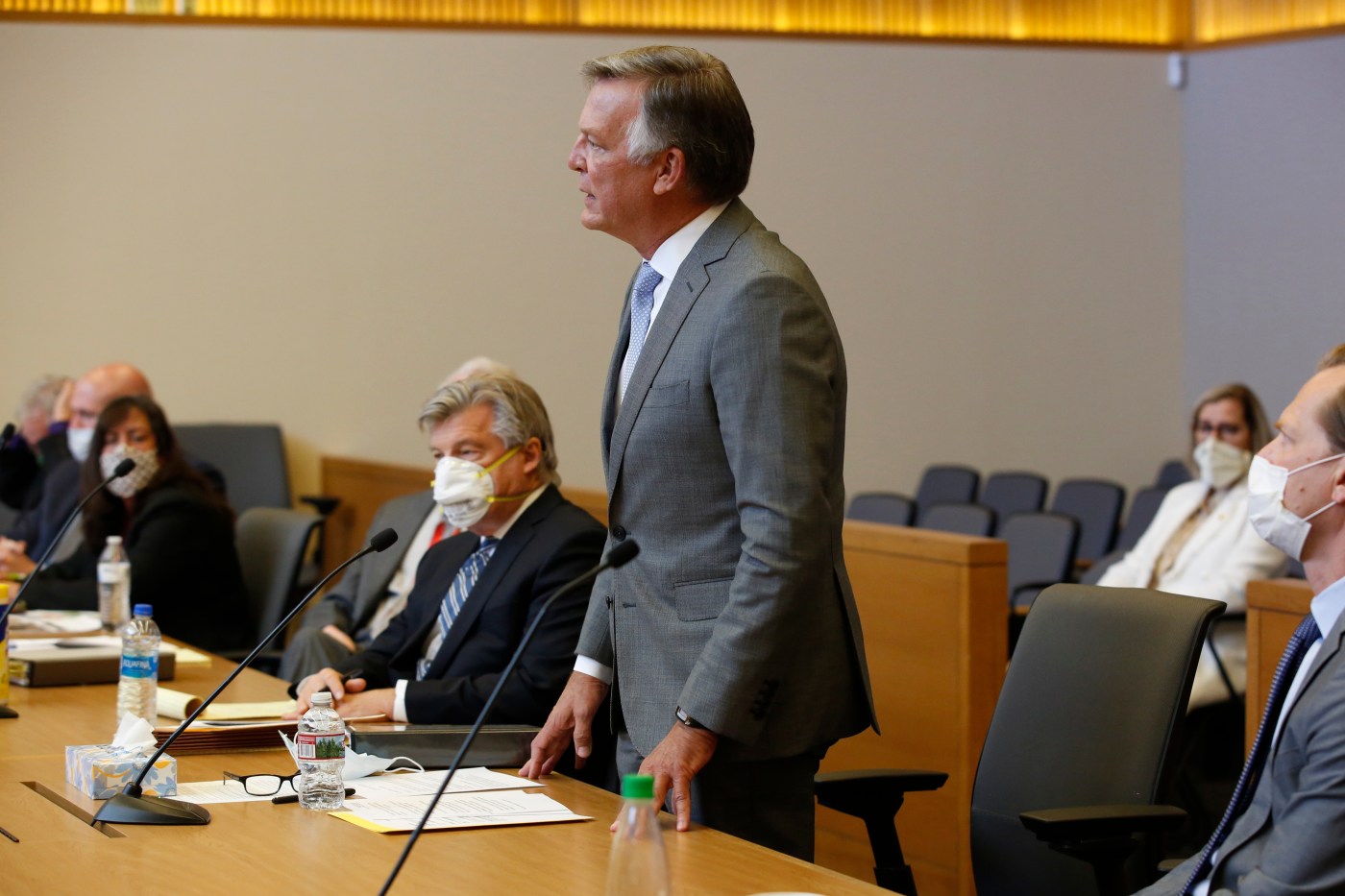 Several top PG&E executives harvested hefty increases in their pay during 2020, a year in which the company emerged from bankruptcy and caused a fatal wildfire in Shasta County, a regulatory filing on Thursday shows.

William Smith, who was interim PG&E chief executive officer during 2020, captured $6.17 million in pay, as measured by his total direct compensation, according to a company filing with the Securities and Exchange Commission. Smith took over as interim — and temporary — CEO in June 2020.

In January 2021, Patti Poppe took over the CEO post at PG&E, a holding company whose principal operating unit is utility behemoth Pacific Gas & Electric Co. Prior to taking the top executive role at PG&E, Poppe was CEO at Michigan-based CMS Energy, a utility company.

Poppe’s base salary for 2021 is slated to be $1.35 million, the SEC filing stated. The new CEO’s long-term incentive award has a target value of $9.25 million for 2021, according to the SEC document.

In addition, for 2021, the PG&E board granted Poppe a one-time award of restricted stock valued at $31.92 million and a one-time cash award of $6.6 million to replace her annual bonus in 2020 from her former company CMS.

All told, six out of seven top executives with PG&E who were with the company for two or more years corralled major increases in their total direct compensation during 2020, PG&E reported in its annual proxy statement filed with the SEC on Thursday.

Outgoing CEO William Johnson harvested a gain of $1.72 million from the sale of stock options that he had previously been granted.

Interim CEO Smith lassoed a gain of $2.03 million from the sale of stock options, the SEC documents disclosed.

Among the PG&E executives who received higher pay in 2020, as stated in the SEC documents:

PG&E is attempting to bounce back from a decade of disasters ushered in by a 2010 fatal explosion in San Bruno that killed eight and destroyed a city neighborhood. In 2016, a federal jury convicted PG&E of felonies it committed before and after the explosion.

During the past decade, PG&E was found to have caused a string of catastrophic wildfires, including a deadly blaze in …read more