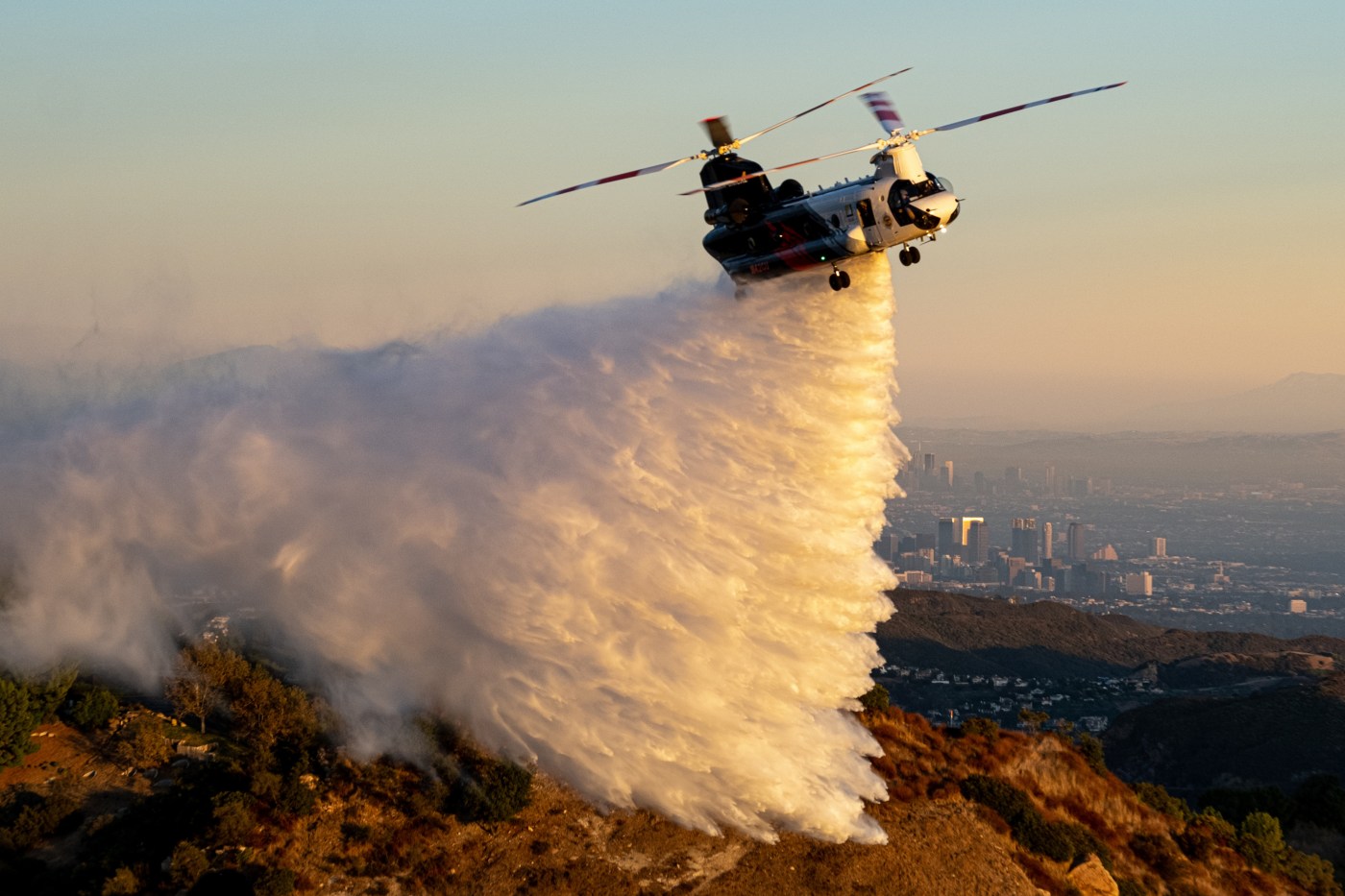 A helitanker capable of dropping 3,000 gallons of water or fire retardant atop flames in a single go demonstrated its firefighting abilities in Topanga on Tuesday.

It’s dubbed by fire authorities as “the world’s largest helitanker.” Southern California Edison provided funding to help lease and operate the aircraft. Like other electric utilities, SCE’s equipment has been blamed for sparking some of the states’ massive wildfires, including the Woolsey fire in 2018.

Stationed in Los Alamitos, the CH-47 Chinook helitanker is available for use around the clock to respond to fires in Orange, Los Angeles, Riverside and San Bernardino counties, fire authorities said. It has already seen action on the Silverado fire that started last month in Orange County.

During the practice session on Tuesday, the tanker filled up in an automated water station and unloaded its watery cargo onto the parched hills of Topanga.

“This very large helitanker will deliver a very powerful punch and make a significant difference on the fire line,” Fennessy said previously in a statement.

The challenges of saving Big Basin