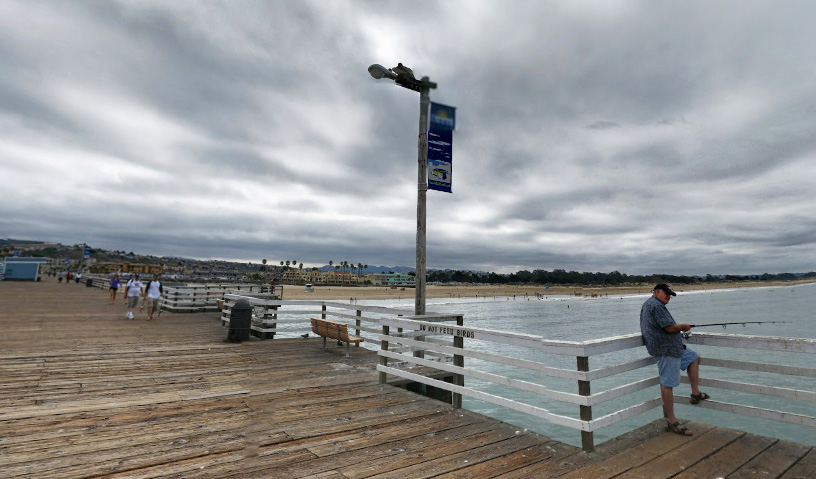 A man found dead on the shore at Pismo Beach is thought to have drowned after jumping from the pier.

The body, on the beach near Ocean View Avenue, was reported around 2 a.m. Monday by a 911 caller.

The initial indication was that the man was fishing from the Pismo Beach Pier the previous evening and jumped into the ocean to retrieve a lost item, said Adan Orozco, a spokesman for the California Department of Forestry and Fire Protection.

He apparently then drowned. The man may have been in the water for a few hours before his body washed up on the shore, Orozco said.

The pier is about 300 yards north of where the body was found.

Pismo Beach police are investigating the death, and the San Luis Obispo County coroner is expected to conduct an autopsy. The man’s name was not released Monday.

Child out of coma after crash involving Chiefs’ Britt Reid

Man injured after getting caught in doors of BART train

Death of hiker who fell off Marin Headlands cliff under investigation