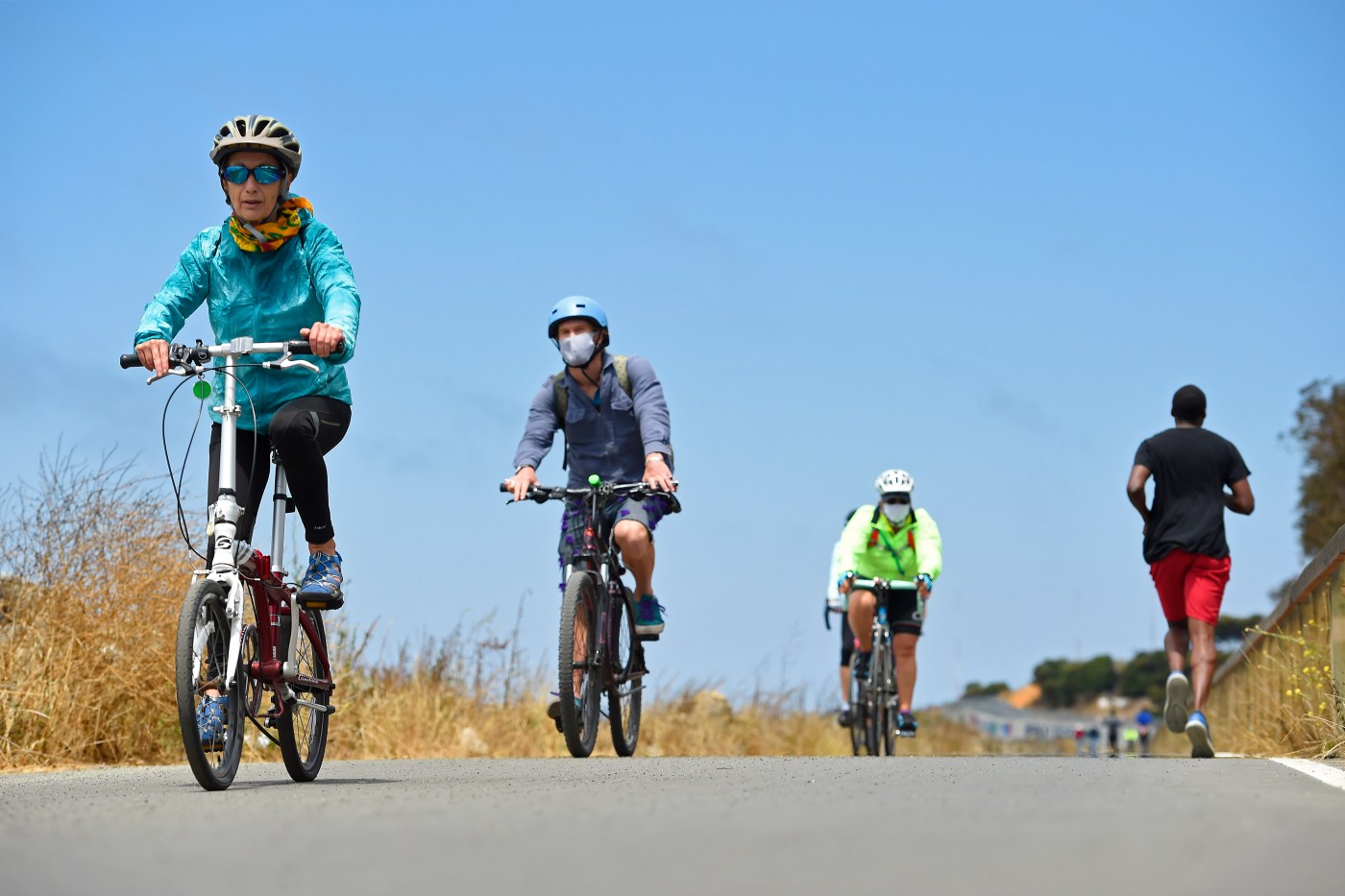 SAN LEANDRO — Plans are underway to change a portion of one of the city’s busiest thoroughfares from six traffic lanes to four in a bid to make it safer for cyclists.

The switch will happen on Hesperian Boulevard between Fairmont Drive near Bayfair Center and Springlake Drive, a little north of Interstate 238. That stretch of road can have as many as 30,000 vehicles passing along it each day, according to the city.

The street already has bicycle lanes. But now in the works are plans to upgrade the road, including repaving in some places — and that has prompted city officials to consider long-term ways the street can be reconfigured to make the bike lanes safer.

That might include installing a concrete median between cyclists and motorized traffic, a concrete median with shrubs and other landscaping, using plastic bollards as a barrier, or changing the alignment of parking so that vehicles are farther away from the curb as a way to create a lane for cyclists to travel nearer the curb.

The goal is that parked vehicles would become a buffer between passing traffic and cyclists, making bike riders safer.

Oakland adopted that approach on Telegraph Avenue in the neighborhood north of downtown and south of the Temescal district. Alameda did the same across from Robert W. Crown Memorial State Beach.

“We are really at a very preliminary stage right now, and the actual details of the design are not defined,” Keith Cooke, San Leandro’s director of engineering and transportation, told the City Council on Jan. 4. “We are really talking about the concept in general.”

The council voted 6-1 to go forward with changing the lane configuration. Vice Mayor Pete Ballew cast the lone no vote.

Motorists and bike riders should not expect the lane changes to happen any time soon, however.

Currently, San Leandro does not have money to pay for widening the lanes, outside of painting and restriping during general maintenance of Hesperian.

But Cooke said funding could come from state grants and the Alameda County Transportation Commission, including money available from Measure BB. Alameda County voters passed the measure, projected to raise approximately $1.4 billion for local transportation projects over the next 30 years, in November 2014.

Cooke noted the city has approved supporting bicycle lanes in its general plan. In addition, the promotion of bicycle use is included in a plan the council adopted in 2018 that sets a vision for the Bayfair neighborhood to become a walkable, transit-oriented community hub.

Resident Leo West told the council that eliminating traffic lanes would cause congestion.

He said he was concerned that shoe-horning vehicles into fewer lanes could lead to them idling because of back-ups, hurting the environment through greenhouse gas emissions, and that some motorists would seek to avoid any slowdown by cutting through nearby streets, affecting those neighborhoods.