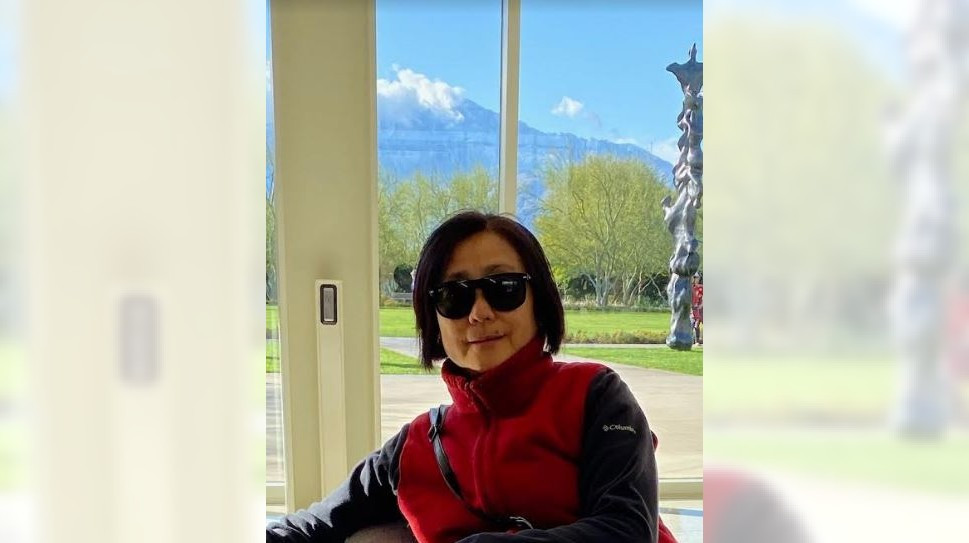 A woman was stabbed to death Saturday morning while walking her dogs in the La Sierra neighborhood of Riverside, in what police are calling a “random attack.”

Police took a woman into custody Saturday evening and she was held on suspicion of murder, a weapons charge, and being under the influence of an illegal drug, said Riverside police Officer Ryan Railsback, spokesman for the department.

Residents began to call police about a woman lying along Golden Avenue, north of Stonewall Drive around 7:30 a.m. in the La Sierra neighborhood of Riverside, police said.

After officers and fire paramedics found the woman bleeding from her abdomen with multiple stab wounds, she was transported to a local hospital where she later died, police said. The victim was identified as Ke Chieh Meng, 64, of Riverside.

Police said they suspect the woman had been walking her two small dogs when her assailant stabbed her.

Amid the commotion of officers at the Riverside neighborhood, residents began to call authorities about a woman walking through their yards, Railsback said. Officers found and detained the woman, who authorities identified as Darlene Stephanie Montoya, 23, of Monterey Park.

Montoya had been arrested by Riverside Police officers on Tuesday on suspicion of attacking a woman with a skateboard on Tyler Avenue at the 91 Freeway overpass.  “Officers arrested and booked Ms. Montoya into jail for assault with a deadly weapon, but due to the current emergency bail schedule during the COVID-19 pandemic, she was released on a ‘Notice to Appear’ citation,” a police statement said.

The victim in Saturday’s attack was of Asian decent, but investigators said they believe her race was not a factor in the attack.

“This one is looking like the victim was just randomly attacked by the suspect, but not attacked because of her race,” Railsback said.

Railsback said the victim in Tuesday’s case was a white woman.

Yet amid an increase of anti-Asian incidents and attacks across the United States, investigators will still look into the possibility of a hate crime, Railsback said. “Right now, they will make sure they cover all their bases,” he said.

The Associated Press contributed to this story.

‘She was stalling her own murder’: Jurors hear closing arguments on killing of pregnant East Bay woman