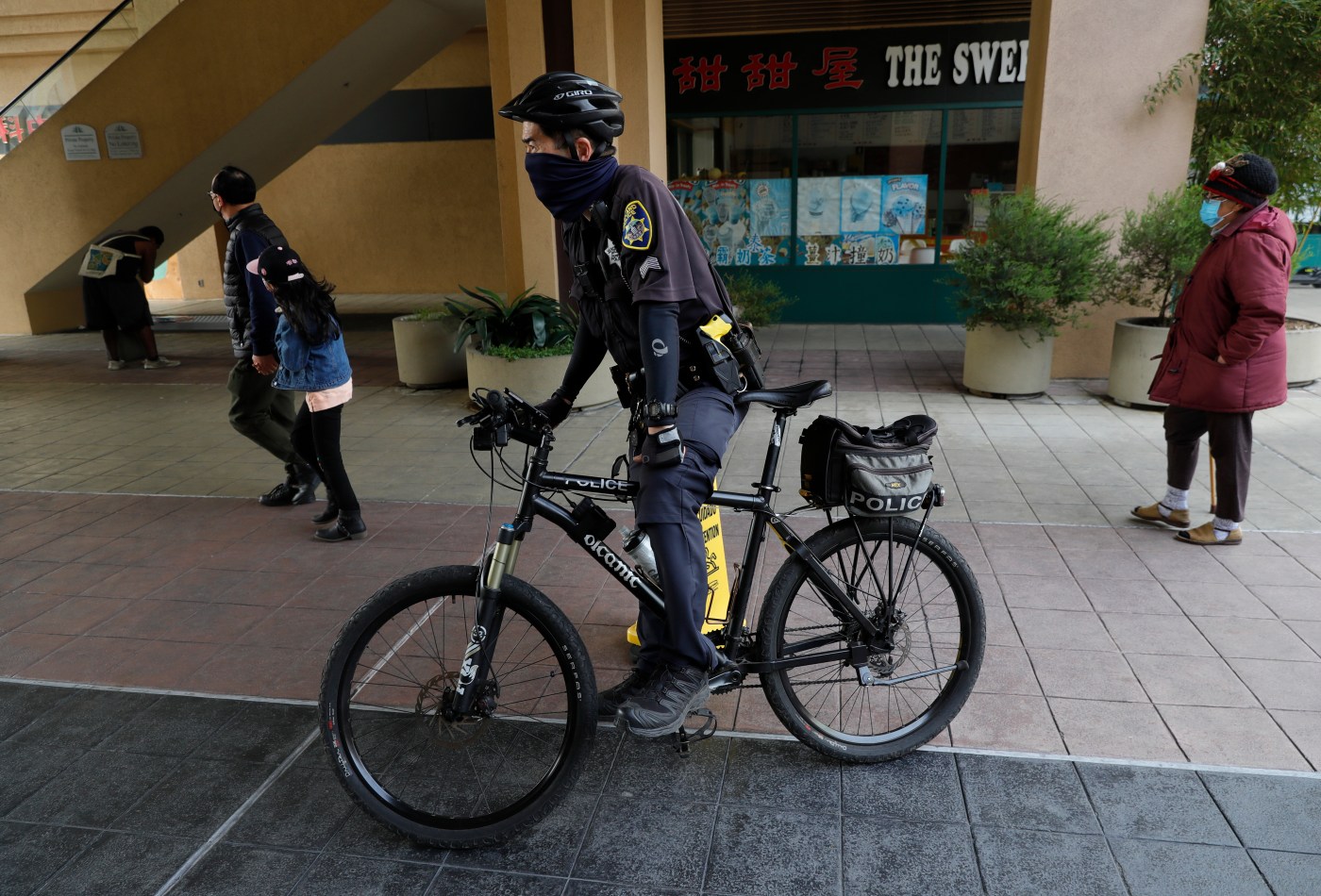 OAKLAND — Authorities said a man intervened in a Chinatown robbery attempt — firing a gun at suspects — on Monday, an incident that drew a response Tuesday from the city’s new police chief.

No one was injured. Police said they had taken a person into custody at the scene of the robbery, but did not provide information about any suspected charges on which he was being held.

Officers responded to 9th and Franklin streets shortly after 5:45 p.m. Monday for a shooting report, police said. Once they arrived, they learned that the victim was outside a business when a vehicle pulled up behind her, a person got out and tried to take a camera from around her neck.

Other citizens nearby responded, but one citizen pulled out a gun and fired several shots at the robber, who got back into the vehicle and fled, police said.

In remarks at police headquarters and delivered Tuesday via social media, new Oakland police Chief LeRonne Armstrong discouraged the alleged shooter’s actions and urged residents and visitors not to directly challenge suspects or place others’ safety at risk.

“We just want to reassure the community that we’re doing a thorough job of investigating what happened last night, and the district attorney will determine whether charges are” filed.

A spokesperson for the Alameda County District Attorney’s Office declined to comment, citing a pending investigation.

Anyone with information may call the police department’s robbery section at 510-238-3951.