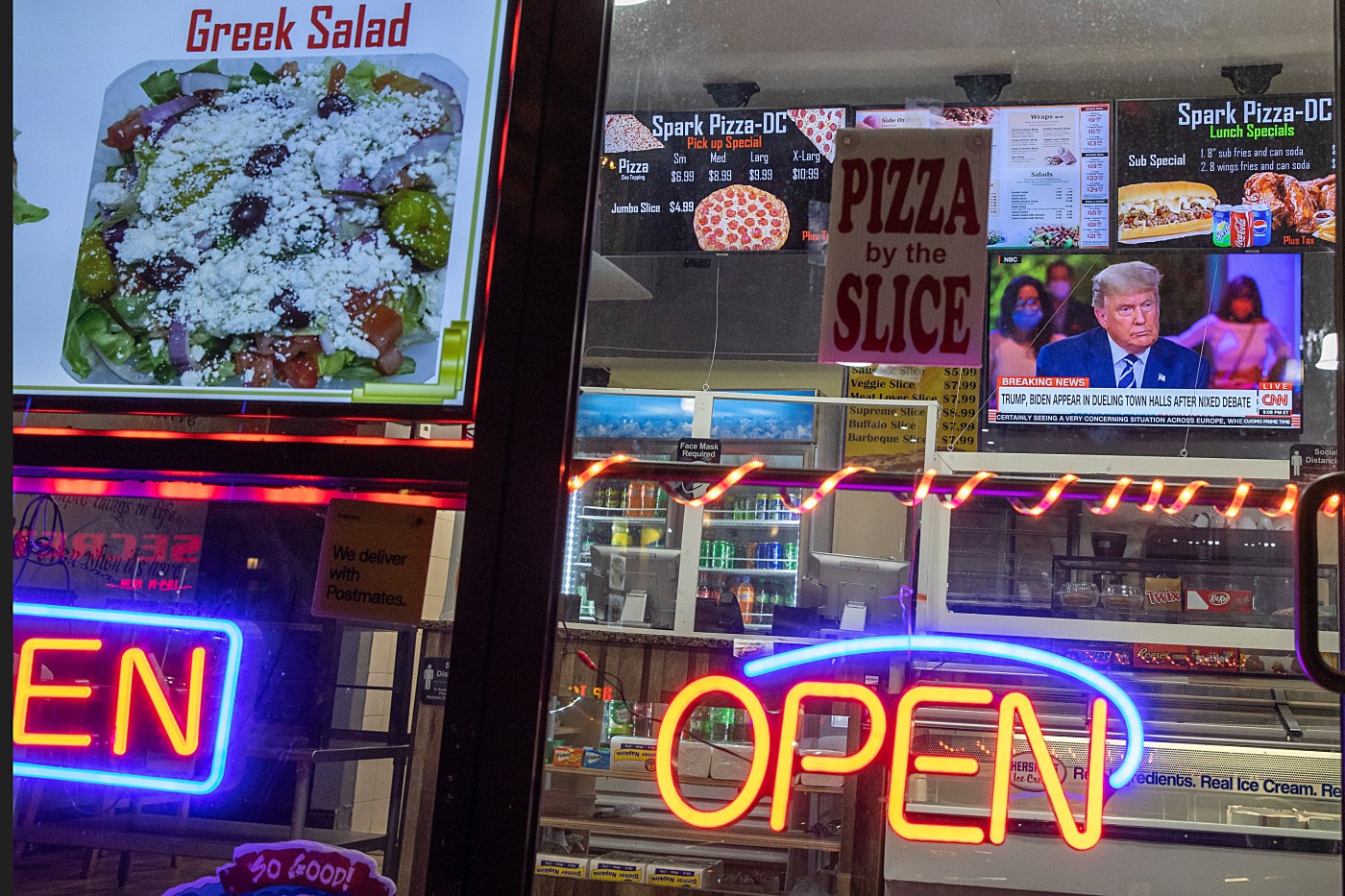 NEW YORK — The overwhelming majority of voters believe the nation is deeply divided over its most important values, and many have doubts about the health of the democracy itself. And supporters of President Donald Trump and Joe Biden alike think the opposing candidate will make things even worse if elected, according to a new poll from The Associated Press-NORC Center for Public Affairs Research.

Overall, 85% of registered voters describe Americans as being greatly divided in their values, and only 15% say that democracy in the United States is working extremely or very well. The poll shows voters overall are especially pessimistic about the impact of Trump’s reelection: 65% say divisions would worsen if the Republican president were reelected, a number that includes a quarter of his supporters.

Thirty-five percent of voters believe Biden would divide the country further should he win the presidency. More, 47%, think the country would be unified if the Democrat were elected.

“Somebody’s got to unite our country,” said Gary Conard, a 64-year-old Republican who lives in Clever, Missouri. “I just think our society is confused and in trouble.”

The poll offers a window into the depth of the division and chaos shaping the American electorate less than three weeks before Election Day. Voters are sharply divided over several major issues based on their partisan lenses, including their personal safety during the coronavirus pandemic, the value of diversity and the health of American democracy.

The cavernous rift represents a daunting challenge for the winner of the November election, as voters from each side seem to agree only on one thing: the extent of their divisions.

They said it: Let’s make a deal

About half of all voters say that democracy in the United States is not working well, and about another third think it’s working only somewhat well. Roughly twice as many Biden supporters as Trump supporters have a pessimistic view of the health of democracy. Still, 3 in 10 Trump supporters say democracy isn’t working well. And at least 8 in 10 on both sides say the other candidate’s election would weaken democracy.

While Republicans fear the possibility of what Trump predicts without evidence will be a rigged election, Democrats are worried that inconsistent election laws, voter intimidation and Republican lawsuits will make it more difficult for their supporters to cast ballots given heightened health concerns during the pandemic.

The poll finds fewer than half of voters say they are highly confident that votes in the election will be counted accurately, but more Biden supporters than Trump supporters say that, 53% vs. 28%.

There also are dramatic differences in concerns about the pandemic — and views of Trump’s response to it — based on political leanings.